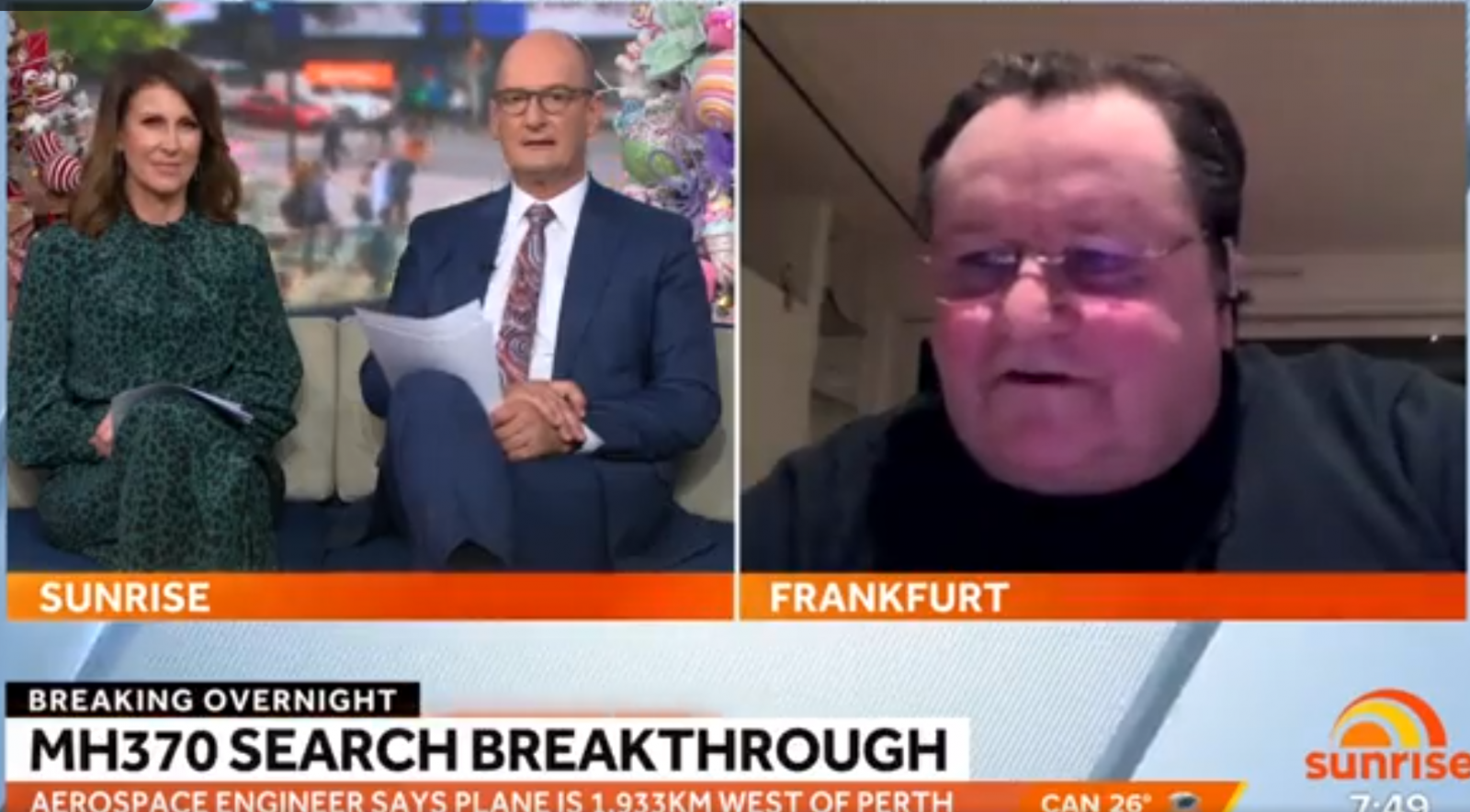 One of the greatest aviation mysteries of all time may have been solved, with aerospace engineer Richard Godfrey telling us he's "very confident" he has found where missing plane MH370 is located. pic.twitter.com/kajsK1TuG8

In each case, he was able to track the flight accurately in trials adjudicated by AirlineRatings.com/The West Australian and a former Qantas 747 captain.