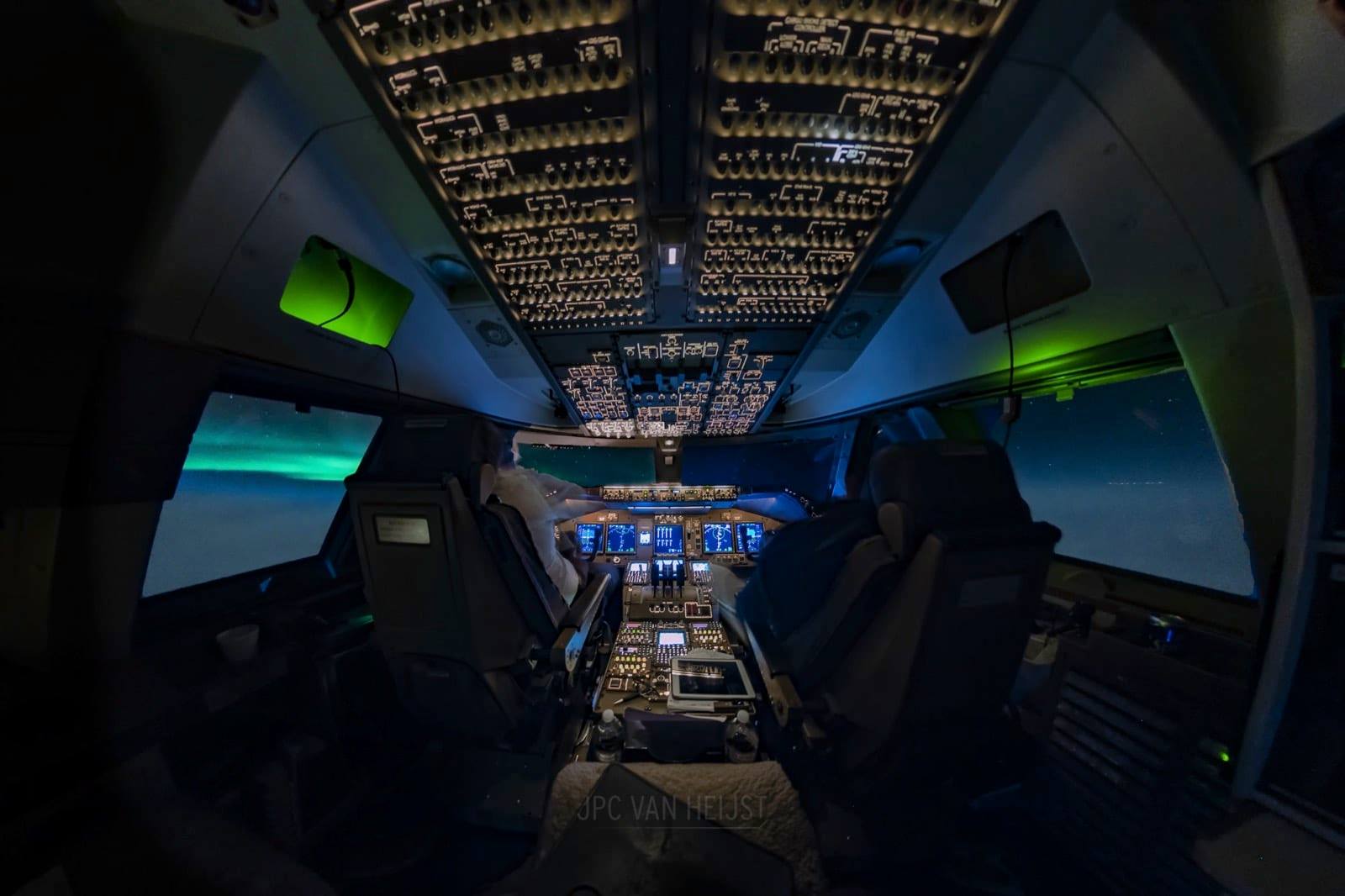 Captain Christiaan van Heijst has taken a stunning 747 cockpit photograph with the northern lights making it look like a spaceship.

“The bridge of a flagship, two pilots, six windows, and a view that’s second to none.
Some pilots prefer to keep the bright floodlights on to ‘stay awake’ while flying through the night, turning the cockpit into a very small enclosure with the windows acting like pitch-black mirrors. It makes me feel claustrophobic and spiritless when I have to sit in such a cramped enclosure without a view for ten hours straight.

“Whenever possible, I prefer to keep the lights dimmed and catch a glimpse from the world beyond through those windows. Views that stretch across horizons, giving me a sense of depth and space. We’re not always lucky, but sometimes those long nights come with vivid shows of northern lights, bright moonlight, shooting stars, flashing thunderstorms, or a combination of any of them. A unique perspective of the world that most other people can only dream of, flying the Queen of the Skies.

‘Hey, honey how was your flight?’
‘Uneventful, how was your day?’ The standard answer when all went well and it’s not even cynical, though I often realize afterward that my working days are anything but mundane. Crossed two oceans, counted a dozen shooting stars in various colors, northern lights that danced and waved as if they were guided by invisible hands, pilots in other planes in empty skies flashing their lights to us to say hello, great conversations with a colleague and finished it off with a graceful landing.

“Uneventful. Another day in the office.

“Have a nice weekend!”