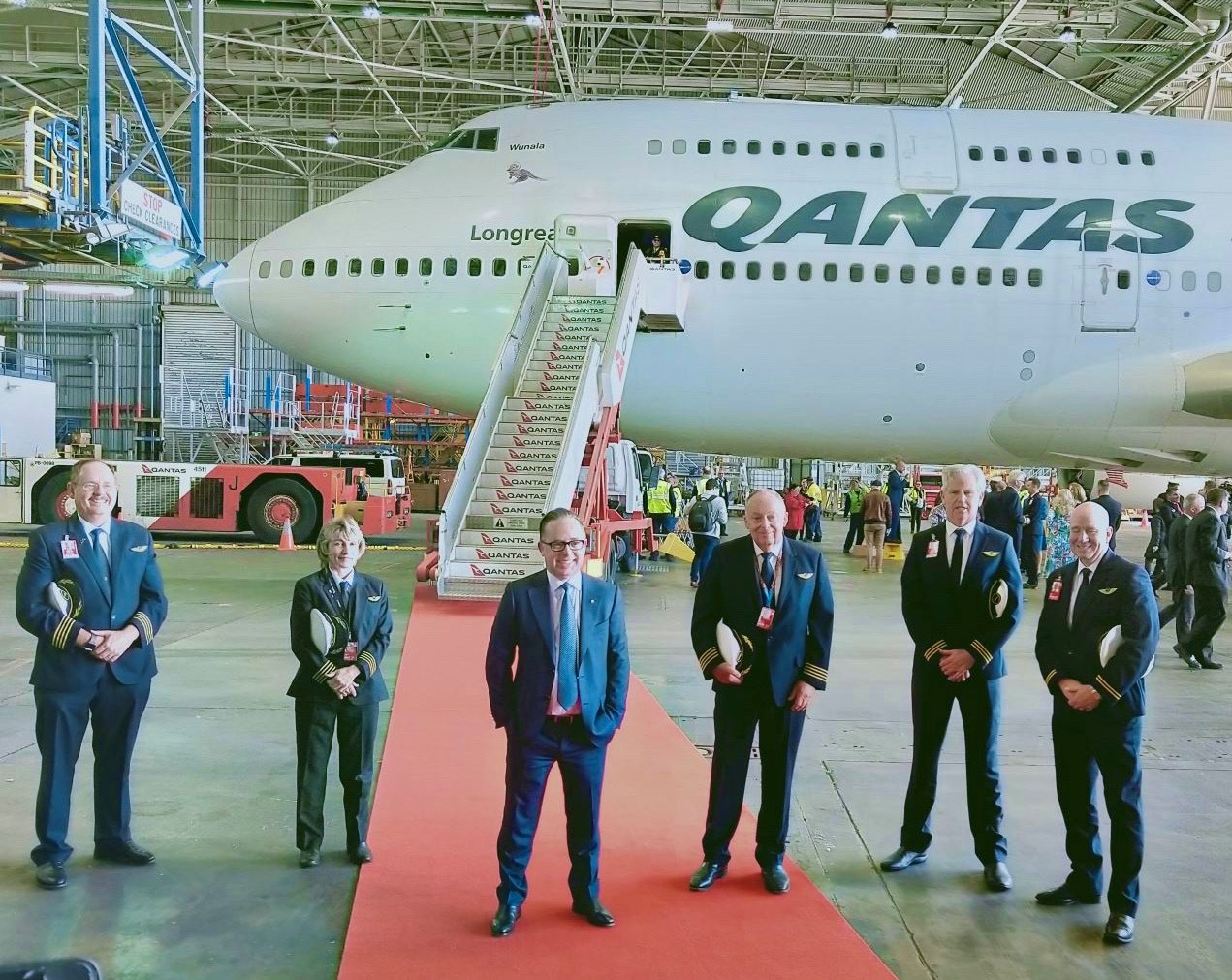 The Queen of the Skies ends her reign in Australia Wednesday as a Qantas Boeing 747 brings down the curtain on almost a half-century of service that changed the way Australians travel.

The last Boeing 747-400, registration VH-OEJ and delivered in 2003, departs Sydney at 2 pm with a cargo hold full of freight for Los Angeles and then California’s Mojave Desert.

Weather permitting, it will do a flyby of Sydney Harbour, the city center and northern and eastern suburbs beaches before heading south for a low level overfly of Historical Aircraft Restoration Society’s (HARS) museum at Albion Park to dip its wings to Qantas’ first 747-400, VH-OJA, on exhibition there.

The jumbo jet was instrumental in overturning Australia’s much-lamented tyranny of distance by making travel affordable to its population and transporting them over decades to destinations across the globe.

This reporter can still remember walking across the tarmac at Perth Airport and staring up in awe at a 747 in the 1970s before boarding it for a return trip to London on a very reasonable $799 return fare.

And while the departure of VH-OEJ is an emotional milestone for those of us who flew at the back of the 747, sometimes stretched out on a row of empty seats, it is even sadder for those who flew the giant plane.

“I have flown this aircraft for 36 years and it has been an absolute privilege,’’ says Sharelle Quinn, who was the first Qantas female captain and who will command the final flight.

“From the Pope to pop stars, our 747’s have carried over 250 million people safely to their destinations. Over the decades, it’s also swooped in on a number of occasions to save Aussies stranded far from home.

“It has been a wonderful part of our history, a truly ground-breaking aircraft and while we are sad to see our last one go, it’s time to hand over to the next generation of aircraft that are a lot more efficient.”

Qantas had always planned to retire the 747 as the four-engine giant succumbed to more fuel-efficient newcomers such as the Boeing 787 and Airbus A350.

It is a fate also facing its successor, the A380 superjumbo, as Airbus ends production of the plane.  Qantas is consigning its fleet of 12 A380s to storage in the Mojave Desert and says they could be there for as long as three years.

READ: Last A380 sadly makes its way through villages in France.

The airline brought forward the 747 retirement by six months after the aviation industry was savaged by the COVID-19 pandemic and gave passengers an opportunity to say goodbye to the aircraft in sell-out joy flights from Canberra, Sydney and Brisbane.

Qantas took delivery of its first 747-200 in August 1971, as McDonald’s was opening in Australia and Daddy Cool’s “Eagle Rock” topped the music charts.

The first flight of the CITY of Canberra was on September 17, 1971, from Sydney to Singapore via Melbourne with 55 first-class and 239 economy class passengers.

The airline’s 65 jumbo jets flew over 3.6 billion kilometres over the half-century, the equivalent of 4700 return trips to the moon or 90,000 times around the world.

Milestones included the introduction of the world’s first business class cabin, a Qantas innovation, and rescue missions that included evacuations after Darwin’s Cyclone Tracy, after the 2004 Boxing Day Tsunami and from Cairo after political unrest in 2011.

Qantas flew six versions of the plane and the range and capabilities increased over time to culminate in the 747-400ER used on longer routes such as Melbourne-Los Angeles.

The sporty 747-SP was the first model that allowed nonstop operations across the Pacific in 1984, a capability that was widened in 1989 with the arrival of the -400, which also allowed one-stop flights to Europe.

A new record was set when VH-OJA, the 747-400 housed at HARS, flew the first non-stop civil flight between England and Australia using a special high-density fuel and carrying a handful of passengers in August 1989. The record stood until broken in 2019 by a Qantas Dreamliner.

The big planes featured several liveries over the years, the most striking of which were the red Aboriginal-themed Wunala Dreaming, launched in 1994, and Nalanji Dreaming (1995).

“It’s hard to overstate the impact that the 747 had on aviation and a country as far away as Australia,’’ notes Qantas chief executive Alan Joyce.

“It replaced the (Boeing) 707, which was a huge leap forward in itself but didn’t have the sheer size and scale to lower airfares the way the 747 did.

“That put international travel within reach of the average Australian and people jumped at the opportunity.”

The 747 was well ahead of its time and extremely capable, Joyce adds.

“Engineers and cabin crew loved working on them and pilots loved flying them. So did passengers.

“They have carved out a very special place in aviation history and I know they’ll be greatly missed by a lot of people, including me.”