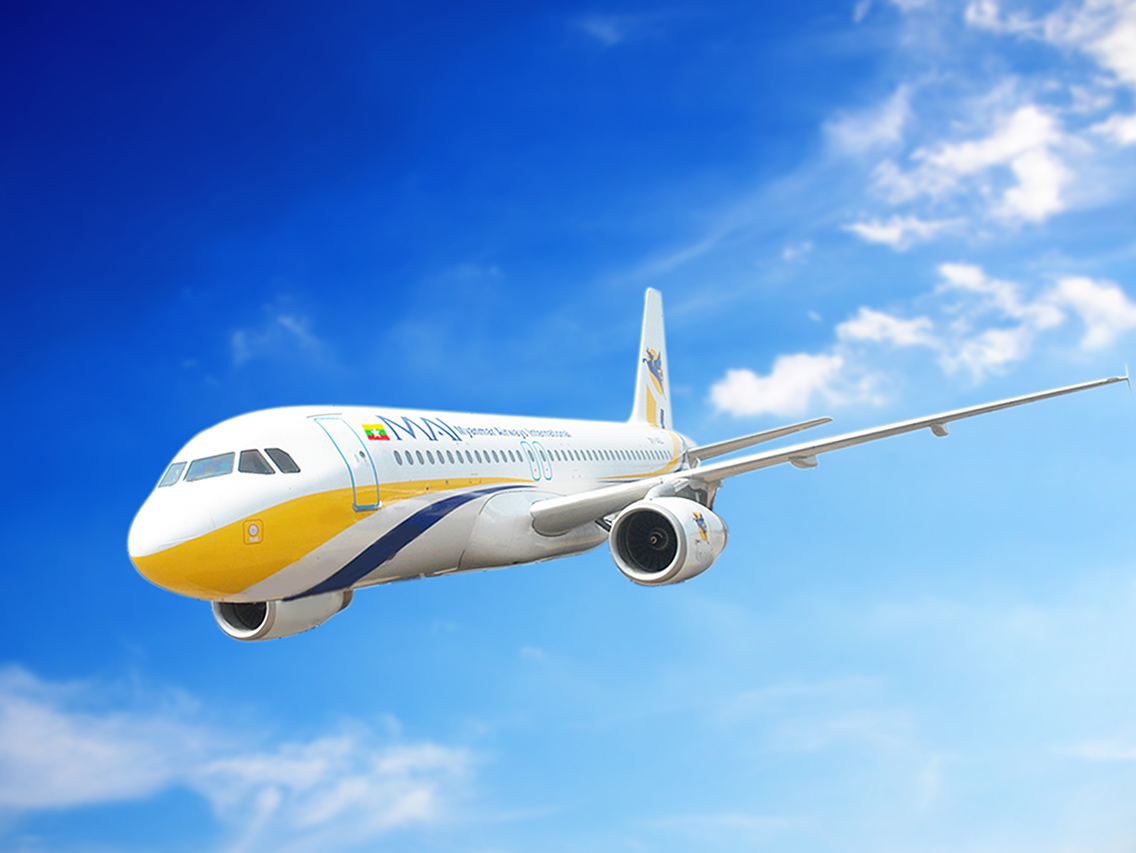 Established in 1993, Myanmar Airways International (MAI) has been recently awarded 7-star safety rating by AirlineRatings.com, the world’s only safety, and product rating agency.

MAI is the first and only recipient of the IATA Operational Safety Audit Program (IOSA) in Myanmar and has been able to maintain a 100 percent safety record since its inception.

The airline emphasizes safety as a pivotal part of its operations with its fleet operated and maintained by an internationally experienced team of skilled aviation personnel.

The airline currently operates scheduled service to Bangkok (BKK), Singapore (SIN), Guangzhou (CAN) and Kolkata (CCU) from its main base at Yangon International Airport (RGN) and the carrier’s fleet consist of Airbus A320 family aircraft.

It also has a seasonal service to Gaya which caters to religious pilgrim traffic. Overall, MAI has more than 5 percent of the international seat capacity in Myanmar.

As part of MAI’s ambitious growth plan, MAI resumed its expansion in 2019 and is on track to regain its former position as the largest competitor in the international market amongst Myanmar carriers.

MAI’s fleet plan includes four additional aircraft, which it hopes to put into service between Q3 and Q42019, with the aim of launching five new routes and grow international passenger traffic by more than 20 percent.

More rapid traffic growth in 2020 is likely, driven by the full year impact of the routes and aircraft added in 2H2019.

MAI also has extensive codeshare and interline partners across the region, including SriLankan Airlines (UL), Garuda Indonesia (GA), Royal Brunei Airlines (BI) and many others – allowing passengers to connect to and from Myanmar effortlessly to regional destinations.

The country of Myanmar now achieves a one-star rating for its oversight.

Myanmar Airways International has a perfect safety record in the modern era and is an IOSA – the International Air Transport Association Operation Safety Audit – audited airline.

IOSA was first introduced in 2003 to curb the disturbing trend in airline accidents that could be attributed to simple processes and maintenance programs.

Since it was introduced airlines that have completed IOSA have up to a three-fold safer safety record than airlines that do not do the audit.

“Myanmar Airways International is been a major part of the economic life of Myanmar,” said Thomas. “This is an excellent outcome and will help promote tourism to Myanmar.”

The other main safety criteria are; Is the airline on the European Union (EU) Blacklist; has it a fatality free record for the past 10 years and is the airline FAA (USA).