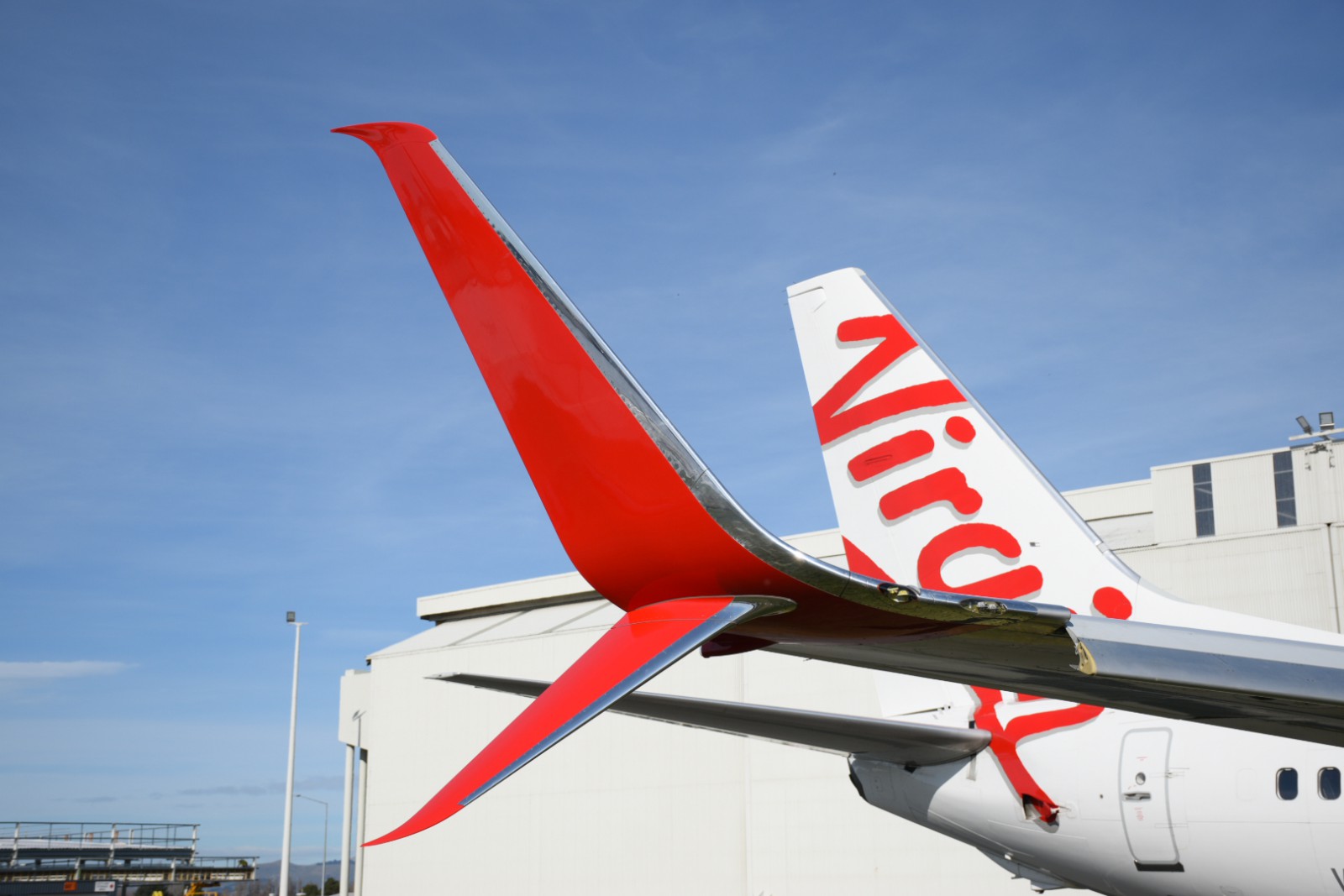 My wingtip is fancier – and better – than yours says Virgin Australia. That is the boast from Virgin Australia as it unveils its first 737 with Split Scimitar Winglets, which will deliver both economic and environmental benefits.

Split Scimitar Winglets improve the fuel efficiency of the aircraft by reducing the drag created at the end of the wingtip and by distributing the lift of the aircraft more evenly across the whole wing.

WATCH: How would you rate this incredible pilot

“With fuel being one of the largest costs for airlines, we’re attracted to the benefits the winglets can provide. The fuel benefits increase with sector length so we’ll be retro-fitting the winglets to five of our Boeing 737 NG aircraft currently operating services to destinations like Fiji, New Zealand, Bali and the Pacific Islands.

“We’ve estimated the winglets will save us, approximately 160,000 kilograms of fuel, which equates to 200,000 litres and a reduction in carbon dioxide emissions of approximately 515 tonnes, per aircraft, per year. That’s the equivalent of planting 7,725 trees, just from one aircraft’s annual savings.

“We’re proud to be the first Australian airline to introduce the winglets and continue to find ways to reduce our impact on the environment and be a more socially responsible airline,” Mr Aggs said.

The technology developed by Aviation Partners Boeing, is being used by many airlines globally who are reaping the economic and environmental benefits of the winglets.