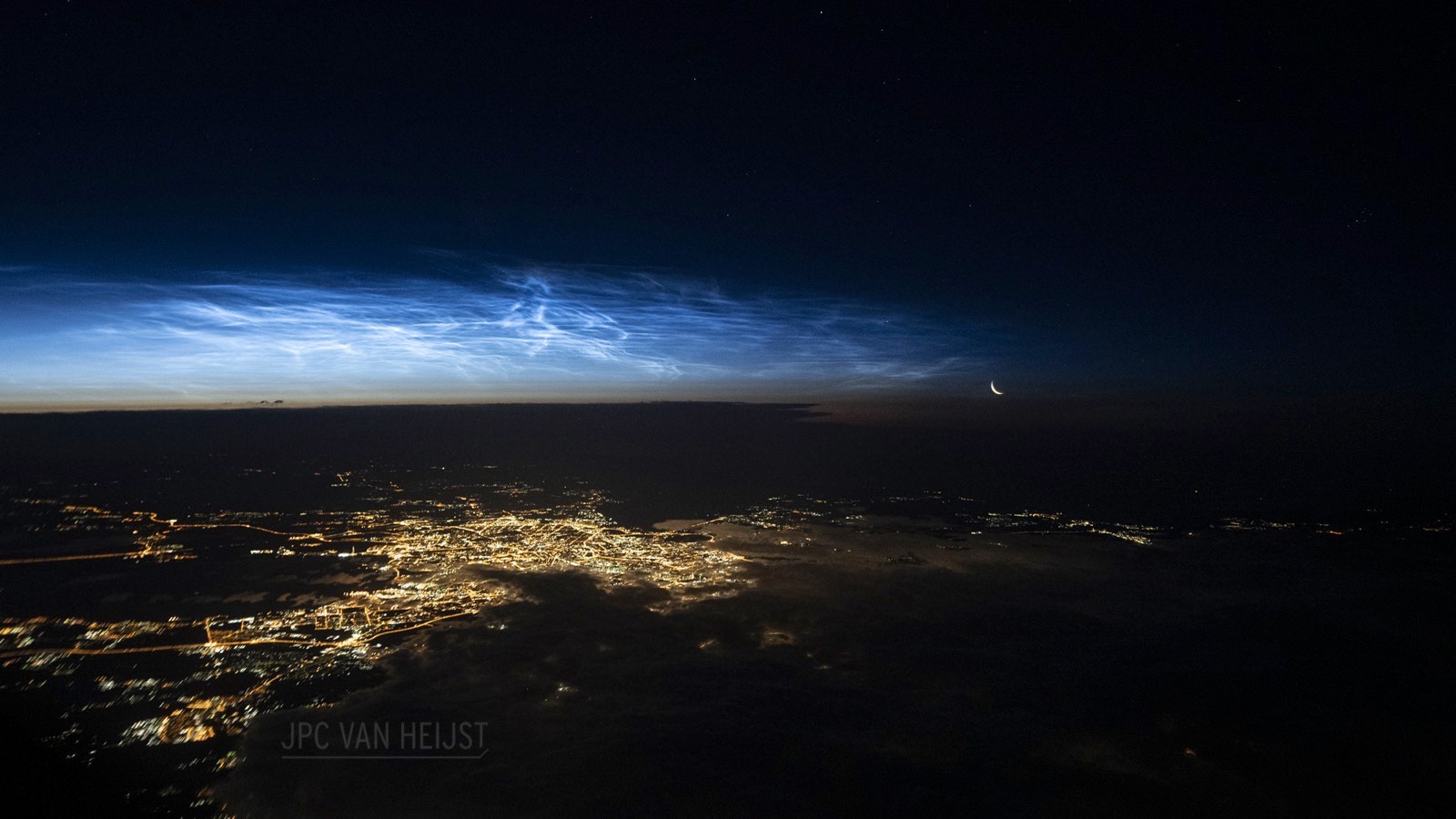 A stunning photo of shining clouds over Saint Petersburg has been captured by 747 pilot Christiaan van Heijst.
Christiaan van Heijst takes up the story of the Noctilucent “night-shining” clouds shimmering in the midnight skies north of Saint Petersburg, a crescent moon rising over the horizon.
“These blue and white glowing streaks of cloud are sometimes mistaken for the northern lights by the casual observer, though these phenomena have nothing in common.
“Where the northern lights are glowing curtains of light that form from charged solar particles getting caught in the Earth’s magnetic poles, noctilucent clouds are stretched films of ice particles caught in the highest parts of the planet’s atmosphere up to 80 km (250,000 – 280,000 ft) altitude.
SEE more of Christiaan’s work here.
READ: Qatar Airways increases US destinations.
“They show up as a glowing veil in the northern skies from May to August, reflecting sunlight from across the horizon.
“On the ground, the lights of Saint Petersburg are passing by in slow-motion; the city that saw so much suffering in the last few centuries. Having served as the capital of the Tsarist Russian Empire for three centuries until late in the First World War, when the Bolsheviks started their October Revolution right here.
“Mutiny, civil war, besiegement, famine, purges, and just as many changes of name, with millions of casualties over the century. But the city is still here, carrying her turbulent but proud history on her shoulders; it is considered one of the cultural highlights of modern-day Russia. Definitely on my to-visit list.”