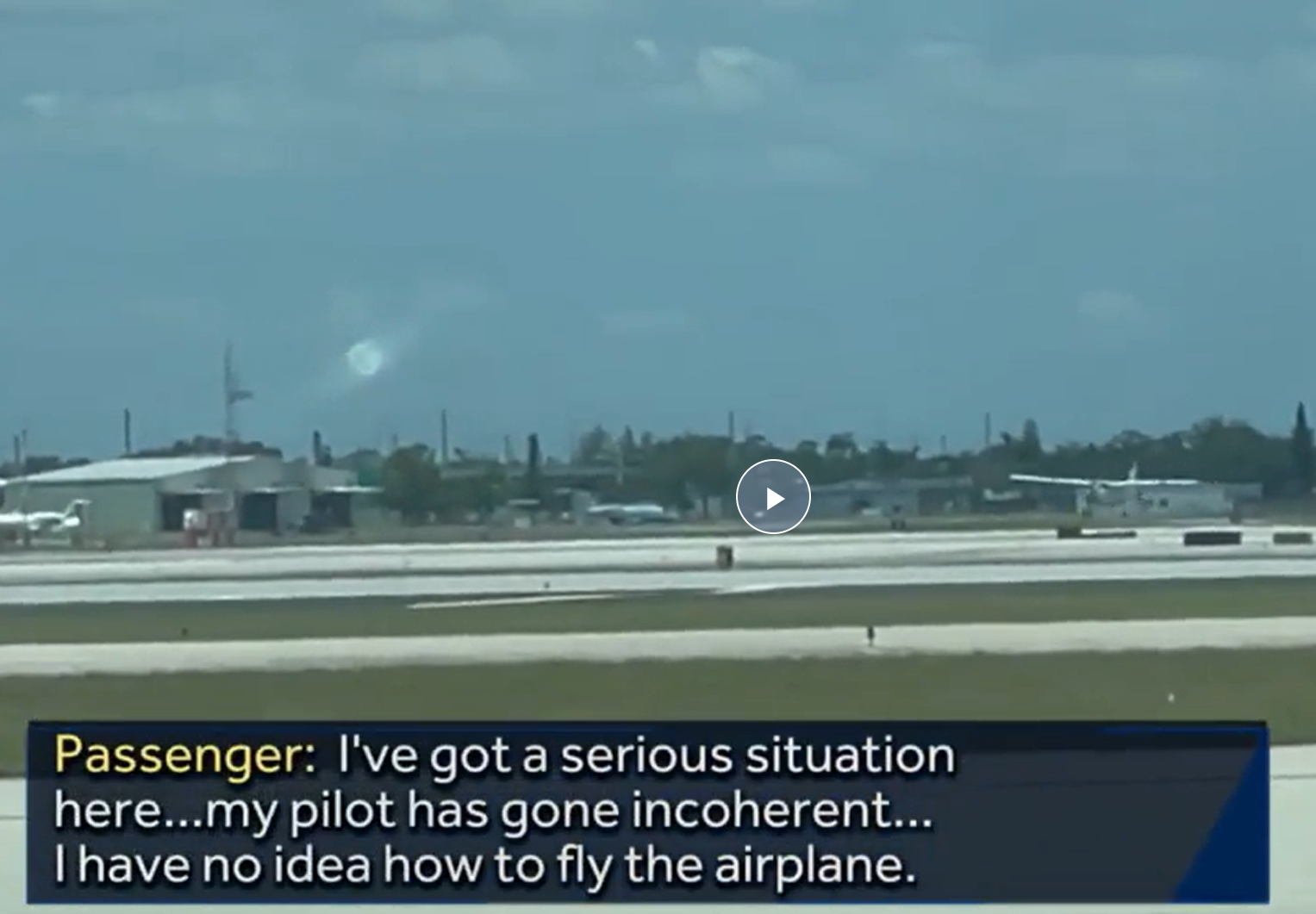 An air traffic controller in the USA has successfully guided a passenger on a private plane to land safely at Palm Beach International Airport in Florida after the pilot was incoherent during the flight Tuesday.

According to wpbf.com , citing the FAA, the incident happened at about 12:30 p.m. with a single-engine plane, believed to be a Cessna Caravan.

There were just two people on board at the time of the landing and one -the pilot – was taken to a hospital, according to Palm Beach County Fire Rescue.

“I’ve got a serious situation here,” the passenger said to traffic control from the cockpit. “My pilot’s gone incoherent. I have no idea how to fly the airplane…”

When asked where the plane was, the passenger responded, “I have no idea. I can see the coast of Florida in front of me and I have no idea.”

The Cessna Caravan was on a flight from Marsh Harbor in the Bahamas to Fort Pierce in Florida.

About one hour into the flight the pilot apparently fell ill and the passenger took over with the help of air traffic control and the plane was diverted to West Palm Beach.

Here is the flight path.

The air traffic controller said; “We’re gonna try to find you here on the radar.”

The controller finds the plane and then talks the passenger down to an almost perfect landing below.

🛬 "I've got a serious situation here," the passenger said from the cockpit. "My pilot's gone incoherent. I have no idea how to fly the airplane…" Watch the landing at PBIA after the traffic controller then guided the passenger to a safety. https://t.co/gLxS88axix pic.twitter.com/Y2UA6QQC4e