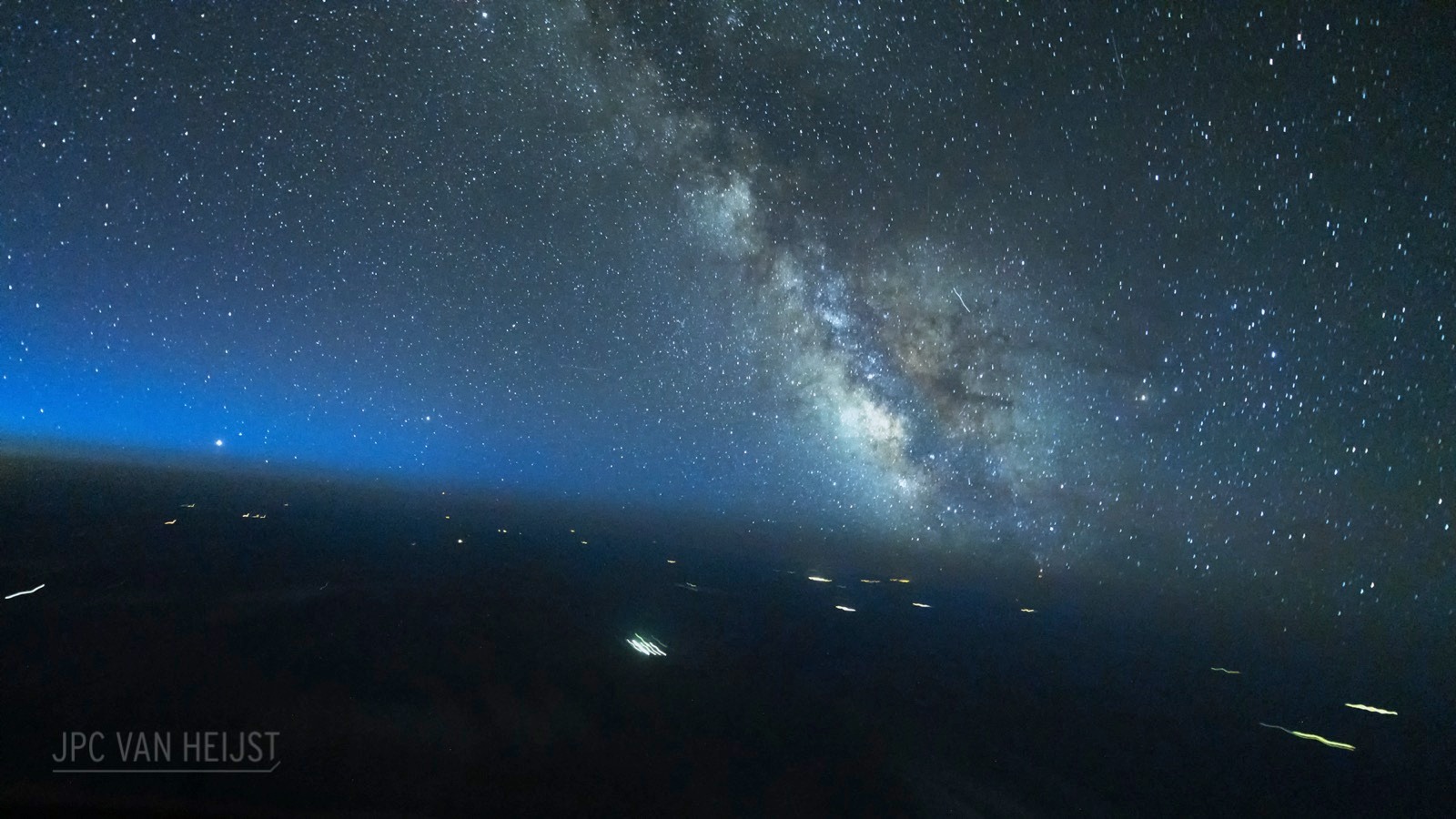 Our 747 pilot contributor Christiaan van Heijst has taken a stunning photo of the Milky Way over Mongolia.

“Flying over Mongolia, accompanied by the grandest of all nocturnal spectacles; the galactic core of the Milky Way. Containing approximately a trillion stars, it constitutes the equivalent of our local neighborhood in the universe; a spiraling mass of gas and stars that spans for over 100,000 light-years: the distance it takes for light to travel in one Earth-year. What I see with the naked eye is not so much an image of distance and scales, but a window through time.
“On an even larger scale, our galaxy is part of the Laniakea Supercluster, together with another 100,000 galaxies. And even better; this Supercluster is part of an even larger cosmic web of interconnected clusters that looks like a giant three-dimensional cobweb, not unlike a network of neurons in the human brain.
“Absolutely incomprehensible. And what lies beyond might be even more spellbinding in nature, though forever beyond our reach and understanding, hidden from sight by the ever-expanding cosmic inflation.
“I notice the hairs on my wrist as I press the shutter of my camera again. Tiny black threads containing millions of dead cells. Each containing about 100 trillion atoms, every atom consisting mainly of about 99,999999999 percent empty space, with a minuscule core/nucleus in the middle and a cloud of electron quantum-potential waves, collapsing into solid-state when observed (but that’s beyond the scope of this post).
“Zooming further into the super tiny core of the atom we find a collection of smaller particles; protons and neutrons, each made up of weird quarks and gluons. But what’s even more interesting is when we zoom much further in, we eventually reach the limit of where our understanding of space-time, general relativity, and quantum mechanics stops working; the Planck scale.
“The universe down to its fundamental pixels, where quantum fluctuations pop in and out of existence all the time, making up the fundamental laws of nature. A foam of quantum field waves that generate reality, somehow.
“I suddenly feel like making a fresh coffee, with a shot of milk. It’s been a long night.