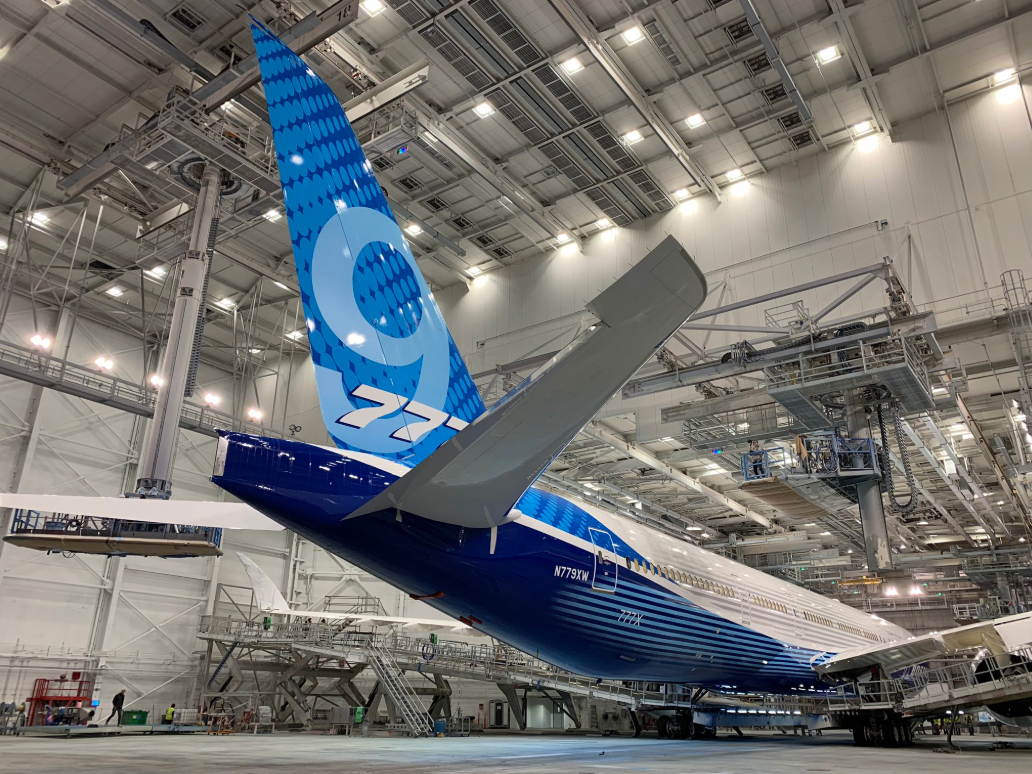 This superb shot of five 777X aircraft was taken by Matt Cawby of Paine Airport.

You will notice that most of the 777Xs have no engines as these have been returned to General Electric for modifications.
According to Air Cargo World, Russia’s Volga-Dnepr Airlines has received an emergency exemption from the U.S. Department of Transportation for up to three AN-124-100 freighter charter flights between Columbus Rickenbacker Airport (LCK) and Everett (PAE), Seattle (SEA) or Spokane (GEG), in support of Boeing’s 777X production.
The charters, have begun and will bring the engines back to Boeing.
The first flight of the 777X is scheduled for January 2020.

The GE engines have been impacted by durability issues and according to Aviation Week’s Guy Norris “an anomaly was detected in the forward part of the 11-stage high-pressure compressor on a GE9X that was undergoing one of the final batches of certification tests.”

“It’s a mechanical issue and nothing to do with the overall performance of the engine or the way it is set up. It is not an aerodynamic issue whatsoever,” GE Aviation GE9X General Manager Ted Ingling told Norris.

“As we previously mentioned, GE, our engine supplier is working through some challenges with the engine that are putting risk on the overall test schedule.

“Based on GE’s latest assessment on what it will take to address these challenges, we are currently projecting that first flight will occur in early 2020 rather than in 2019 as we have previously mentioned.