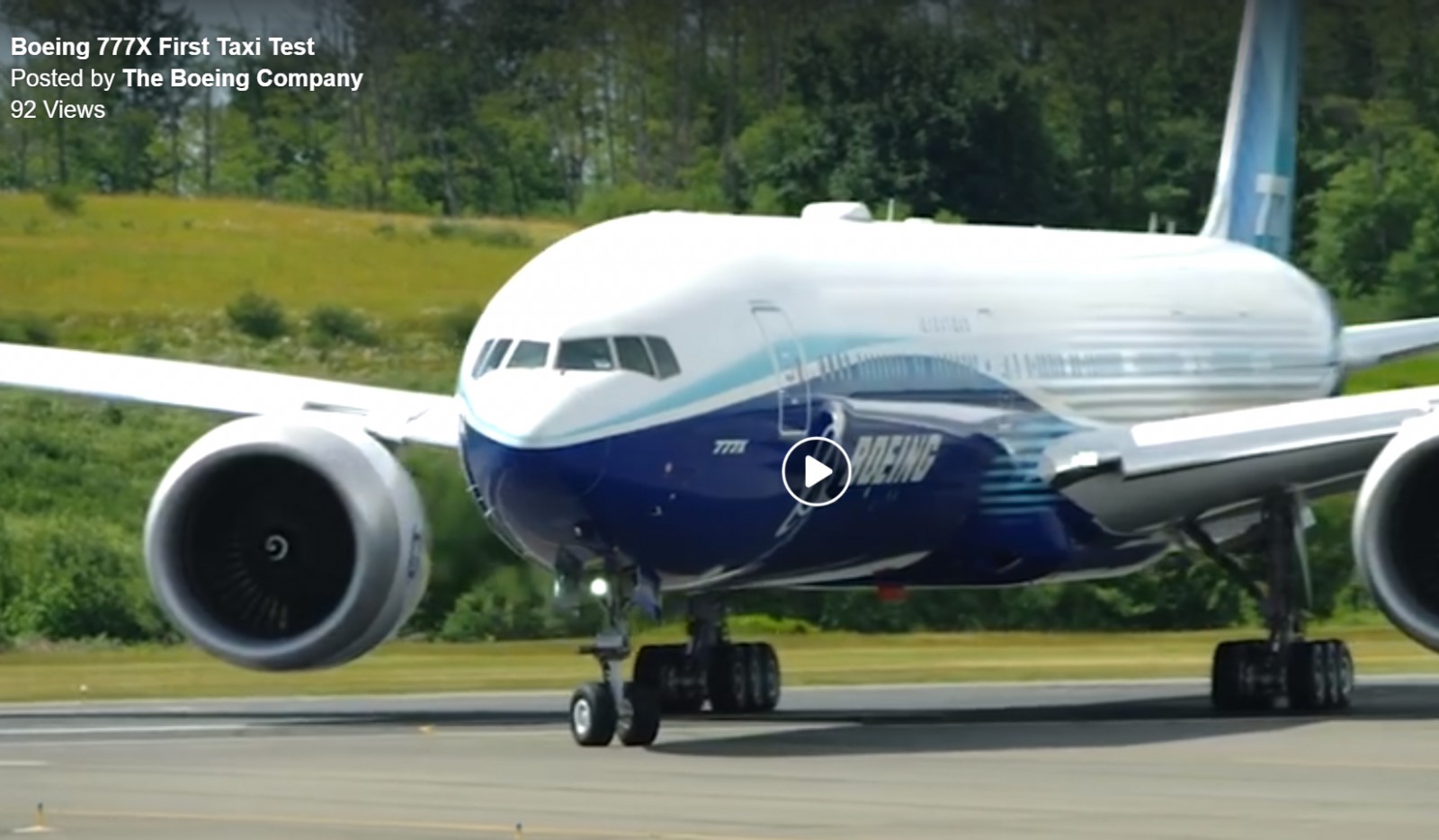 Boeing has released a video of first taxi test of its 777X.

The first flight, however, is some months away as the company awaits new engines from GE that have a fi for a durability issue.

Our first #777X flight test airplane made its runway debut! Our teams performed a series of low-speed taxi tests, marking the first time this plane moved on its own power. This is one of many tests before the 777X takes to the skies later this year.

Inside the factory, the 3rd  and 4th aircraft are complete and the first two production aircraft for Emirates are under construction.

The first Emirates 777-9X sports the “777X logo” on the folding wingtip, while the second sports the airline’s tail logo design.

AirlineRatings.com was given special access to the production line and walking around the 777-9X you are overwhelmed by the giant jet. It is massive.

The larger windows are also apparent as is the huge size of the GE G9X engines.