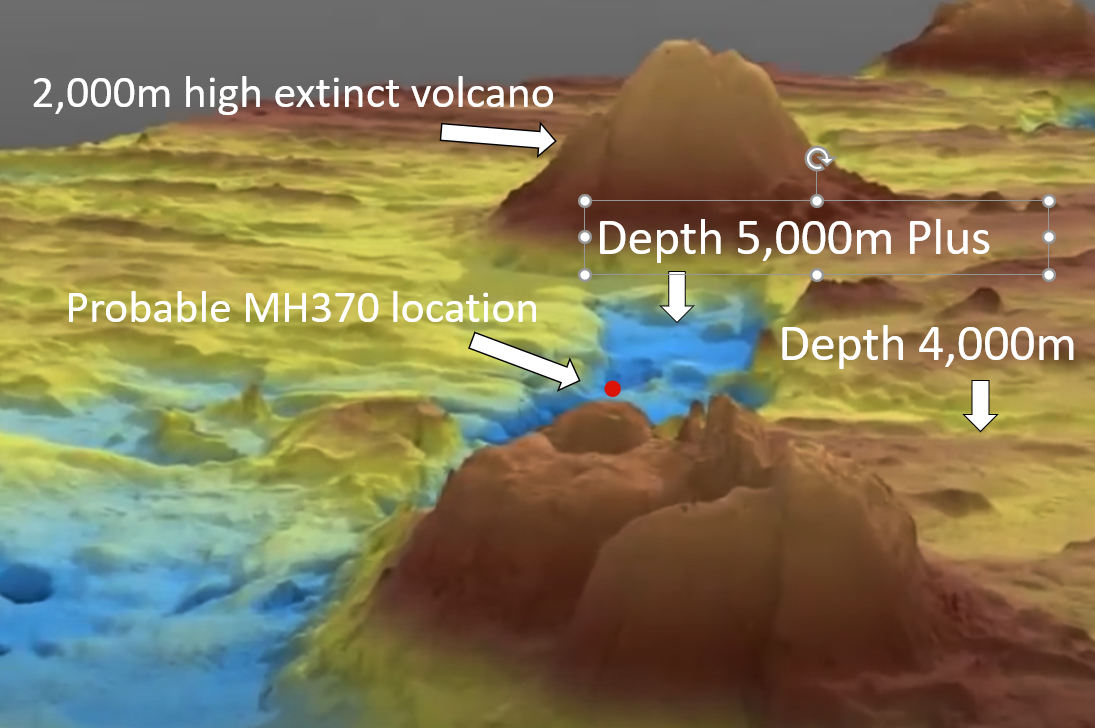 We have obtained a dramatic video of the seabed where British aerospace engineer Richard Godfrey says MH370 lies.

The video was part of the material made available by the Australian Transport Safety Bureau investigation of the loss of MH370 and was created by GeoScience Australia.

This particular area was searched by Fugro under contract to the ATSB and some anomalies were detected but another search of these anomalies by a Chinese vessel apparently did not find anything of interest.

The new technology is called WSPR and Mr. Godfrey likens it to “a bunch of tripwires or laser beams, but they work in every direction over the horizon to the other side of the globe.”

In each case, he was able to track the flight accurately in trials adjudicated by AirlineRatings.com and a former Qantas 747 captain.