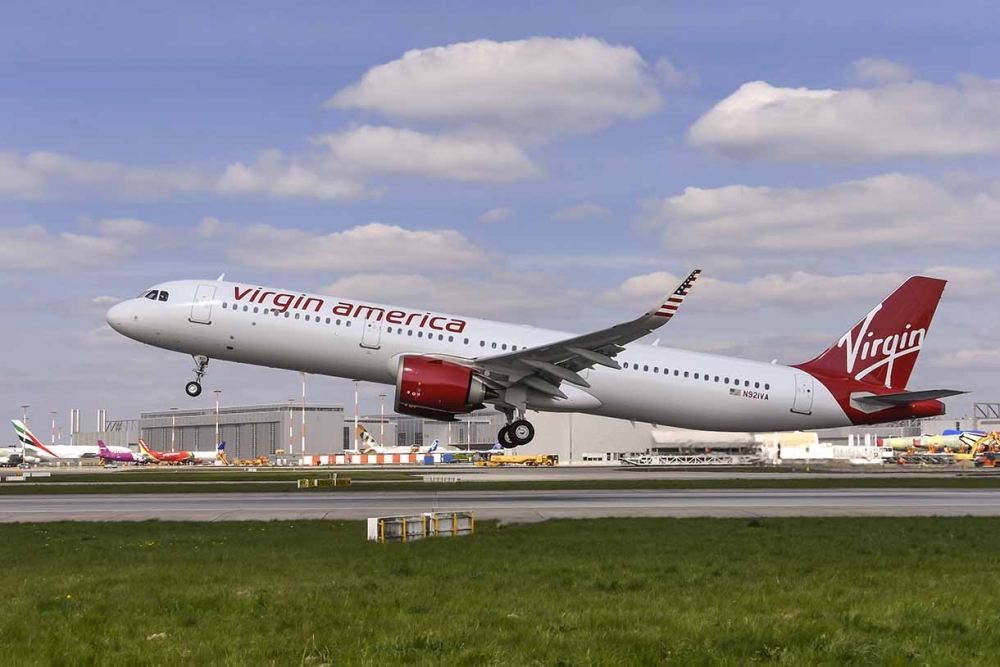 AIRBUS has handed over its first A321neo to launch customer Virgin America at a ceremony in Hamburg, Germany.

The biggest member of the A320neo family has been a success for the European manufacturer with more than 1300 aircraft on order as airlines move to take advantage of its increased seating capacity and extended range.

The 185-seat plane was in Virgin Atlantic livery, a paint job unlikely to last long given the announcement by new owner Alaska Airlines that it intends to retire the brand, probably in 2019.

The A321neo is powered by CFM LEAP-1A engines that help deliver the aircraft’s 15 per cent improvement in efficiency.

“With our largest, latest, most fuel efficient NEO Single Aisle aircraft we are turning a new page, Airbus Commercial Aircraft president Fabrice Brégier said in a statement. “The new A321neo powered by next generation CFM LEAP-1A engines guarantees new levels of efficiency and longer range to its operators, greater comfort to the flying public and less emissions and noise to the airport communities.’’

The A321neo has a 24 per cent higher capacity than Virgin America’s A320s and will offer three classes of service, touch-screen personal entertainment and power outlets at every seat.

Virgin agreed to lease 10 A321neos from lessor GECAS and the aircraft delivered Thursday is expected to enter service on May 31 with an inaugural flight from San Francisco International Airport to Ronald Reagan Washington National Airport. The airline has an all-Airbus fleet that includes A320s and A319s.