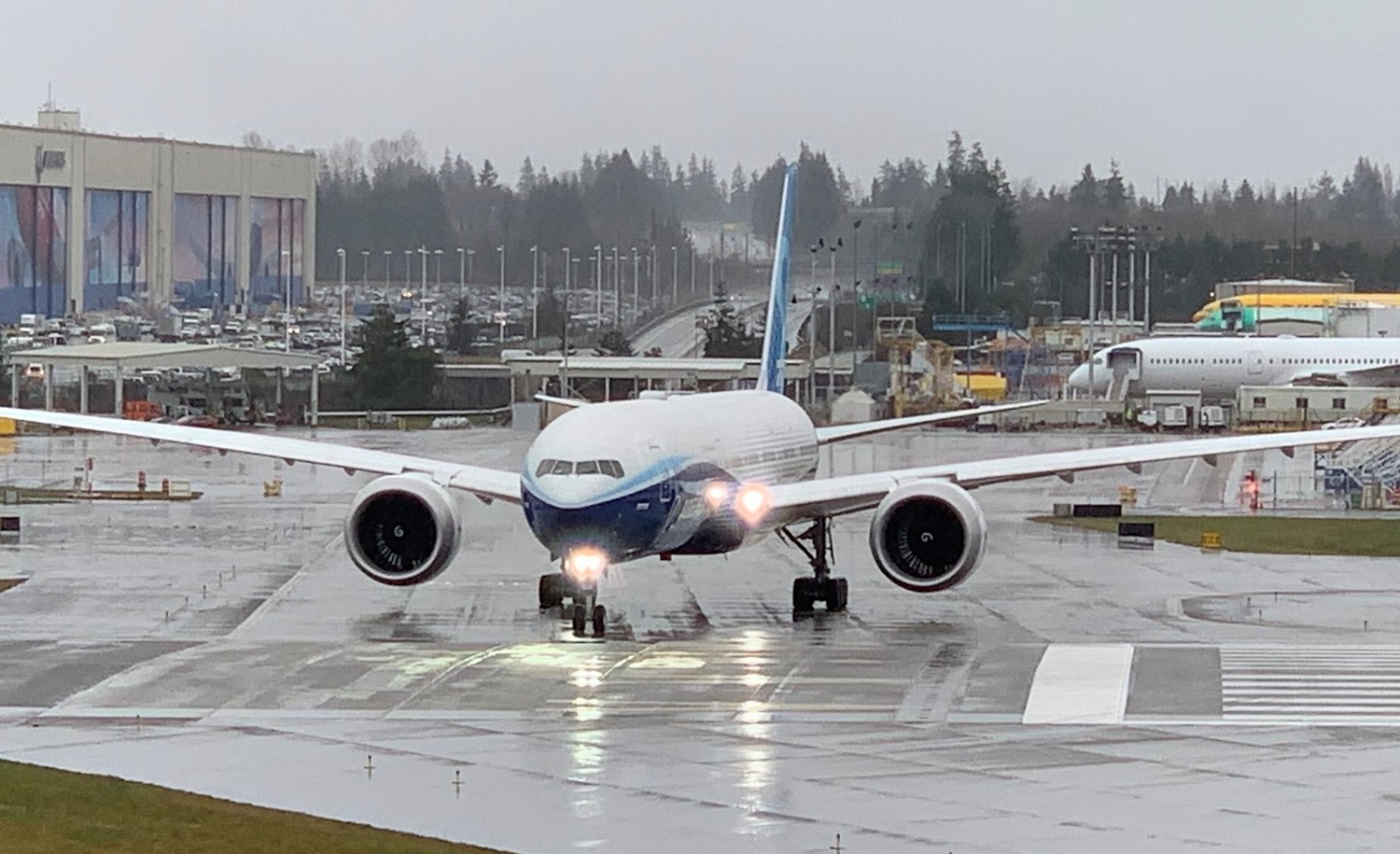 Boeing has completed a series of rejected take-off tests with its new 777X at Paine Field at Everett in Washington State.

The 777X made numerous runs down the runway throughout the bleak day ahead of the scheduled first flight at 10 am on Friday, January 24th.

The schedule is for a five-hour first flight with a 10 am take-off and a 3 pm touch down.

The program has been delayed by 10-months due to issues with the GE engine which turned up in the engine’s flight test program.

A fix was developed and GE is now delivering upgraded engines to Boeing.

The aircraft combines the best features of the current 777 with a longer and wider internal fuselage, new engine and the composite wing design from the Boeing 787.

It also features 20 per cent larger windows and has lower pressurization altitude to reduce jet lag.