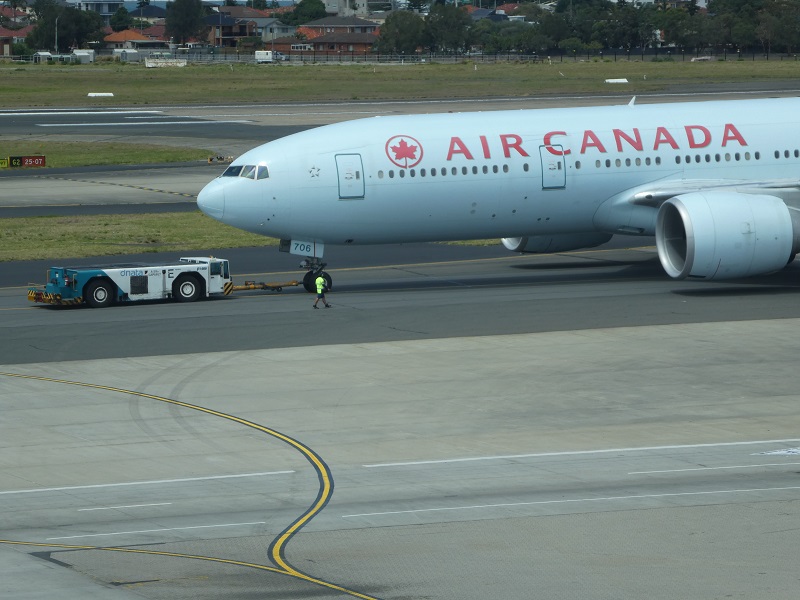 An Air Canada plane flying between Vancouver and Sydney was diverted to Honolulu after 37 people were injuured during severe turbulence.

The Boeing 777-200, operating as Flight AC33  with 269 passengers and 15 crew,  was about two hours past Hawaii when it hit clear air turbulence, according to the airline.

The plane was at 36,000 ft and about 966kms southwest of Honolulu when it dropped suddenly.

Emergency officials in Honolulu said 30 people were transported to local hospitals, nine with serious injuries and 21 with minor injuries. Complaints included neck and back injuries, head injuries and lacerations.

“Five to 10 seconds and then bang, all of a sudden it dropped,” he told ABC radio. “It must have dropped like a 100ft or something because people went up to the ceiling throughout the plane.

“It was pretty scary.”

Flight attendants were handing out snacks at the time and witnesses said they were among those who hit the ceiling.

One witness said about half the passengers weren’t wearing seatbelts.

“The whole experience was probably 10 to 15 seconds, a bit of mild shaking, nothing out of the ordinary, and then just a drop out of nowhere,” passenger Alex Mcdonald, of Brisbane,   told CBC News.

“I saw the people ahead of me hitting the overhead baggage compartments and then just slamming back into their seats.

“[It] was just a bunch of noise, people extremely shocked, and then a very eerie stillness throughout the cabin as people tried to grasp what had happened.”

The incident is yet another example of why airlines continually warn people to keep their seatbelts fastened, even if the seatbelt sign is not on.

Scientists have warned passengers to expect more bone-jarring encounters with rough weather due to changes in the climate.

A 2017 study by University of Reading researcher Dr. Paul Williams predicted the chances of being tossed around an aircraft cabin by severe turbulence could triple in coming years.

READ: Severe air turbulence could triple due to climate change.

Although technology allowing aircraft to detect the phenomenon has improved, clear air turbulence remains difficult to distinguish and there are still incidents where passengers and cabin crew are injured.

It costs US carriers an estimated $US200 million annually and the US Federal Aviation Administration has identified it as the leading cause of injuries to passengers and crew in non-fatal accidents.