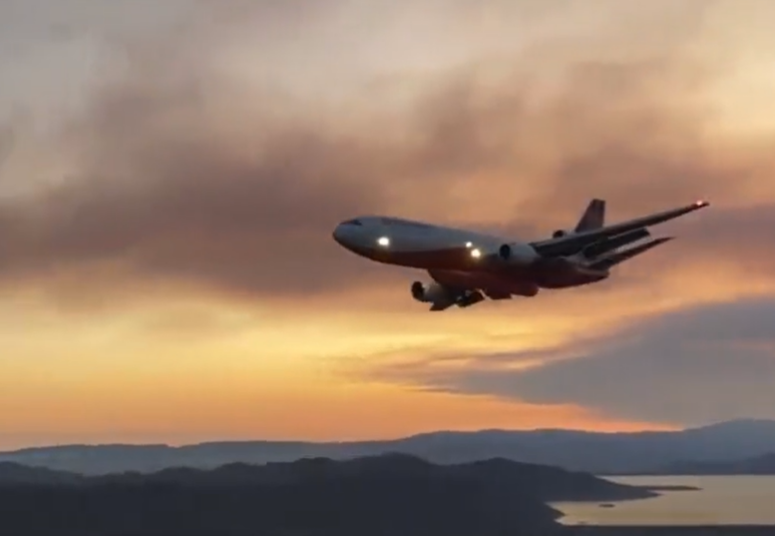 Tanker 911, a McDonnell Douglas DC-10 makes its last drop before nightfall fighting a fire in Riverside County in Southern California.

The video was posted by SoCal Air Operations.