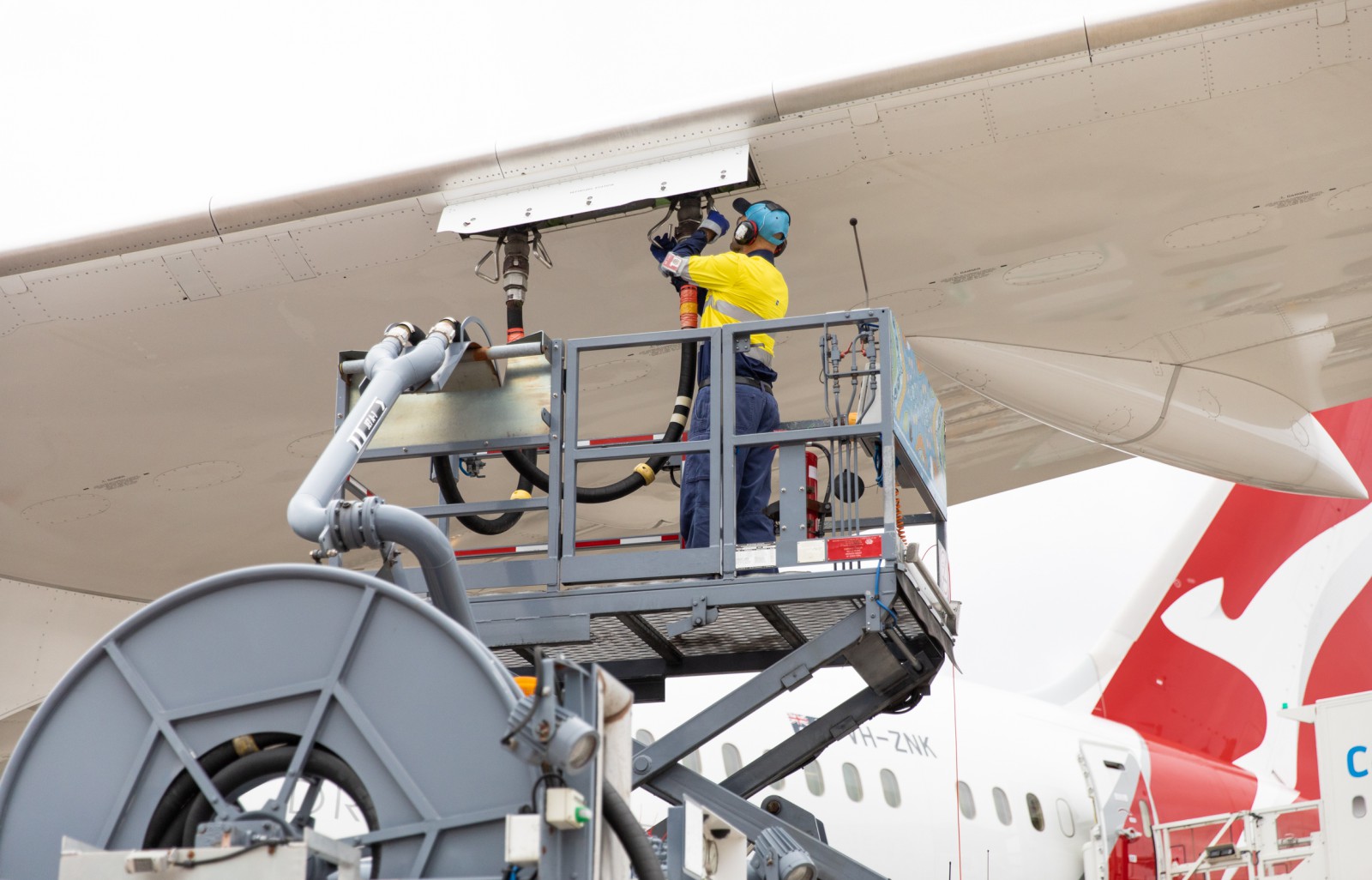 Qantas chief Alan Joyce has challenged the Australian government and corporate Australia to get on-board eco fuel production as the airline and Airbus announce an investment of up to $US200 million ($285m) to accelerate the establishment of a sustainable aviation fuel industry in Australia.

The Australian Sustainable Aviation Fuel Partnership was signed by Mr Joyce and Airbus chief executive Guillaume Faury in Doha on Sunday ahead of the International Air Transport Association AGM.

“This investment will help kick-start a local biofuels industry in Australia and hopefully encourage additional investment from governments and other businesses and build more momentum for the industry as a whole,” Mr Joyce said.

“The aviation industry also needs the right policy settings in place to ensure the price of SAF (sustainable aviation fuel) comes down over time so that the cost of air travel doesn’t rise.

“We’ve had some encouraging discussions with the incoming Australian Government given their strong focus on emissions reduction and look forward to that progressing.”

Australia exports millions of tonnes of feedstock, such as canola and animal tallow, to be made into sustainable aviation fuel in other countries. Qantas, which has committed to using 10 per cent sustainable fuels by 2030, sources it from the UK and US.

Sustainable fuels cut greenhouse gas emissions by about 80 per cent compared to traditional kerosene and are the most significant tool airlines currently have to reduce their impact on the environment.

The Qantas and Airbus partnership will invest in locally developed and produced SAF and feedstock initiatives and the deal is part of the airline’s recently announced orders, including the A350-1000 to operate new non-stop flights.

The partnership is for five years with options to extend and Pratt & Whitney — whose GTF engines were selected by Qantas for its new A220 and A320neo aircraft — is also contributing to the venture.

“The use of SAF is increasing globally as governments and industry work together to find ways to decarbonise the aviation sector,” Mr Joyce said. “Without swift action, Australia is at risk of being left behind.

“With this investment, Qantas and Airbus are putting our money where our mouth is and betting on the innovation and ingenuity of Australian industry.

“Aviation is an irreplaceable industry, especially for a country the size of Australia, and one that’s located so far away from so much of the world. Future generations are relying on us to get this right so they too can benefit from air travel.”