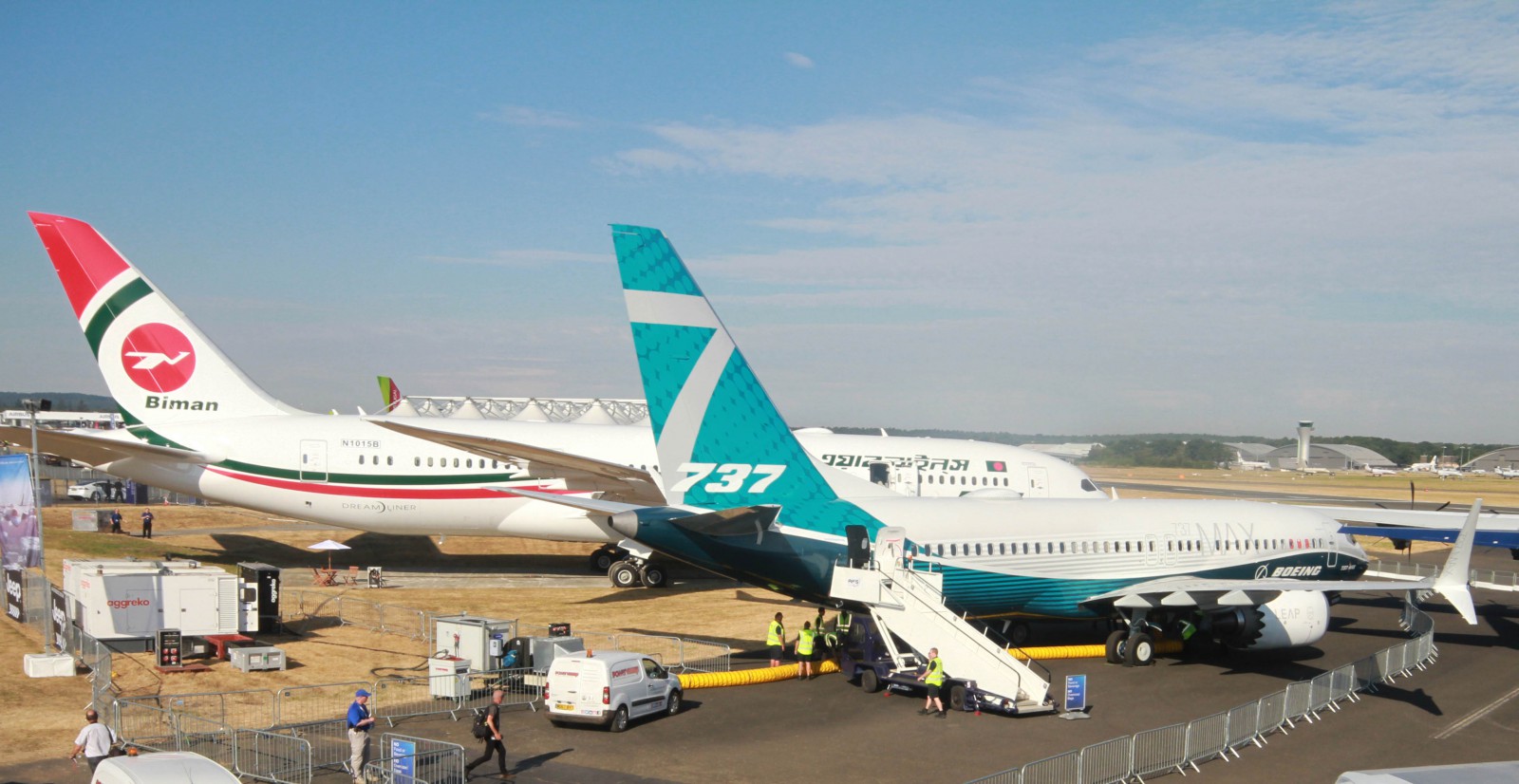 Orders rain on the first day of Farnborough with both Airbus and Boeing all smiles. According to Farnborough International orders were placed for 311 commercial aircraft across the show worth US$43.6bn and more than US$2.8bn in engine orders were also announced.

Going into the show, the commercial aircraft backlog stood at 14,327 – the largest ever.

Goshawk Aviation Limited announced an order for 20 737 MAX airplanes and the order marks the first time the aircraft lessor has purchased jets directly from Boeing.

TAROM (Romanian Air Transport), the national carrier of Romania, signed an order for five 737 MAX 8s that was listed as an unidentified order.

United Airlines announced it is expanded its commitment to the 787 program with a repeat order for four more 787-9s.

Qatar Airways finalized an order for five 777 Freighters that was announced as a commitment in April.

DHL placed an order and commitment for 14 Boeing 777 Freighters, and purchase rights for 7 additional freighters.

Jet Airways confirmed an order for an additional 75 737 MAX 8s.

VISTARA, the New Delhi-based carrier, has signed a letter of Intent (LoI) for 13 A320neos to add to its existing portfolio of 21 Airbus aircraft.

Airbus also announced the signature of an MOU with a leading global lessor for 80 A320neo Family aircraft.

Oman’s first budget airline, SalamAir, signed an agreement to add six new A320neo aircraft to its fleet, of which five are on lease from an undisclosed lessor.