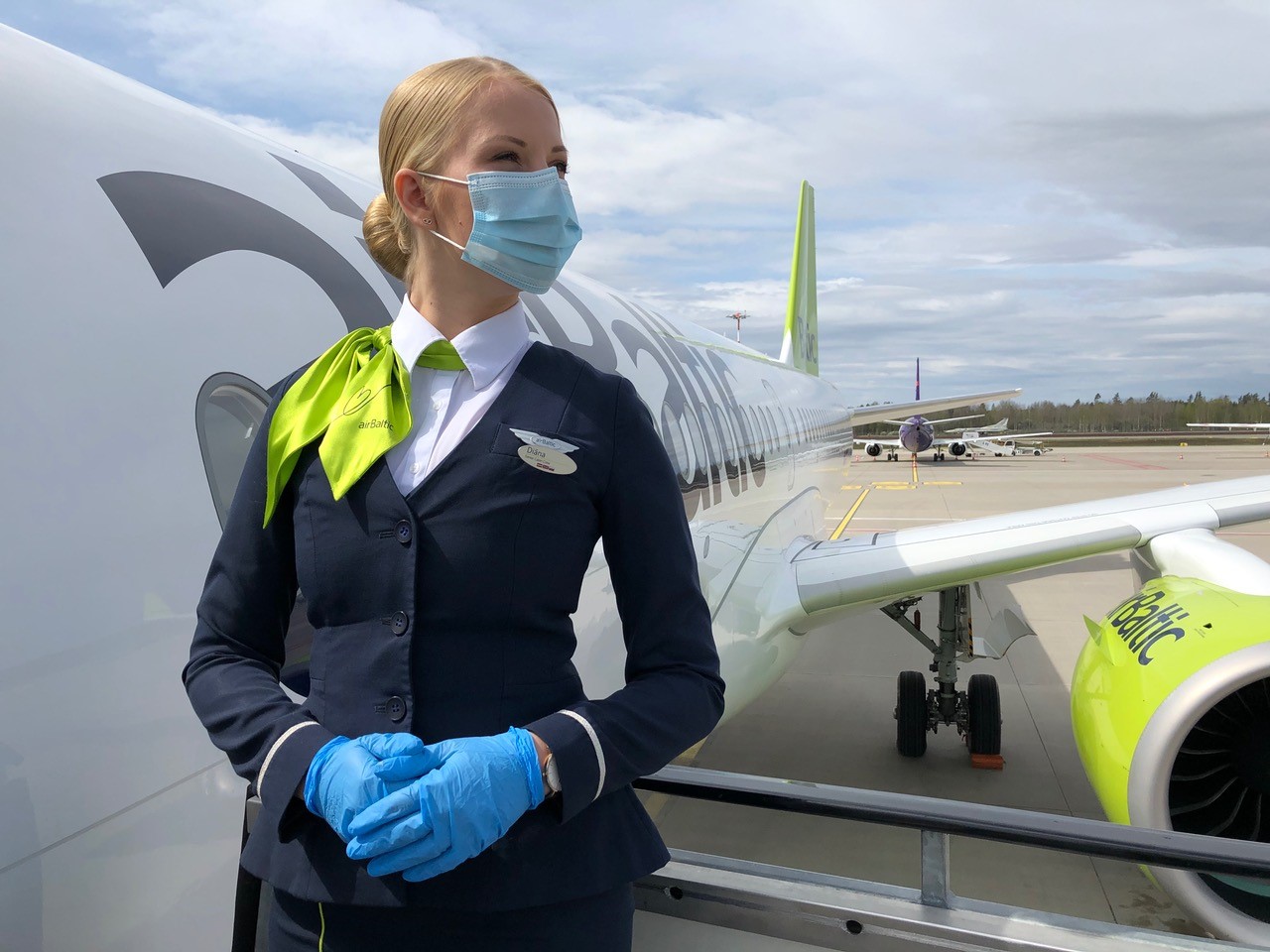 Air Baltic is one of the leaders in the European airline industry, demonstrating that civilized flying is still possible in times of a pandemic.

“Many people are currently still afraid to fly, but that will change soon”, states Martin Gauss. The German, who used to be a Boeing 737 pilot and then manager at former Deutsche BA, works in the Latvian capital Riga since 2011 leading Air Baltic.

It is the major airline player in all three Baltic markets (a total of 6.1 million people in Latvia, Lithuania and Estonia) and seen by many as a role model in the industry. The Corona crisis saw the airline seeking refuge in a radical cure.

SEE: Stunning photo of Neowise from a 747 cockpit.

“As the first carrier in Europe we completely stopped flying on March 17, we immediately slashed the company’s size by 40 per cent, both in staff and fleet,” recalls Gauss.

The airline permanently grounded its twelve Bombardier Dash 8-Q400 turboprops three years before their phase-out was planned, and also withdrew its four remaining Boeing 737-300s half a year early.

Almost 700 employees had to be laid off as well, all getting a guarantee of reinstatement once business picks up, leaving the airline with just a 1,050-strong staff.

During the lockdown, a team of eleven Air Baltic top managers went into seclusion inside the otherwise emptied headquarters next to equally eerie Riga airport. For two months they spent almost every day there together, including everyone taking Covid19 tests every two weeks, going home only to sleep.

“During this time we had to come up with a new strategy and a product that would be acceptable to customers post-crisis,” explains Gauss. From May 18, the airline took off again, serving only parts of their former route network. Initially just operating four aircraft of formerly 38, but today about half as many as before take to the air.

Some things have changed, but Martin Gauss says: “The biggest change in our product is that we actually deliver it to customers almost the same way that it was before.”

This way, flying on Air Baltic remains a civilized experience. The cabin crew does not wear full-body protection suits or face shields, such as Qatar Airways now obliges passengers to wear.

Flight attendants at Air Baltic wear masks and gloves, for passengers, it’s mandatory to wear masks while on board.

“We are the first European airline to hand every customer on every flight an envelope containing a fresh mask and two disinfection wipes, this idea was born here,” Martin Gauss points out. During the height of the crisis, Air Baltic itself had sent A220s on six-hour legs all the way to China repeatedly to pick up millions of masks, “two weeks before Germany decided to do so,” Gauss adds.

“How much sense an obligation to wear masks makes is open to discussion, however,” he says. “At the moment, people seem to be happier wearing a mask. But there is no medical reason why one has to be worn on an aircraft, but not in a restaurant.”

During every stop in Riga the aircraft get a deep-down cleaning, and passengers can add to that around their own seats utilizing the disinfection wipes handed out.

Also now the cheapest tickets are also changeable for a fee, that wasn’t the case before. “Due to the uncertainty this has been a necessity,” reports Martin Gauss. The middle seats currently remain mostly empty; fortunately, the A220 only has middle seats on the right side of the aisle. “But they remain free only if less than 89 passengers are booked,” stresses the CEO, “there is no medical need to do it.”

Since the crisis, Air Baltic is relying solely on its newest Airbus A220 jets, on which it had focused its strategy early on, making it now the world’s first A220-only carrier. While it was still in its early days as Bombardier’s CSeries with a very uncertain future, Martin Gauss started believing in this aircraft, signing up for up to 20 in 2012.

Today the airline has 50 on firm order, 22 are already in service and three more come this year, with all being delivered by 2023, earmarked for service in the Baltics. On top of this, Air Baltic holds options for 30 more aircraft at fixed prices, which it must activate 24 months prior to intended delivery. These aircraft are meant to underwrite a planned future expansion into Nordic countries. Focusing completely on the A220 now results in Air Baltic operating the world’s youngest fleet with an average aircraft age below two years, thus being particularly efficient.

In Riga, Chief Operations Officer Pauls Calaitis (below), himself a flight captain, gives a tour through the airline’s Operations Control Centre, where one can see Air Baltic’s entire flight activity on huge screens in real-time.

During the grounding, this centrepiece of the airline, usually manned 24/7, was completely shut down, “that was traumatic to see”, recalls Calaitis. So far only a fraction of the frantic activity that usually dominates here during peak travel season can be seen. Despite this slowdown, Calaitis is content: “We haven’t cancelled a single flight in the first seven weeks of restarted operations, that’s a strong signal to our guests: Whatever they book, it’s flying.” He dons a bright grin pointing to the 100 per cent punctuality rate of his flights. “These are world-class figures that we normally never see in summer, but the reason is simple: There is just so much less traffic in the skies.” Every Wednesday, the business gets serious when Air Baltic decides which destination can be added.

So far, Russia, Ukraine and Sweden have remained closed, all of them top markets before. Still, booking numbers are back at about half that of the same week a year ago, and this despite the fact that not even half the usual capacity is offered currently.

“Given what we can offer in capacity, bookings are very strong,” enthuses Gauss. The June load factor was 39 per cent usually a catastrophically low number, but now it means a glimmer of hope.

During the first week of July, Air Baltic operated 369 scheduled flights, versus 1,346 in the same week a year earlier. In September, all 22 A220s of Air Baltic shall again take to the skies, their number is due to increase to 32 in 2021.

“We will survive, even if a second wave of the pandemic hits,” assures Martin Gauss, “but naturally we did have doubts in the beginning if we would get through this.” Currently, the airline still manages to live off cash reserves that were at its disposal before the crisis. Only in early July, the EU had given the green light to an equity increase of €250m (AUD406m) by the majority shareholder, the Latvian government. The money is due to be repaid after the IPO now planned for late 2022 or early 2023.

“I am happy,” says CEO Martin Gauss. These are words not many airline bosses would use these days.