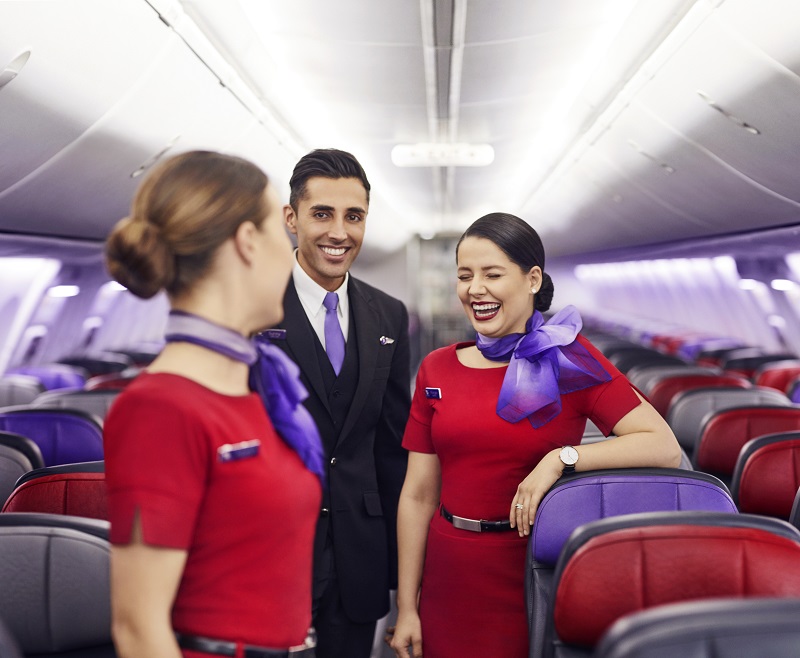 The failure of Virgin Australia could cost travellers $50 billion over 10 years if the Qantas Group was left with no competition.

That is the stark number, of a 20 per cent increase in airfares, typical of when a monopoly situation develops on an air route in Australia.

Australia faces the real prospect of an airline monopoly that will cost the economy tens of billions and devastate the tourism industry with airfares soaring unless the government steps in to support Virgin Australia – and Qantas.

In the next 12 months, there is no question both Australia’s major airlines will need government support to survive the unprecedented COVID-19 crisis as no airline can survive this pandemic if travel restrictions go to the end of the year.

While the focus is on Virgin Australia, Qantas will barely survive 2020 without support.

And while the government ponders the dilemma, Qantas’s competitors are being propped up by their governments.

Every airline in the G20 is being helped by their governments.

US airlines are getting $90 billion, so when the pandemic is over, they will be flying high.

The Australian government touts its $1 billion rescue package that has already been announced but it is almost meaningless as most of it relates to waiving taxes and charges if the airlines are flying, which they are not.

The Job Keeper program helps but it is not nearly enough.

S&P estimates that half of Virgin Australia’s operating costs – and those of Qantas – are fixed and that a reduction in variable costs will not offset the collapse in revenue.

Making matters worse it says is that the positive working capital benefit provided by forward bookings and the Velocity Frequent Flyer business is now likely to partially unwind.

Many argue that Virgin, being mostly foreign is not the Australian government’s problem, but its shareholders are, like it, battling the devastating impacts of the coronavirus pandemic.

And Qantas is 49 per cent foreign-owned.

If Virgin fails, the impact on the Australian economy, already on life support, will be a disaster.

Airfares could jump by about 20 per cent and that would add, over the next ten years, based on 2019 revenues, $50 billion to air travel costs for Australians.

In fact, when Qantas became the only operator on the Brisbane to Moranbah route airfares increased by 30 per cent.

And when Virgin entered the Brisbane to Alice Springs route airfares dropped 25 per cent.

Australia must have two robust airlines to ensure fares are kept low.

We are extremely lucky in that we have two of the world’s best airlines by almost any measure.

And while Virgin Australia may have made errors in the past, new CEO Paul Scurrah now has it on the right flight path.

Besides Qantas is no stranger to bad management decisions particularly in the 1990s when it turned its back on introducing premium economy, ignored the trend for seat-back videos in economy and turned its back on the world’s most efficient aircraft, the Boeing 777.

Also overlooked is the fact that Qantas is the strong robust airline it is today because the government has firstly owned it from 1947 to 1993 and then protected it from foreign competition till 2000.

The problem for Virgin is that normal sources of loans are not lending to airlines.

That backstop gives certainty where there is none and it gives certainty to the fragile tourism industry that robust competition – and thus low fares – will be there when domestic travel restrictions are lifted.

Possibly out of the spotlight in this debate are the almost 8,000 plus Virgin Australia staff, arguably one of the best knit, proactive and efficient team of airline staff this country has ever seen.

That group are a national asset and the Australian government needs to keep them intact.

The country has seen far too many airline failures and it has to stop.

In the past 100 years, over 400 airlines have failed in Australia.

A study done last decade found that of the airlines that failed 66.8 per cent failed within five years and only 4.7 per cent lasted 20 years or more.

And the International Air Transport Association (IATA) backs up Virgin’s call for support pleading with governments to support their airlines.

IATA forecasts for Australia that passenger numbers will be down by 35 million, revenue for our airlines will sink by $18 billion and the impact on the country’s GDP will be $44 billion.

Job losses related to the impact on Australia’s airlines and related industries such as tourism is put at 278,000.

And if the government thinks it can snap its fingers and there will be mad scramble to fill the void they ought to think again.

Qantas has a stranglehold on the corporate market which underpins the industry and no new entrant will be interested in serving the regional market.

And the ACCC recognizes the importance of Virgin Australia.

“Competition has a critical role to play in getting the economy running again post the COVID-19 crisis. It is important that the necessary short-term measures do not give rise to long term structural damage to competition or market concentration,” he said at a recent event.

The survival of Virgin Australia is critical for Australia, its economy and tourism industry.