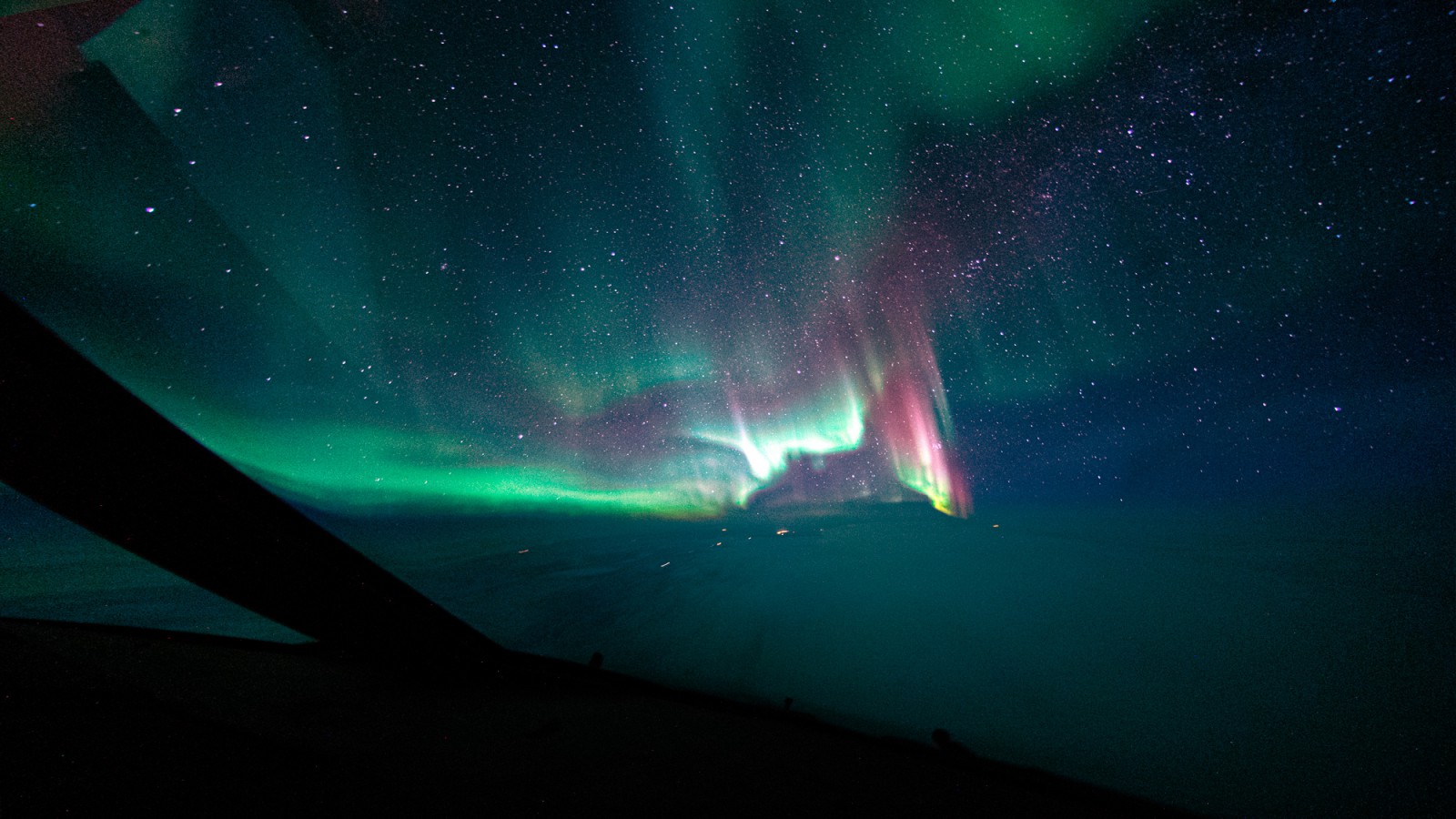 Boeing 747 pilot Christiaan van Heijst has captured this stunning photo of the Northern Lights and the Milky Way.

READ: Virgin Australia’s daylight express across the Pacific is a winner.

“Far above the sparsely populated Canadian arctic, an exclusive display of northern lights unfolds in front of my window. Green, turquoise, purple, red; the colours change as rapidly as the shape of these flaming curtains. It’s bright glow reflected off the clouds, ice and snow below, giving the world an otherworldly appearance.

“I still remember seeing a documentary about the northern lights on television when I was 5 or 6 years old. Tales from the first polar explorers who witnessed these magical lights, the reverence in which these shows have been regarded since ancient times by the inhabitants of those regions. Sights and experiences reserved for the lucky few explorers that dared to venture where no man had gone before.

GET fabulous aviation -and space- pictures, videos and the very latest news delivered directly to you. Sign up for our Newsletter here.

“If only I could see it myself one day when I’d be a grown-up… oh boy, if I’d only have known then what would be in store for me.

“Even today, after having seen it dozens of times from the flight deck, I am still in awe when a cosmic plasma storm is silently raging far above my head. A visual spectacle with ferocious intensity and magnitude that can make a human being feel so insignificant.

“Whenever I’m lucky to see the northern lights I wonder about the impressions and thoughts of the first human beings to witness them on their trek north. Fear? Awe? Curiosity? Or perhaps a mixture of all of them. Having no knowledge to explain their presence or nature, I can imagine the aurora must have been of divine origin to them; a manifestation of their old gods and the new.

“Today we know that the aurora is caused by charged particles from the Sun that get caught in the Earth’s magnetic field. A rather boring and factual statement, though it doesn’t take away the fascinating nature of the lights. An enchanting display of one of the most beautiful manifestations of nature and that always leaves me excited when I see them in person.”