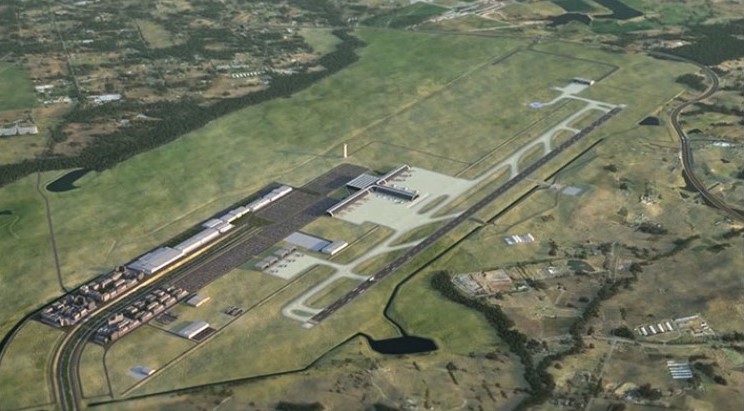 Australia’s newest airport will be a co-production between airlines and the government company behind the facility that could produce a global showcase for passenger-friendly technology.

The greenfields Western Sydney airport is due to open in 2026 and memoranda of understanding between Qantas, Virgin Australia and the airport means the airlines will have a  say in the way it is built.

“The insights we’ll gain from working with the airlines help us build an airport that people will love using,” Western Sydney chief executive Graham Millet said.

“Australian airlines have long been advocates of Western Sydney gaining its own airport. We look forward to working with them as we deliver jobs and opportunities to the region.”

The MoU will see the company building the full-service international facility and the airlines collaborate on a variety of issues including passenger terminal and boarding, airport access, air freight and sustainability.

It will also see them working together on technology and innovation opportunities, particularly around baggage handling, security and customer service.

Although still seven years away, the new facility is expected to ride a wave of technological change sweeping airports as the aviation industry grapples with ways of boosting efficiency to cope with continuing growth.

As Qantas chief executive Alan Joyce noted in a statement announcing the MoU’s: “It’s not often you get to help design an airport from scratch, so we’re really pleased to be part of it.

“This a chance to create a great experience for passengers and a high level of efficiency for airlines, which helps us keep fares lower.”

Virgin boss Paul Scurrah added: “Western Sydney has the unique opportunity to build a new airport from the ground up to meet the evolving needs of future passengers.

“This agreement offers a chance to collaborate early in the planning phase. We’re looking forward to sharing our ideas to help make the airport a great experience and ensure it supports future operational requirements.”

New technologies being adopted by the industry include radio frequency Identification (RFID) to better track baggage and the concept of One ID.

One ID uses a single biometric identifier such as facial recognition to move passengers throughout the airport without the need to produce physical documents.

By the time Western Sydney comes on stream, a passenger should be able to walk through most checks without stopping to produce identification.

The exception is likely to be security but even that is expected to be more streamlined than the clunky process passengers endure today.