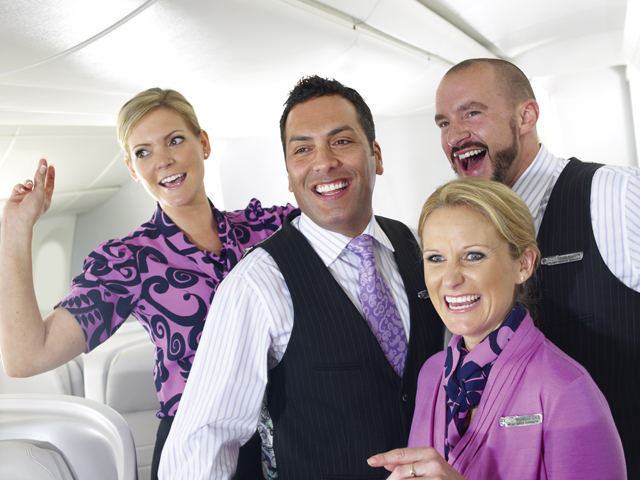 AirlineRatings.com the world’s only safety and product rating website has announced the selection of Air New Zealand as its Airline of the Year for 2015.

Airline of the Year

Air New Zealand is being honored for the second consecutive year for its in-flight innovations, financial performance, operational safety and motivation of its staff that have cemented the airline an industry trendsetter.

The editorial team, one of the world’s most awarded and experienced, also praised Air New Zealand’s commitment to a young fleet and its continual focus on the environment. The airline also won Best Premium Economy Class.

“Put simply Air New Zealand is a textbook case of what an airline should be today. Air New Zealand has catapulted to the top tier of the industry and while it may be 50th in size in global rankings it is one of the most awarded.”

“Air New Zealand is an airline of first choice and given the airline’s location and the country’s size, its performance is extraordinary,” said Mr Thomas.

“The editors of AirlineRatings.com also noted that the airline’s focus on delivering value to passengers has resulted in higher yields and better returns for staff and shareholders. Air New Zealand is unquestionably AirlineRatings.com Airline of the Year for 2015,” said Mr Thomas.

This award was won by relative newcomer Abu Dhabi-based Etihad Airways which has shaken the industry with its new First Class offerings.

“Etihad’s commitment to excellence appears to know no bounds. The airline’s new First Class and Business Class offerings are breathtaking and have set a new benchmark in luxury travel,” said Mr Thomas.

“In just over eleven years Etihad Airways has stamped itself not only as a major force in the airline industry but a trendsetter – an incredible achievement.”

Cathay Pacific Airways has won Best Business Class and the award adds to a string of accolades the airline has won for its product offering.

According to Mr Thomas, Cathay Pacific’s new business class is exceptional. “It’s a magnificent blend of comfort, functionality and privacy,” said Mr Thomas. “The airline has listened to its customers and it shows.”

Air New Zealand has won Best Premium Economy for the second year running for its innovation in designing its own premium economy seat.

The airline is continually innovating in all cabins and this has resulted in higher yields as passengers upgrade their travel experience with value propositions.

“Air New Zealand has proven conclusively that passengers will pay more if the product is right and priced accordingly,” said Mr Thomas.

Thai Airways picks up Best Economy Class for a product that delivers superb value for money and comfort.

“Thai Airways offers some of the best value in Economy Class not only in the Asian region but throughout the airline industry. Their service is perfect, meals filling and frequent and the in-flight entertainment of superior quality,” said Mr Thomas.

“Thai Airways has always offered exceptional service and the combination with cabin innovations of the Boeing 787 is a winning team,” said Mr Thomas

Qantas has won this category for a feature that has become as important as in-flight product to many discerning travellers. And in this space Qantas’ lounges are a standout.

Qantas Lounges not only provide complimentary food and beverages the airline was a leader in installing showers several decades ago. Importantly the airline’s lounges have robust broadband internet access that can handle demand – something lacking in many other airlines’ lounges.

Another win for Qantas for its commitment, not only to first class dining, but to economy travel which makes up 90 per cent of passengers.

The airline is rolling out four choices of main meal for economy passengers, a doubling in the size of meals, and the ability to order online ahead of the flight.

“Qantas’s catering commitment to both its domestic and international passengers is industry leading,” said Mr Thomas

“Our editors were extremely impressed by the airline’s new economy offering which makes Qantas a clear winner in this category.”

Emirates, which was one of the pioneers of IFE, wins AirlineRatings.com Best IFE award for the second consecutive year. The airline has an IFE product that few airlines equal.

Airlineratings.com editors noted that Emirates was one of the first adopters, particularly for economy class. By 1993 all the airline’s seats were fitted with IFE.

Emirates ICE has almost endless features. It allows you to follow the progress of your flight, or take in the view from the aircraft’s external cameras.

You can keep in touch with live business, news and sport headlines. As a communication tool it provides phone, SMS or email capability. For entertainment there are 600 channels of premium entertainment.

“There is no doubt Australian’s are the world’s most spoilt passengers with full meal service on all flights across its network,” said Mr Thomas.

The airline offers complimentary beer and wine offered between capital cities after 4pm on weekdays and between Perth and the East-Coast from lunch time daily. Next year the airline will also offer lie-flat beds on A330 flights which operate all transcontinental services.

The inaugural winner is Virgin Australia which has redefined what an airline can achieve by morphing from Australia’s low fare pioneer as Virgin Blue to an airline that blends low cost efficiencies with a first class product. A true New World Carrier.

“The airline has taken what really matters to passengers and given it a makeover and the result is spectacular,” said Mr Thomas.

Another inaugural award is Best Cabin Crew, again won by Virgin Australia. “The airline’s cabin crew treat every passenger whether in row 1 or 31 as a special guest,” said Mr Thomas.

“Their commitment to their passengers is outstanding and is a benchmark of what cabin service should be.”

According to Mr Thomas, these four long haul airlines are clear leaders in their region and in fact well beyond. “Each defines long haul travel and can be counted on to deliver the best possible product.”

There is no question that the Low Cost Airline market is the most competitive and also the most rapidly growing. Thus competition to be the best is a challenge of balancing product with low prices.

The four airlines are standouts in their respective markets with very clever innovations and they consistently delivery an excellent value proposition. “These airlines may not always offer the lowest fare but what they always do is deliver the best value,” said Mr Thomas. And these airlines open new routes and make travel fun for millions who could previously not afford to fly.