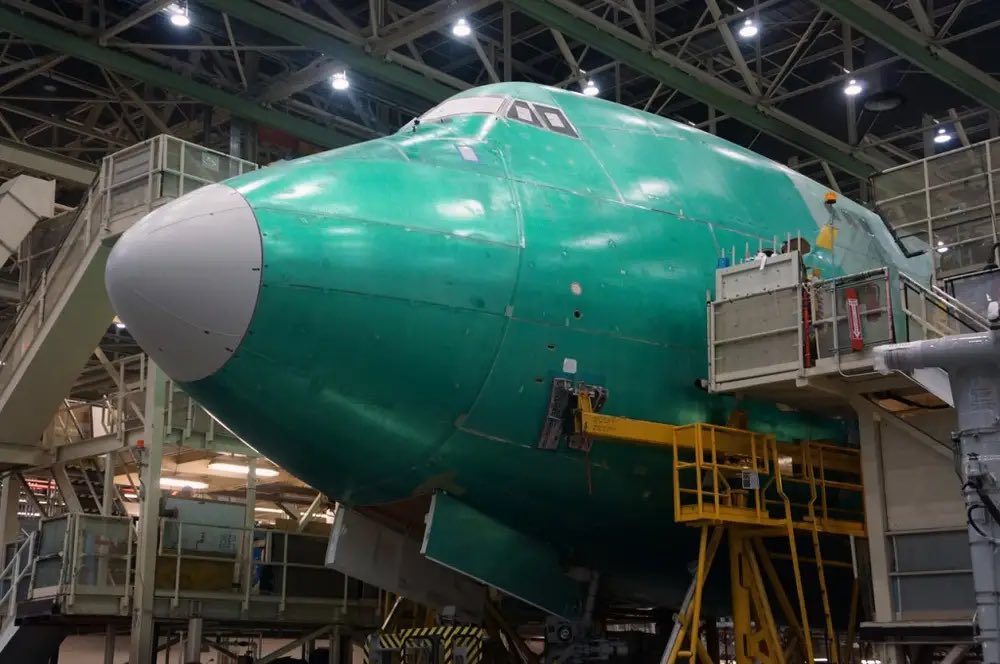 The 1,574th — and last — Boeing 747 is scheduled to leave the assembly plant at Everett, Washington, late Tuesday night, December 7, before it is handed over to cargo and charter carrier Atlas early next year.

It is just over 52 years since the 747 entered service with Pan American on a flight from New York to London in January 1970.

But the first passenger service got off to a rocky start with engine problems and was delayed by six hours and a substitute 747 was used.

The birth of the 747 was also rocky and was to bring dark clouds to the leaders in commercial aviation at the time and almost bankrupted all three.

Ironically, the 747 wasn’t supposed to carry passengers for very many years as the world looked to supersonic travel with the Boeing SST and the Concorde.

Giving life to the aircraft that changed the world was a challenge that brought the world’s largest aerospace company, Boeing, the then biggest engine builder Pratt, and Whitney and the legendary Pan Am to their knees.

READ: How the 747 made travel affordable for all.

In the late 60s, Boeing’s resources were stretched to the absolute limit as its engineers grappled with the complexities of its US government-sponsored 2707 supersonic transport (below), which was eventually scrapped by Congress on May 20, 1971, despite commitments for 115 from 25 airlines.

At the time the 747 was considered only an interim solution before the world’s air routes were taken over by supersonics but fortunately, Boeing had appointed Joe Sutter, a brilliant young designer, to the project and he was to father the classic of the jet age.

Mr Sutter was extremely modest in this role.

“I was the only qualified person available. All the smart guys, Maynard Pennell, Bill Cook, Bob Withington, and many others were tied up on the SST, while Jack Steiner was heading the 737 programs,” Mr Sutter said in a 2009 interview with the author.

The 747 was designed at the outset to be a freighter as everyone thought the 747 would be relegated to cargo routes.

“That’s what Boeing’s marketing people thought; they estimated we’d probably sell 50 or so 747s for passenger use,” said Mr Sutter.

It is impossible to find anyone who recalls if there was a definitive business plan for the 747. But traffic was booming for the airline industry which had enjoyed growth of 15 per cent a year through the early 1960s as passengers flocked to jet aircraft.

Mr Trippe was a man on a mission.

He wanted to make travel affordable for everyone and he believed that the 747 with the new high bypass turbofan engine could do just that.

Pan Am ordered 25 but most airlines were terrified of the jumbo’s size. Qantas ordered 4, British Airways 6, while many airlines just ordered 2 or 3 just to stay in the jumbo race.

However, the trickle of orders wasn’t the major problem it was the 747’s weight.

Initially, it was to weigh 250,000kg but this leapt to 322,000kgs by the time it flew because of design changes impacting range, altitude, speed, and fuel burn. A solution, to run the engines at higher temperatures to give more thrust, was found and within six months of entering service, the jumbo was performing at acceptable levels.

Despite the many problems encountered in its manufacture, the birth of the 747 was an amazing feat. Pan Am took delivery of its first aircraft just 3-and-a-half years after its order was placed and that included a 10-month flight-test program.

Because the 747 was so big airlines splashed out with lounges. There was the upper deck lounge and many had lounges at the back of economy class. However a Boeing proposal for a lower deck lounge – called the Tiger Lounge, because of the fabric design used in the mock-up never made it.

The spacious age, however, was short-lived with airlines responding to a demand for cheaper and cheaper travel in the late 1970s by adding more seats.

There have been many variants of the superjet. The upper deck was stretched for the -300 model and a modified wing and bigger engines were added for the longer-range -400 version.

The 747 was also shrunk for the SP (Special Performance) model which was the first aircraft to be able to cross the South Pacific from the US to Australia non-stop.

Finally, the 747 itself was stretched to create the 747-8, which features wing changes and 787 engines.

Today the 747 is still the Queen of the Skies to many and for billions of passengers, it is the plane that enabled them to see the world.