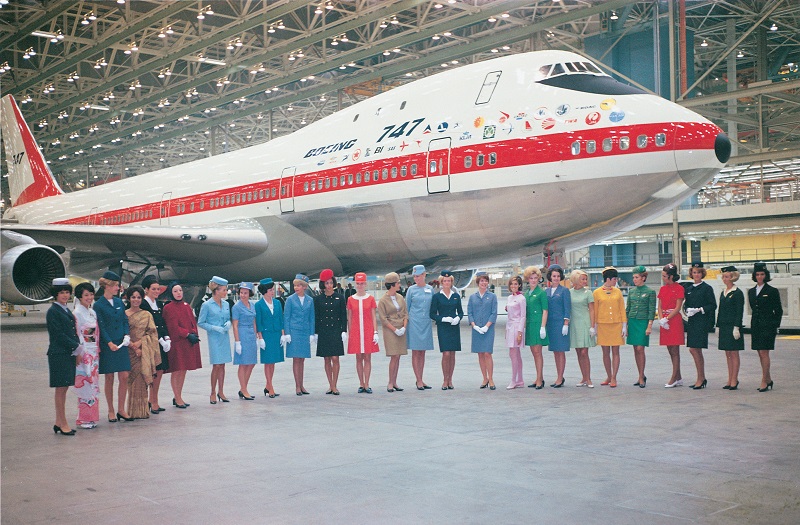 The 747, like the legendary DC-3 of the 1930s, slashed airfares to make travel affordable for all.

The incredible DC-3 was the first plane that was able to make money just hauling passengers and freed airlines from restrictive mail contracts, while the 747 freed the world’s population to travel wherever they liked.

Bill Gates said that the 747 or jumbo was “the world first world wide web” as it smashed barriers between people and countries.

In fact, when the sponsor of the 747 Pan American World Airways’ President Juan Trippe took delivery of the jumbo, he said we are in a race between the 747 and the ICBM (Intercontinental Ballistic Missile) and he said I believe the 747 will win.

When the jumbo was introduced 50 years ago the airfare from Australia to London and return was the equivalent of 24 weeks average weekly earnings for an Australian.

By 1990 it was about five weeks average weekly earnings and by 2000 two weeks. Today it is below one week’s earnings.

The jumbo was a mass travel dream of Trippe and Boeing’s chief Bill Allen.

Trippe had started mass travel in 1948 when he introduced economy class onto 70 seat DC-4s.

The secret was the new high bypass engines that could produce over twice the thrust of the existing engines could do it at the time.

But that was only part of the story with fuel economy the big-ticket.

However, that was just the start.

When Boeing first delivered the jumbo economy class was in a very generous layout of 2-4-3 with up to 10cm more legroom that today.

Many 747s had piano bars for economy passengers and an upstairs lounge for first class.

Sir Freddie Laker with his “no-frills” Skytrain DC-10 jumbo flights was to change all that.

He slashed fares by two-thirds across the North Atlantic in 1977 and he had applied to fly to Australia and Hong Kong.

Airlines responded by cramming more passengers into their 747s and DC-10s to cut fares.

That move spawned both business class and then later premium economy classes as airlines sought to cater for all pockets and desires for space.

But for the jumbo, the same engine technology that would enable it to dominate the world’s air routes was also going to be its undoing.

As engines became more fuel-efficient and reliable it enabled aircraft manufacturers to develop aircraft like the 365-seat Boeing 777 and the 300-seat Airbus A330 which slashed fuel used per passenger dramatically.

And they were much easier to fill than a 747.

And the new Boeings and Airbus A350 can fly much further than a 747.