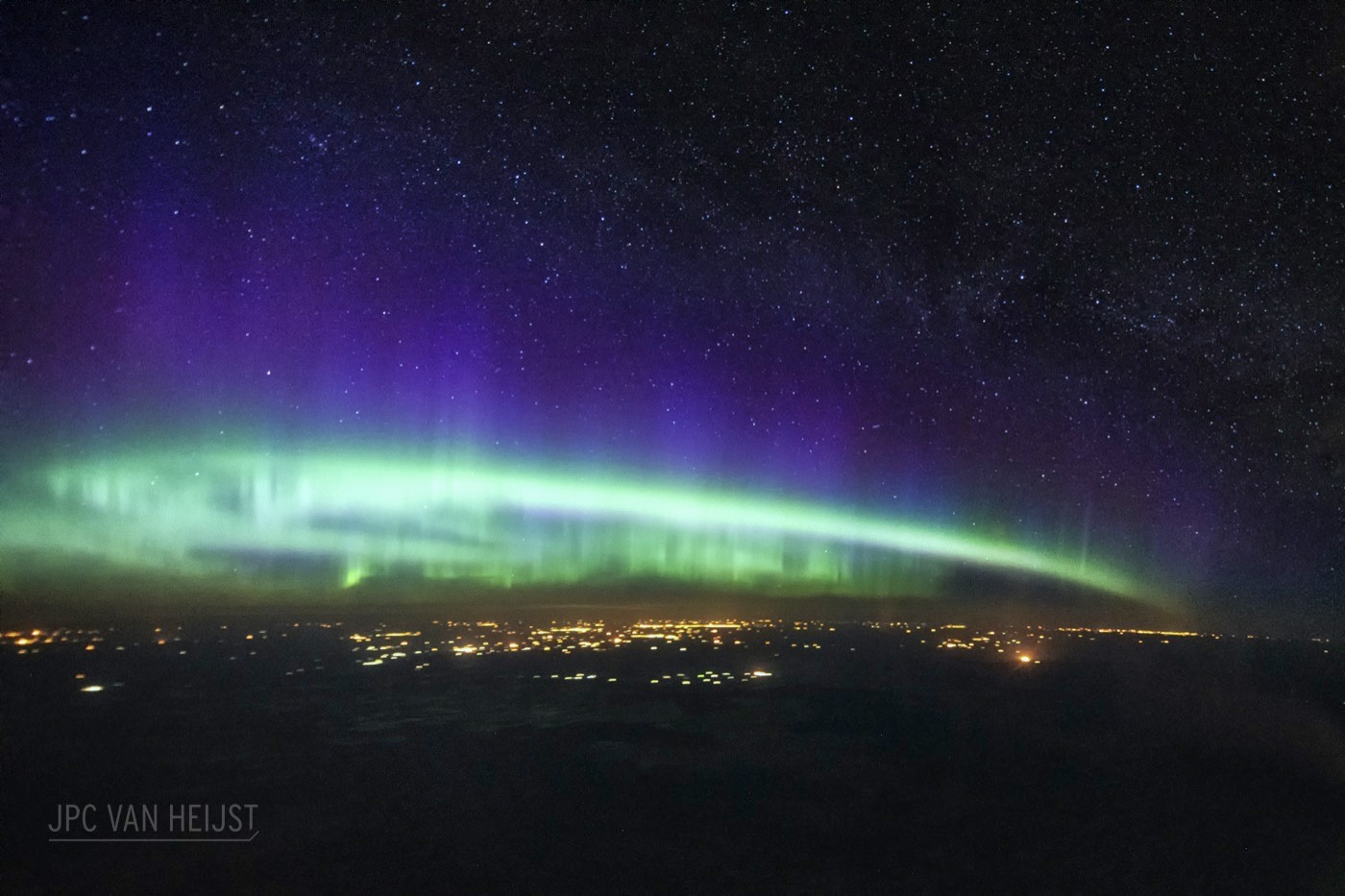 A stunning photo of the aurora over Siberia has been captured from a 747 cockpit by pilot Christiaan van Heijst.
Christiaan takes up the story.
“Completely unexpected this time of year: a fierce show of dancing northern lights while crossing the Siberian plains. What started as a dim green glow, barely visible to the naked eye, soon turned into a frenzy of bright lights with luminescent purple pillars that reached far into space.

“Curtains of rapidly moving light, powered by a powerful solar flare that traveled with the speed of light across the solar system. Particles that have been released from the Sun eight minutes before, caught in Earth’s magnetic field and showing up in ways words fail to describe.

“Lights of Russian towns and settlements shine below, a million galactic stars twinkle above our heads. Constellations with names and tales that go back tens of thousands of years, if not more.

“And somewhere in between is a white 747 on its way to the Orient, with a Flying Dutchman and his camera behind the controls.
“I simply cannot help but gaze in awe at those lights, mesmerized by their sheer size and presence. If only more people could just see this. It was the first time for my colleague to see the aurora this bright and his reaction was priceless, to say the least.Thank god for having the cockpit lights dimmed, for we would have missed this show completely. Welcoming the wonders of the night, coffee at hand. One flight at a time.”
Christiaan is one of the world’s leading aviation photographers and more of his work and more close encounter (s) can be found here. You can follow Christiaan on Instagram here: @jpcvanheijst