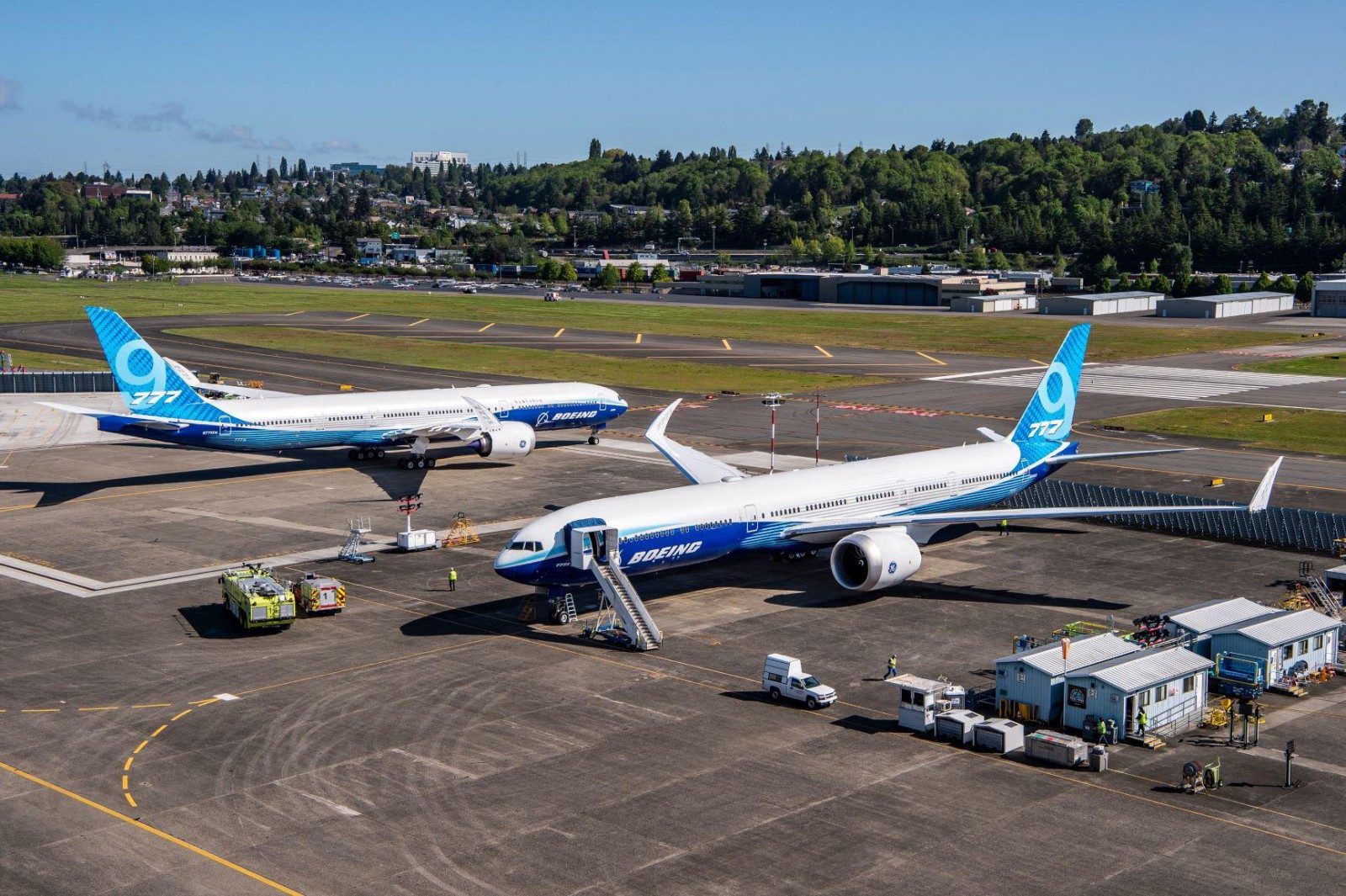 Qatar Airways Chief Executive Officer Akbar Al Baker has said his airline is close to placing an order for as many as 50 Boeing 777X freighters.

The airline has 60 of the 777X passenger variant on order and may well swap some of those for the freighter model.

Speaking in London at the UK Aviation Press Club and reported by Bloomberg Mr. Al Baker expressed concerns over copper foil used as a lightning-conductor on the competing A350’s fuselage which is causing paint peeling.

Mr. Al Baker said it was a serious problem that could require the European planemaker to seek new regulatory approvals for its top-selling wide-body Bloomberg reported.

“When we even change the armrests of our seats it has to be recertified,” Al Baker said at the U.K. Aviation Club. “Does Airbus realize — I’m not getting into detail because I could really crucify them — that when you replace such an important safety matter, don’t you need to recertify the aeroplane?” Mr Al Baker said.

Airbus launched the A350 freighter at the recent Dubai Airshow and secured orders for 11 A350Fs.

Al Baker said that an order would come by the end of the year.

An Airbus spokesman told Bloomberg Monday that the company is working with the European Union Aviation Safety Agency on the paint issue. Using a different type of copper foil for lightning-strike protection is one possible solution to the problem, which arises from differences in how the plane’s composite shell reacts to changes in temperature.

Qatar Airways has grounded 16 A350s since May over the issue and other airlines are reporting problems, which are largely cosmetic.