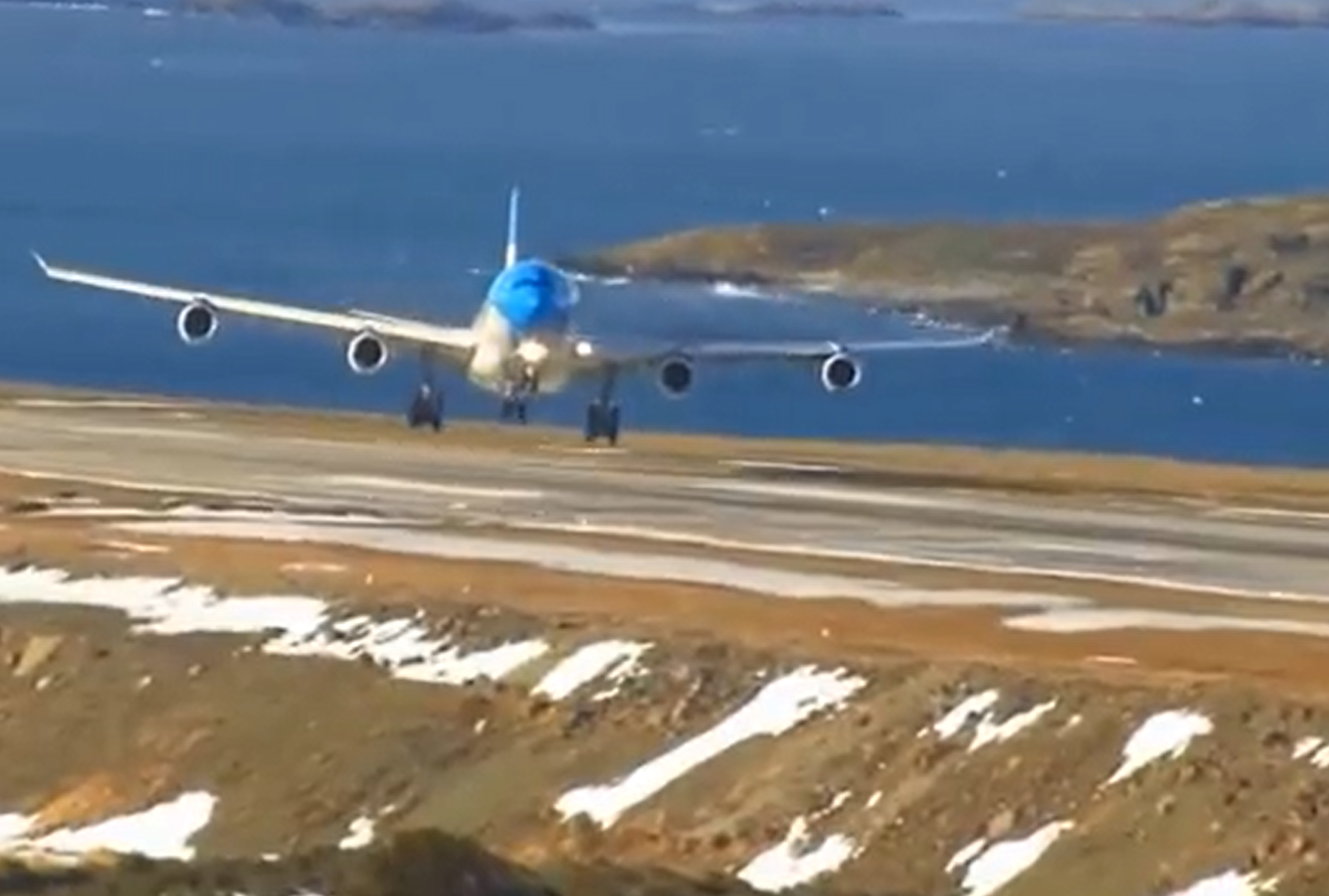 The pilot of an Airbus A340 has performed a perfect cross-wind landing captured on the video below.