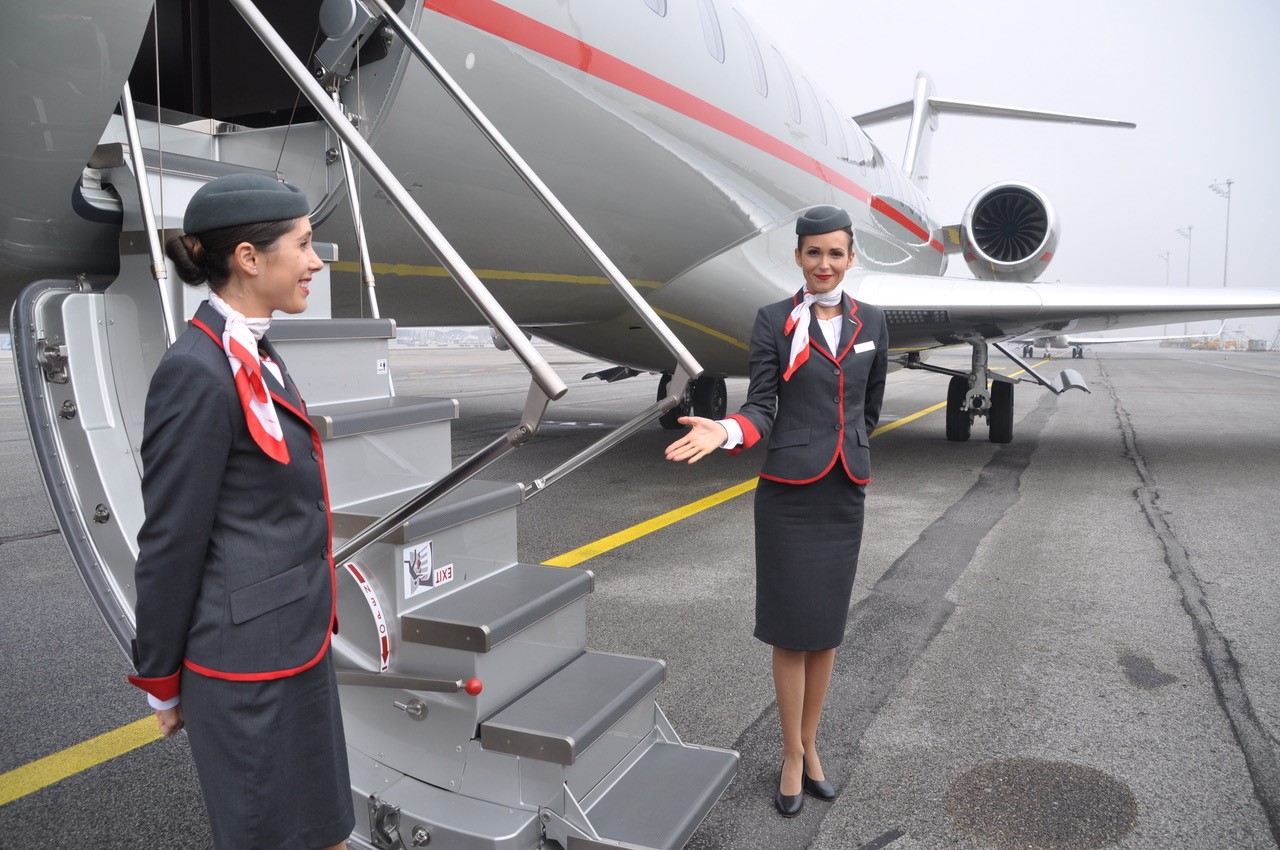 If you’re not used to flying like a billionaire, it takes a bit to get accustomed to it, but then, experienced private fliers say, you become hooked easily.

Few people outside the typical wealthy clientele get to experience that first hand but I recently had the unique chance to take a brand new Bombardier Global 7500 on a flight from Munich to Dubai.

Business aviation is the only booming segment in the industry during the pandemic, besides cargo.

Flights have skyrocketed since COVID with more than 4.2m private flights having taking place until early November this year, according to consultancy WingX.

Global business jet traffic was up 60 percent year over year in November, and 16 percent up this November versus the same month 2019. Worldwide, there are 15,200 active business jets currently, 11,500 of which are operating in the US.

Manufacturers can’t satisfy the enormous demand to buy new jets, used business jets are at premium prices, and some fractional ownership companies had to stop taking on new customers for their entry-level jet card programs due to overwhelming demand.

Quite a success story in numbers, but how does it actually feel different using a super-large business jet on long-haul?

My ride today was only been delivered to VistaJet from Canada in 2020 and is the fourth in its fleet and it will have 13 by the end of 2022 in total. The company, founded in 2004 by Swiss entrepreneur, billionaire, and race driver Thomas Flohr, calls itself “the first and only global business aviation company”.

It currently operates a total of 81 aircraft, with another order for ten Challenger 350s among others, fleet size will rise to 96 at the end of 2022.

The business model of VistaJet is selling flight-hour subscription plans, offering guaranteed access and availability to the entire fleet at a fixed hourly rate. An entry package starts at around A$800,000 for 50 flight hours, dividing as A$16,000 per hour, while the average client, corporation, or individual, spends about A$1.2 million annually, some even A$8-11 million a year.

The decentralized VistaJet system, with aircraft not returning to any particular base minimizes so-called empty-leg positioning flights often not generating revenue. VistaJet claims it only has a 30 percent average of empty legs versus an industry average of 50 percent.

The Global 7500, list price US$75million, is classified by Aviation Week as “the largest, roomiest, farthest flying and most expensive purpose-built business jet yet created by a general aviation manufacturer.”

It’s based on the earlier Global 6000 with a new transonic wing, a four-zone cabin a third longer than competing models, and an incredible range of 7,700nm (14,300 km), meaning it can remain airborne for over 16 hours.

Entering the cabin is a stunning experience, even if one has inspected other private jets on the ground before.

For a purpose-built private jet, the Global 7500 cabin is very long at 16.59 meters, divided into four zones. It seats up to 14 passengers and can offer beds to eight, with two couples in double beds.

Surprisingly, one thing not available on today’s journey is inflight wifi, a given now even with many low-cost carriers. As VistaJet operates globally and has to rely on expensive satellite communications, this feature has to be booked and paid for separately from the actual flight charges.

The aircraft climbs quickly alongside alpine peaks on the right side, overflying the many lakes of Bavaria and Austria. “The Global 7500 is certified for 51,000 feet, we fly up to 49,000 feet,” explains pilot Dennis Voigt, a Dutchman and former KLM Captain with the experience of about 16,000 flight hours.

“There is less air resistance in this thinner air which means you need a certain kind of wing to sustain lift up here and a lot of power, but due to less resistance it’s more fuel-efficient.”

While business jet operators stress their offering is about much more than champagne and pampering these days, they certainly are capable to deliver just that with perfection.

VistaJet takes pride in claiming to employ the most trained air hostesses anywhere, 200 of them, all ladies and with Spaniards being the biggest nationality group. Almost all VistaJet cabin crew come from the big three Gulf carriers, today’s ladies used to work for Emirates.

For the multi-course, hours-long culinary feast they offer to their passengers, the flight attendants set up a huge banquet table effectively solidly blocking cabin movement from aft to front, which is no issue as there are bathrooms on both ends. With the sumptuous meals, some courses served buffet style, go top wines from Vista Jet’s own cellar in the price range of over A$200 per bottle. No wonder time flies.

Flights can stretch for a very long while on the Global 7500. It even holds the 2019 record of covering the “longest city-pair flown by a purpose-built business aircraft” when it flew non-stop over 8,225 nm (15,233 km) between Sydney and Detroit.

“My longest flight on the Global 7500 recently was Bahrain to Rochester, Minnesota, that was almost 14 hours, and we were three pilots, that’s for any flight over twelve hours, we have a crew rest and take turns,” explains Captain Dennis Voigt.

Our flight to Dubai World Central is much shorter at a mere five hours and 19 minutes of indulgence on board this very special aircraft.

As DWC is one of VistaJet’s major destinations, their flights are handled by ground operator Jetex, boasting its very own ultra-chic designer VIP terminal, complete with table-tennis in the departure lounge.

True to the high benchmark set by the impeccable flight, the passengers are awaited by a chauffeured Rolls-Royce Ghost at the aircraft steps for a quick hop to the terminal, where formalities even during a pandemic are handled in a breeze before the Rolls whisks the newly arrived to their hotel. What a way to travel!