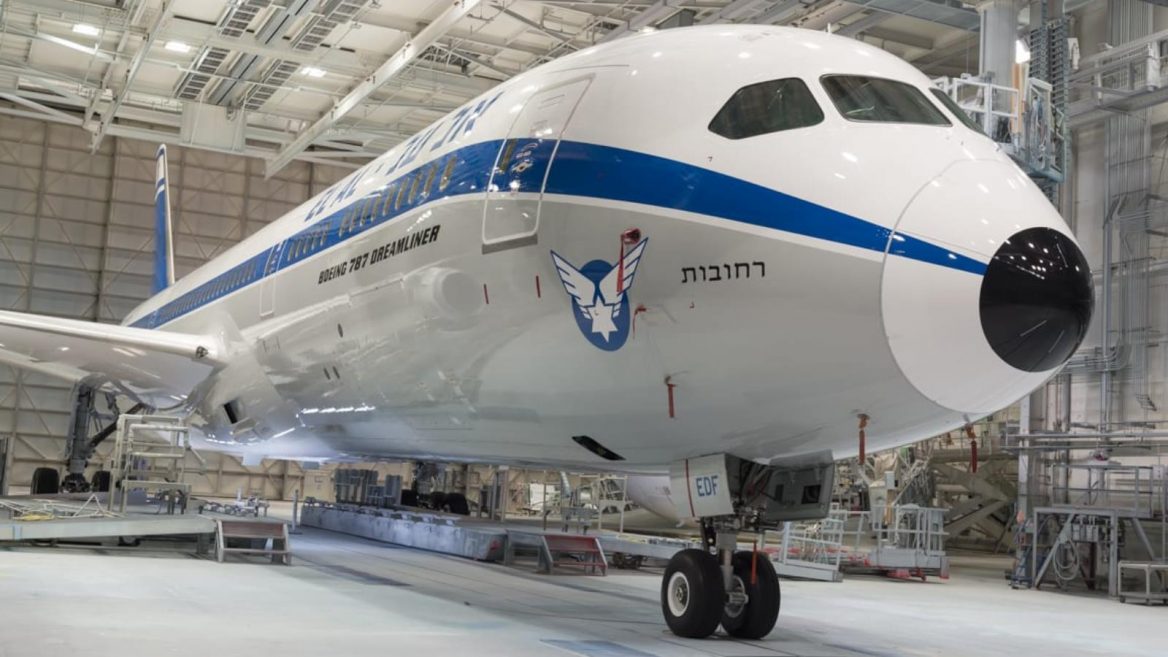 Perth could become the Australian entry port for El Al according to a new report from Linus Benjamin Bauer, Managing Consultant at Bauer Aviation Advisory and Visiting Lecturer in Air Transport Management at the City University of London and Daniel Bloch, Principal at Bloch Aviation Advisory, IE University.

We publish the report in full.

The COVID-19 crisis provided a foundation for airlines around the world to test out their operational and logistical capacity to deliver ultra-long-haul services. As such, a myriad of carriers like EL AL Israel Airlines conducted a range of special repatriation and cargo flights, of which comfortably fell into the Ultra-Long-Haul bracket. In late March 2020, the Israeli flag carrier El Al Israel Airlines made its debut in Australia with a non-stop flight from Tel Aviv to Perth, followed by an ultra-long-haul flight from Tel Aviv to Melbourne on 2 April 2020. It was the longest-ever flight El Al has completed (MEL-TLV: 17h15m). Several hundred Australians and 500 Israelis were brought home on both special flights between Tel Aviv, Perth and Melbourne.

In December 2019, El Al announced the intention to test the viability of the ultra-long-haul link between Tel Aviv and Melbourne with several trial flights on its Boeing 787-9 between March and May 2020. However, due to the current COVID-19 pandemic, those plans have been put on hold until further notice. According to Israel’s ambassador to Australia, Mark Sofer, Israel wants to introduce direct flights to Sydney or Melbourne and waive quarantine requirements for travelers by December 2020, as countries that have so far successfully contained COVID-19 jostle to be the next destination added to the currently establishing Australia-New Zealand air travel bubble.

READ: Qantas and Jetstar to lift network from 5 percent to 40 percent by end of July.

By launching non-stop flights between Tel Aviv and Melbourne, they are trying to tap into the large Israeli diaspora at the East Coast of Australia (Melbourne, Sydney and Brisbane). The lack of connectivity options to Israel from Australia for the Jewish diaspora and business travelers (e.g. start-up scene, natural resources, diamond trading, etc.) has been recognized by the Israeli carrier. To date, the passengers have to fly from Sydney to Tel Aviv either via Johannesburg, Bangkok or Hong Kong (from SYD on codesharing partner Qantas and then from Bangkok or Hong Kong onwards to Tel Aviv on its own 777/787 metal), adding up to 8 extra hours to the total travel time than potential non-stop flights between the East Coast of Australia and Israel.

The addition of up to 8 extra hours to the total travel time from Sydney to Tel Aviv via any of the above-mentioned hubs is partly due to the restrictions and no permissions to overfly Arab countries on its way from Bangkok or Hong Kong to Tel Aviv. The airspace exclusion (e.g. Saudi Arabia) restricts the operational performance of ultra-long-haul flights between Tel Aviv and Melbourne and it has to be considered as one of the key challenges and threats to the viability of potential ultra-long-haul services between Israel and Australia nowadays and in the future.

Due to political, geopolitical and security-related reasons, El Al operates in an almost entirely point-to-point market, leading to an entire absence of hub-and-spoke traffic at Tel Aviv (e.g. Europe – Israel – Asia/Australia). It leads to another key challenge for El Al to “cherry-pick” demand between two cities throughout the whole year. From the economical point of view, the increasing security-related costs in Israel has to be considered as one of the additional threats to the economic feasibility of such cost-intensive ultra-long-haul services between both countries: El Al spends up to US$110m a year to conform with the airline’s security measures required by Israel’s Shin Bet security service. In other words, the security-related costs per passenger are approximately 10 times higher than in the United States of America (post 9/11). El Al’s constant struggle to be profitable in the airline business is partly caused by operating in a very costly environment.

The restriction on flying during the Jewish Shabbat has to be also considered as another operational challenge for El Al with the intention to operate ultra-long-haul flights to Australia. During Shabbat, El Al flights have to land by sunset on Fridays and are not allowed to depart on a Saturday. Technical delays or events (e.g. AOG) that have run into Shabbat would force El Al to cancel flights. It would have a negative impact on the premium customer experience and thus decrease in demand for such direct services with the Israeli carrier.

From airspace bans by Arab countries to its ‘self-imposed’ Shabbat restrictions and its entire point-to-point network (no feeder traffic at any end), the national carrier of Israel would face a unique set of challenges if they intend to operate ultra-long-haul flights from Tel Aviv to Sydney or Melbourne. However, the environment could change in the post-COVID-19 era (e.g. driven by the harmonization of relationships between Israel and Arab countries, and the increasing demand for direct non-stop services to bypass hubs across the globe).

With respect to the above-mentioned key findings, the author comes to the conclusion that Perth could be also considered as one of the potential alternatives for El Al to break into the Israel-Australia market for tourists, VFR and business travelers in the meantime (near future). The existing codeshare partnership deal between El Al and Qantas could be extended in this case. In this scenario, El Al would operate Tel Aviv – Perth on its own metal (e.g. 787-9) and offer feeder flights from Perth to 14 different destinations in Australia by its codesharing partner Qantas.

Such a new routing could reduce the total travel time between Tel Aviv and Sydney by up to 5-6 hours. The replacement for the existing ‘odyssey trips’ (e.g. Sydney – Hong Kong / Bangkok – Tel Aviv) could also boost additional demand for travels between Israel and Australia (business, leisure and VFR).

Based on various analysis conducted by the author in collaboration with Daniel Bloch and Dr Rico Merkert, Perth acts as a primary candidate to become a hub for ultra-long-haul and long-haul flights, given its relative proximity to Europe and the Middle East in comparison to that of the cities on the East Coast of Australia (e.g. Sydney, Melbourne and Brisbane). The West Australian capital’s airport could look to position itself as Australia’s primary gateway for Europeans and people from the Middle East including Israel, offering direct services into Perth by Qantas or El Al, for instance, serving both point-to-point and connecting traffic with its access to a large and diverse domestic market.