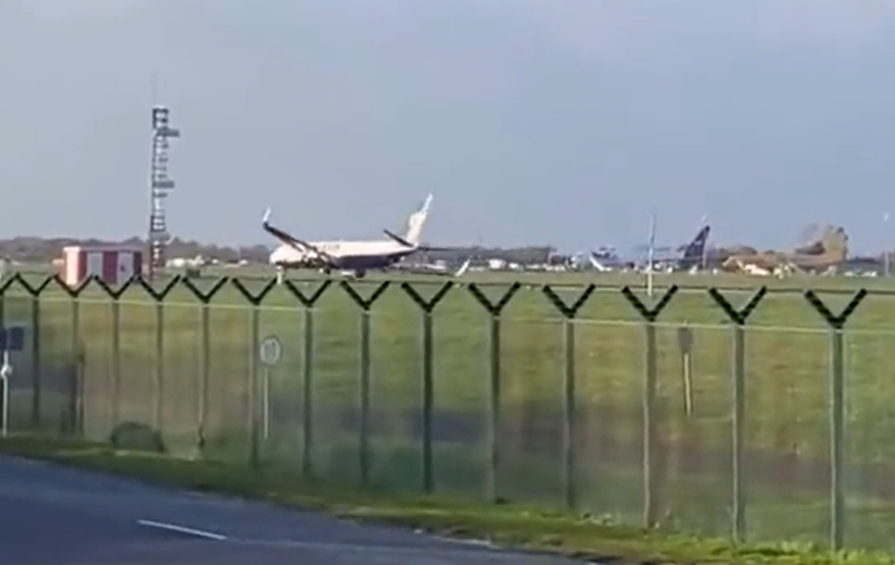 We have a video of a Ryanair 737 landing where the wing almost clips the runway due to strong wind gusts.

The Ryanair 737 has a stable approach but appears to be blasted by a powerful crosswind right on touch down lifting the wing over.