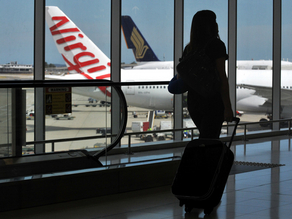 Virgin Australia has won Domestic Airline of the Year at the Roy Morgan 2012 Customer Satisfaction Awards.

The announcement was made at a dinner in Melbourne on Wednesday night. The award for International Airline of the Year went to Singapore Airlines, while, for the second time in a row, Crowne Plaza was recognised as Hotel and Resort of the Year.

Addressing the audience, Roy Morgan Research CEO Michele Levine said: “We all know the Australian tourism industry is a tough place to be. “With the GFC, the high Australian dollar and Australians’ increasing international outlook, domestic tourism is down and overseas travel is up – only Melbourne is bucking the trend,” she said. “Keeping Australians holidaying at home means that for this sector, satisfaction is crucial.”

The awards, which are in their second year, acknowledge Australian businesses who led their industry in customer satisfaction last year. They cover more than 30 categories, recognising sectors such as travel, banking, retail, motoring and hospitality. Roy Morgan Research collected satisfaction ratings through its 2012 Consumer Single Source survey of over 50,000 Australians and its Business Single Source survey of 22,000 decision makers.