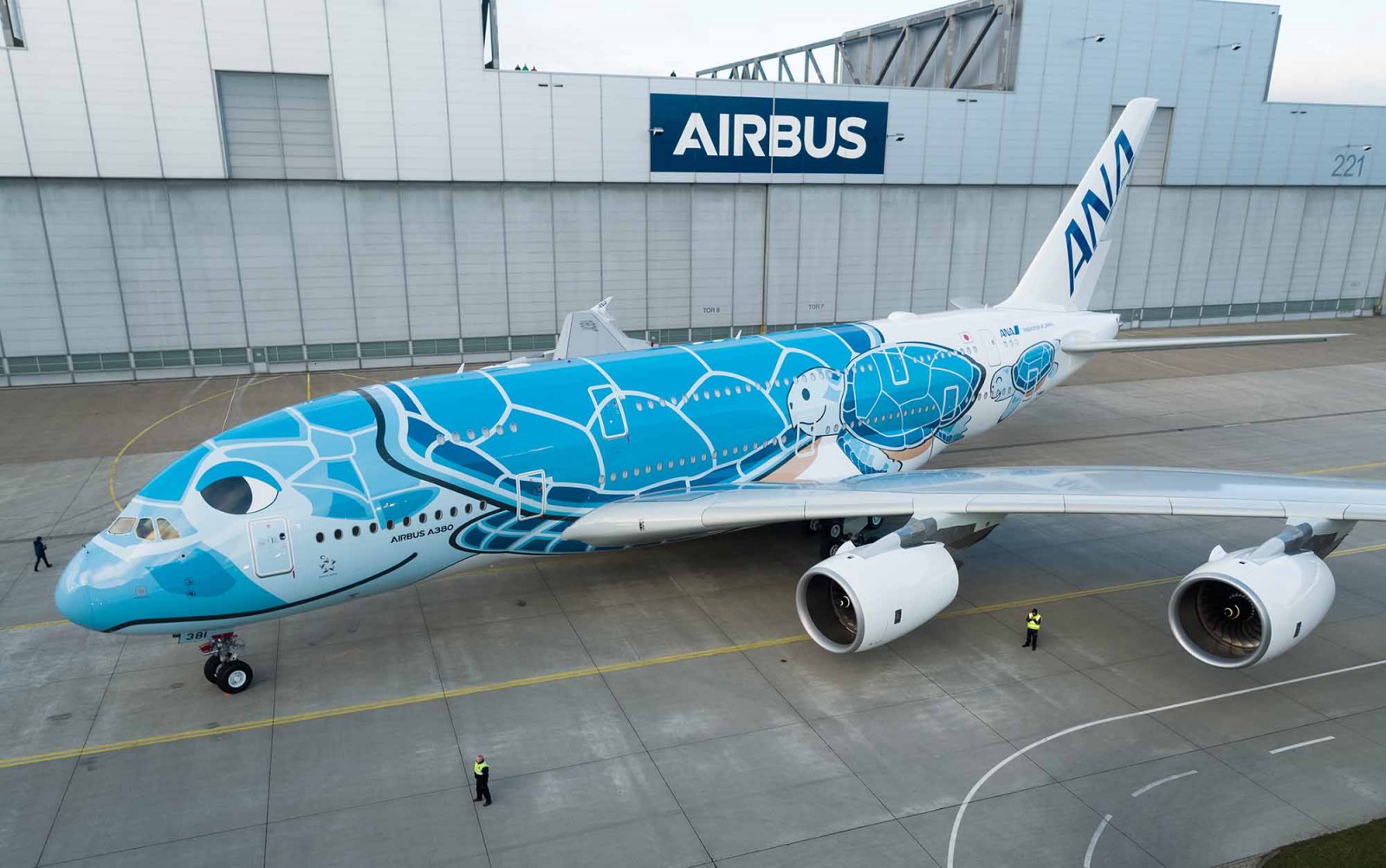 The first fully-painted Airbus A380 for All Nippon has been unveiled at Airbus at Hamburg, in Germany.

JA381A is the first of three to feature the ‘Flying Honu’ turtle livery, designed by Chihiro Masuoka, the winner of a 2,300-entry public competition for the design.

“Honu turtles are biggest animals ever to be painted on any aircraft, ” he said.

All Nippon Airways earlier unveiled its striking new in-flight product for its A380s for the Tokyo Honolulu route.

The hard product was impressive enough when ANA unveiled its “Flying Honu” sea turtle-liveried Airbus A380 earlier this year: first class suites, staggered fully flat business class seats, premium economy and spacious economy seats. But the Japanese carrier, often at the forefront of passenger experience, is bringing even more to the literal and figurative table with a remarkable range of soft products.

First class passengers will enjoy meals from Michelin-starred chef Ryo Takatsuka, head chef at the restaurant Noe at the Four Seasons Resort Oahu at Ko Olina in Hawai’i. This is certainly smart linkage of in-air and on-ground hospitality guest experience. But it’s not just in the pointy end: Australian casual dining group Bills is creating menus for economy on the outbound flight from Japan, which come with a drink voucher for bills’ Waikiki location.

Premium economy, too, will see an upgraded meal offering compared with economy class for the first time on ANA, which promises that it will be offering “ a superior menu in comparison to the one served in Economy Class. As before, a choice from both International and Japanese culinary traditions will be available for flights to and from Japan.”