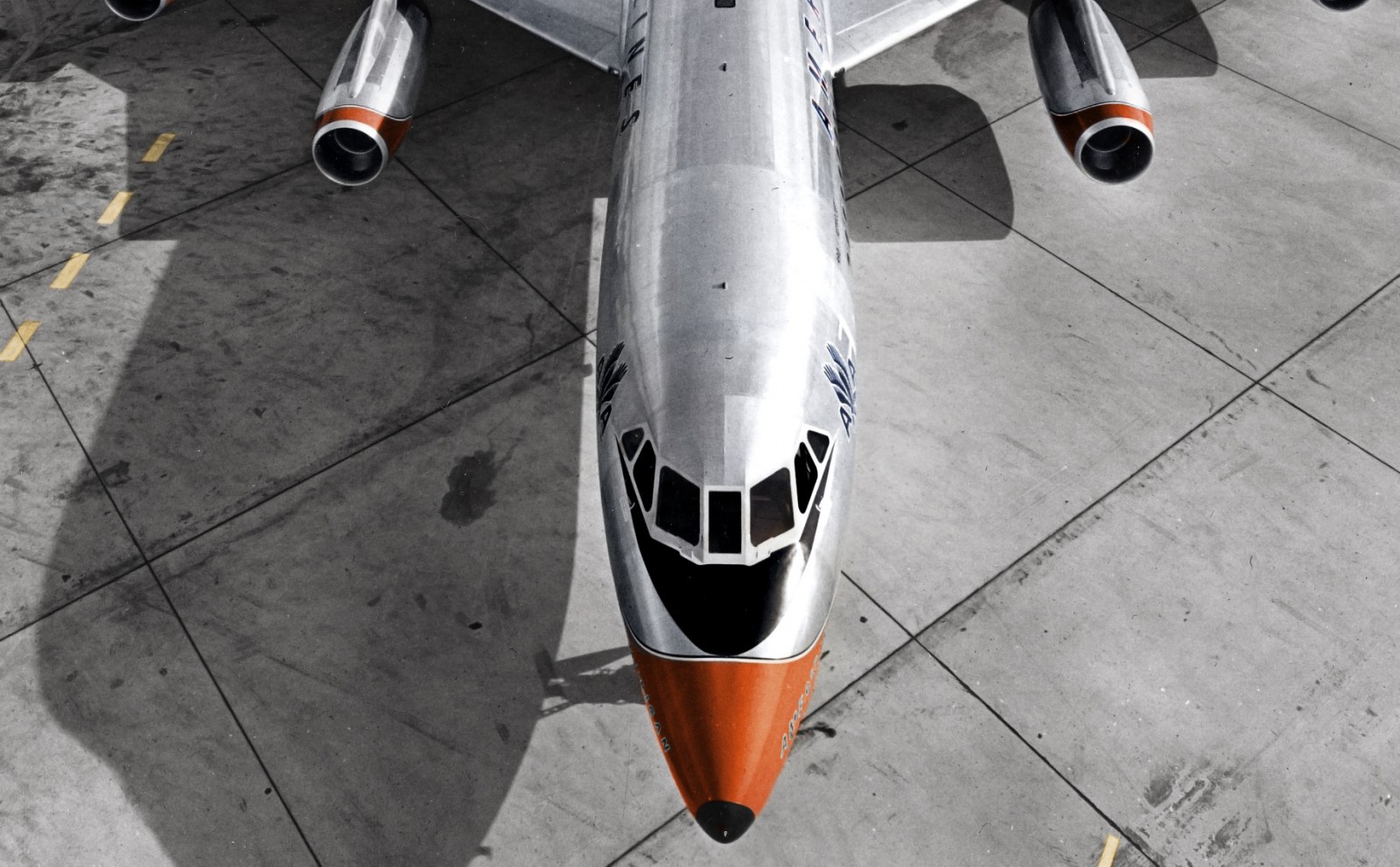 The photos epitomize the raw speed of what was the world’s fastest subsonic jet built by San Diego-based Convair, a division of General Dynamics.

Original color imagery of the Convair 990 series is rare and of the American 990 even rarer.

Some years back Airline Ratings discovered and had scanned a small cache of color factory shots of CV880s and CV990s but there was precious little of the American Airlines 990s.

This black and white photo is a classic shot of the American Airlines 990 and Mr. Vienne has done a magnificent job in colorizing it.

Convair, pursued American Airlines’ business by guaranteeing an enhanced 880 would beat the competition coast-to-coast by 45 minutes.