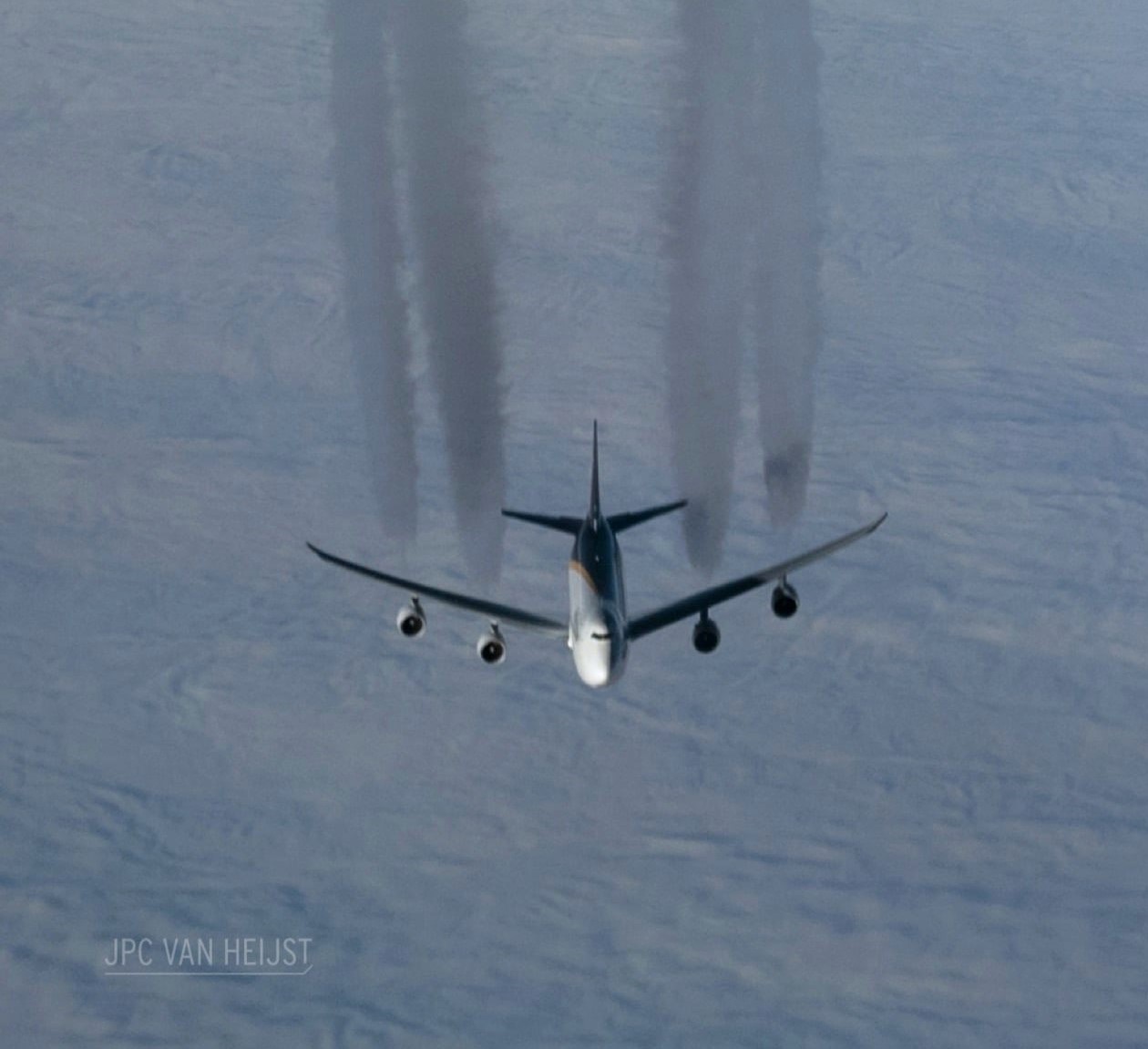 Long live the queen says 747 Christiaan van Heijst.
Christiaan van Heijst a 747 pilot takes up the story.
“Like ships passing in the night. UPS 747-8 Freighter zooming past, 1000 feet lower in the opposite direction with a closure speed of nearly 1900 km/h.
“Empty frozen skies over southern Russia, only a dozen cargo planes cruising from west to east and vice versa.
“It’s somewhat amusing to see how the 747 was deemed obsolete and ridiculed into the rusty corner of aviation just one year ago. An antiquated machine, a charismatic remnant of bygone times at most.
“I was told I’m an idiot to be flying cargo instead of a fancy twin-engine shiny jet full of passengers out of the Middle East. Shortcut to the fourth stripe! More money! Chicks who will see my uniform!
“No thanks, I’m more than happy flying an anonymous cargo plane across the globe with my camera at hand, enjoying the tranquility of a silent flight deck under a full moon.
READ Qatar Airways the world’s favorite airline
“The world came to a screeching halt in April 2020, aviation included. A virus crippled societies and grounded nearly all airlines in the world.

“Except for freighters and in particular the Boeing 747; the flying machine that provides the world with vital loads of food, supplies and medical equipment. Reliable, versatile and able to carry unbelievable amounts of freight in her cargo holds.
“Reborn like a phoenix from its ashes. Dozens of 747s parked in the desert, soon to become coke-cans, were suddenly refurbished and given a second life. The Queen of the Skies earned her name once again.
“I feel proud to fly this iconic machine for a living, even after thousands of hours and so many incredible flights in my logbook. Continents, memories, sceneries and adventures that I could never have imagined.
“Long live the Queen.”