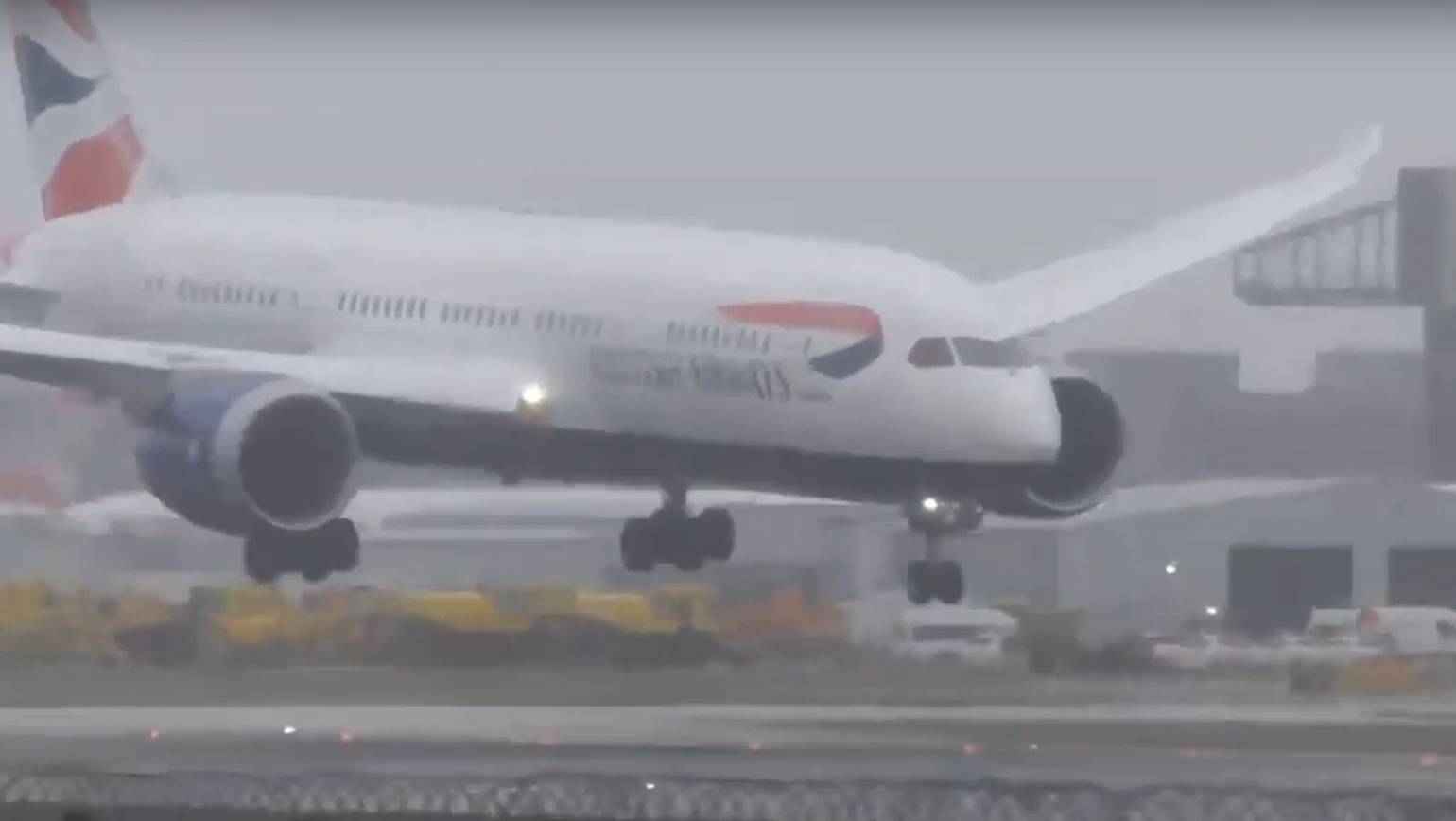 The pilots of a British Airways Boeing 787 were forced to abort the landing at Heathrow because of severe wind shear associated with Storm Erik.

Winds have been recorded at 70mph or 112km/hr on the west coast of the UK.

The dramatic video was caught by Big Jet TV.

It shows the Boeing 787 pitching forward then “touching” down before the pilots make the correct decision to abort the landing.

SEE our 747the 50th-anniversary coverage

And the wind is going to get worse with the UK Met Office predicting “severe gales” for Saturday.

Alex Deakin from the UK Met Office told media that snow could also fall over England and Wales.

There is also a flood warning current.