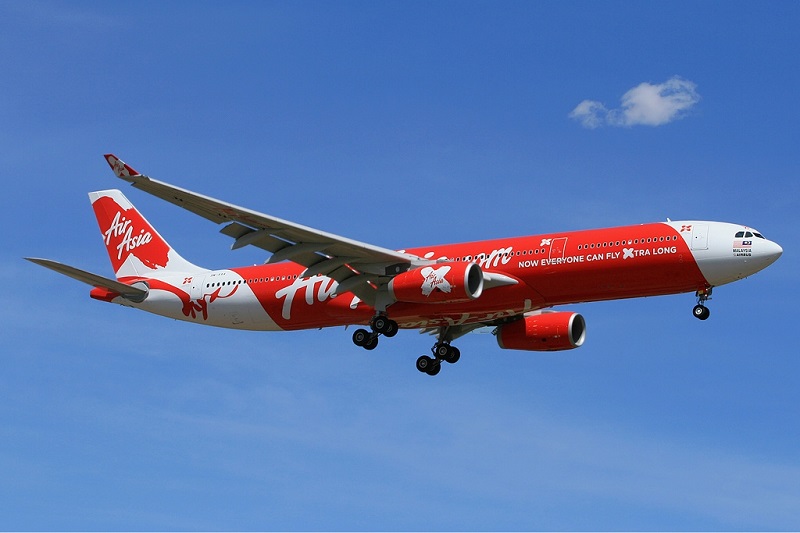 An AirAsia X captain inadvertently entered the wrong longitude into an Airbus A330’s navigation  system, causing the plane to fly in the wrong direction and cross the departure  path of an adjacent parallel runway at Sydney Airport.

The captain, with more than 22,000 hours experience, omitted a zero when manually entering data prior to take-off using a technique not recommended by the manufacturer.

This resulted in a positional error of more than 11,000kms and the aircraft was not fitted with an upgraded flight management system that would have compensated for the mistake.

An Australian Transport Safety Bureau report into the incident found the crew failed to pick up the error until airborne and their subsequent attempts to fix it caused further problems.

The March 10, 2015 flight to Kuala Lumpur was departing on Sydney’s runway 16R when air traffic control saw it enter the departure flight path of runway 16L.

The report said the crew were likely distracted by an enhanced ground proximity warning system alert that prevented them from noticing the turn towards the parallel runway until alerted by air traffic control.

The flight crew were having trouble with their instruments and identified a problem with the navigation system. However, their attempts to troubleshoot the issue caused further degradation of the system as well as flight guidance and control systems.

At one point, the captain’s primary display lost all information except airspeed and vertical speed while the first officer’s display showed incorrect heading information and there was no usable map, waypoint of tracking information.

The autopilot and autothrust systems were also unavailable and some of the aircraft’s handling characteristics were affected by a change in the A330s flight law.

An attempt to return to Sydney was thwarted because bad weather had set in and the degraded systems meant the aircraft could only land in visual conditions. It was instead radar vectored by air traffic control to Melbourne where the crew performed a go-around on their first approach before landing safely.

The plane spent just under three hours on the ground being checked before departing for Kuala Lumpur with the original crew.

The ATSB found that despite a number of opportunities to identify and correct the error, it was not noticed until after the aircraft became airborne and started tracking in the wrong direction.

“The ATSB also found that the aircraft was not fitted with an upgraded flight management system that would have prevented the data entry error via either automated initialisation or automatic correction of manual error,’’ the report  said.

“The flight crew attempted to troubleshoot and rectify the situation while under heavy workload.  Combined with limited guidance from the available checklists, this resulted in further errors by the flight crew in the diagnosis and actioning of flight deck switches.’’

There was kudos, however, for air traffic controllers whose “effective monitoring and assistance’’ reduced the risk to the AirAsia aircraft and other planes in the area.

It also shared the results of an internal investigation with all pilots and is reviewing the recovery procedures to be undertaken.

Investigators said that even experienced flight crew were not immune to data errors and noted that carrying out procedures and incorporating equipment upgrades recommended by aircraft manufacturers would assist in preventing or detecting such errors.

It also illustrated the importance of effective communication when dealing with an abnormal situation under high workload conditions.

To its credit AirAsia X has quickly reacted to the incident. In a statement it detailed its actions.

With reference to the Australian Transport Safety Bureau (ATSB) report published today regarding an incident involving an AirAsia X Airbus A330 aircraft with registration number 9M-XXM bound for Kuala Lumpur from Sydney on 10 March 2015, AirAsia X would like to confirm that we have taken the following corrective actions immediately following the incident, and prior to the publication of today's ATSB report:

AirAsia X would like to stress that we have in place robust management systems to monitor and prevent similar incidents from reoccurring.

We also wish to reiterate that we have regularly passed safety and security audits conducted by various international regulators, including the IATA Operational Safety Audit (IOSA). We remain committed to ensuring our compliance to all safety and security regulations.

The safety of all guests and crew are our utmost priority at all times.