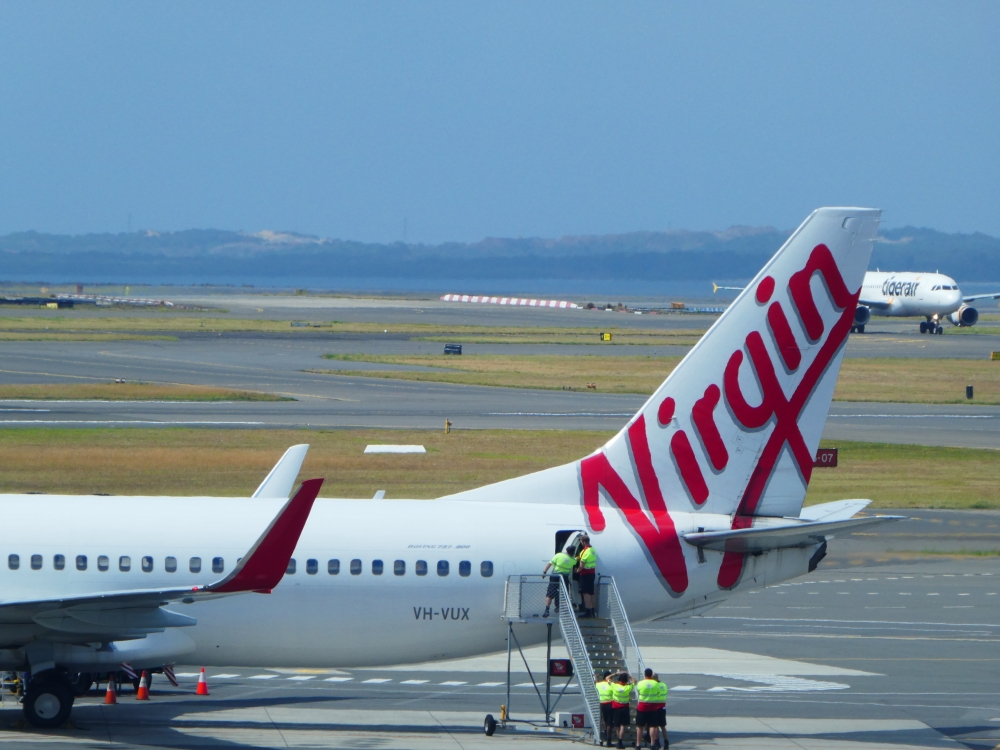 Virgin Australia has descended further into junk territory after its credit rating was downgraded from B- to the higher-risk CCC  by S&P Global Ratings.

The rating agency also placed the airline on CreditWatch, saying this reflected its view that a default or a distressed exchange appears increasingly likely over the next 12 months.

A distressed exchange occurs when a company offers creditors new or restructured debt or a new package of securities to reduce its financial obligations.

The downgrade is in response to moves by the airline to cut domestic capacity, ground 125 aircraft and stand down 8000 staff, about 1000 of whom will be made redundant.

It further underscores the need for action by the Australian government to provide industry support during the COVID-19 crisis to underpin a competitive aviation industry.

The analysis does not take into account any extraordinary support from the Australian government, although it notes the government has publicly stated it is carefully considering further support measures for the industry.

It suggested help from major shareholders Etihad Airways, Singapore Airlines, Nanshan Group, HNA Group and Virgin Group is unlikely as they struggle with their own problems.

“Despite management initiating decisive measures to preserve cash, we nevertheless believe the scale of the COVID-19 exogenous shock has created an immediate and sizable cash outflow,’’ S&P said in its analysis.

“We estimate that up to half of Virgin Australia’s operating costs are fixed and that a reduction in variable costs will not offset the collapse in revenue.

“In addition, the positive working capital benefit provided by forward bookings and the Velocity Frequent Flyer business is now likely to partially unwind.

“As a consequence, Virgin Australia’s previous $A900 million unrestricted cash buffer is likely to materially reduce in the very near term.”

It noted Virgin had successfully repositioned itself as a full-service carrier, had the youngest domestic fleet, a dual-brand strategy and an integrated frequent flyer business.

The agency also believed management had taken decisive action to improve the long-term viability of the airline through measures such as resetting the cost base and exiting underperforming international routes and bases.

However, it warned it could further lower the rating if Virgin Australia’s liquidity deteriorates to such an extent that a default or distressed exchange eventuated or appeared almost certain.

“Conversely, we could raise the rating if the Australian government or other parties provide timely financial support that buttresses the group’s liquidity or there is a reversal of the COVID-19 outbreak to the extent that domestic passenger volumes swiftly recover,’’ it said.

The downgrade came as the competition watchdog gave Australian airlines special dispensation to co-ordinate on some regional routes during the COVID-19 crisis.

The Australian Competition and Consumer Commission on Thursday granted interim authorization to Regional Express (Rex) allowing it to coordinate flight schedules with Virgin Australia and Qantas on 10 regional routes during the coronavirus pandemic.

The routes include four in NSW, one in Victoria, three in South Australia and two in Queensland.

But Rex has unveiled plans to cease all flying except subsidized Queensland routes from April 6 unless it gets government assistance and said it would only enter into discussions with QantasLink if that assistance was forthcoming.

The authorization will allow the airlines to share revenue, but the approval is conditional on airlines charging fares no higher than those in place on February 1, 2020, a move the ACCC says will prevent them from raising prices.

“We recognize this is an urgent request,’’ ACCC chair Rod Sims said.

“This authorization will help provide certainty for regional flight operators to support services on these routes for those who need to use them.

“We hope that this temporary measure will also support airlines’ ability to again compete with each other on these routes once the pandemic crisis has passed.”

The coordination could involve arrangements such as each carrier on a route operating one daily service, with revenue shared between carriers, he said.

Or it could involve an operator suspending operation on a route to allow another carrier to maintain a viable service.

The ACCC can review the Rex authorization at any time and is seeking comment on the move.