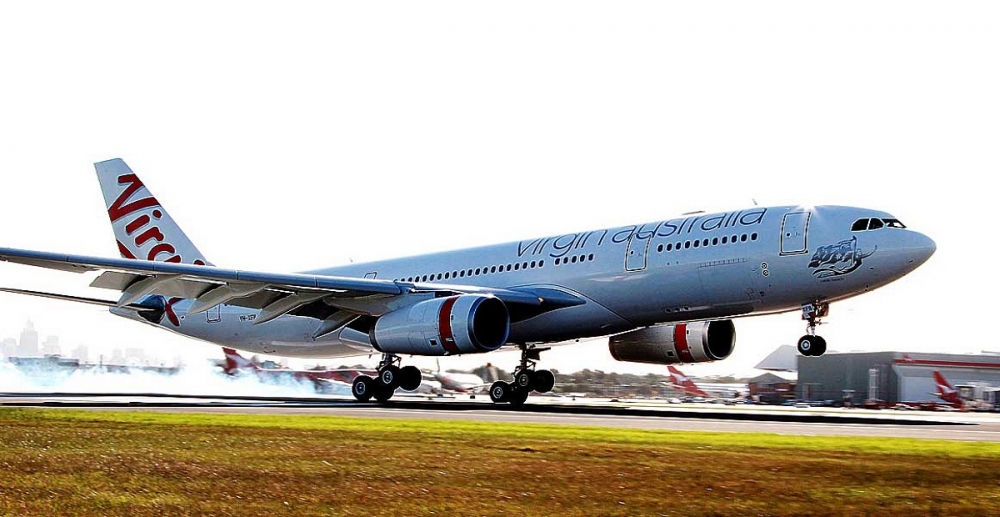 Virgin Australia will reduce its group domestic capacity by 90 percent, ground 125 aircraft and stand down 8,000 workers in a dramatic response to COVID-19 travel restrictions aimed at getting it through the crisis.

About 80 percent of the airline’s 10,000 workers will be stood down until at least the end of May.

Some will be able to access accrued leave entitlements but the airline acknowledged that many would face leave without pay and is working with suppliers to find them alternative employment.

There will also be redundancies as the airline continues to restructure to lower its cost base.

“We’re still working through those numbers with our people and the unions but at this point in time, on the back of these announcements today, that’s roughly 1000 people,’’ Virgin chief executive Paul Scurrah told AirlineRatings.

The airline will suspend all flying by low-cost offshoot Tigerair immediately and cut most of its domestic operations by March 27 through to at least mid-June.

This in addition to its decision to suspend all international flying from March 30 to June 14 and close all Virgin-operated lounges across its network.

The remaining 10 percent of domestic capacity, some 13 aircraft, will be retained for the transportation of essential services, critical freight and logistics.

Services will be suspended to 19 destinations, but Virgin will continue to operate “near-daily” services to 17 others.

Areas that will not return after the suspension include Virgin’s New Zealand cabin crew and pilot base as well as its Melbourne Tigerair pilot base.

“We’re making very hard and very tough decisions right now and those decisions are all about making sure we can manage our way through this crisis,’’ Scurrah said.

“Everything we’re doing right now is focusing on the preservation of cash and making sure we’re as liquid as possible to weather this storm.”

Asked whether he would follow the lead of Qantas and raise money by securitizing aircraft, he said: “We have further levers we can pull, which we won’t announce today.

“Today is really about slowing down the rate of costs and preserving cash as long as we can to weather this unprecedented event.”

The dramatic suspension comes as Australian states have closed their borders and government warnings not to travel have intensified. The Australian government has now also banned nearly all outbound foreign travel.

The aviation industry, including Virgin, will still need government support and Scurrah is optimistic that will come after comments last week by senior government ministers about the need to ensure a healthy, competitive aviation sector.

He noted a competitive aviation industry was essential to a strong, rapid recovery after the crisis and both major airlines would be needed.

“I think you saw their intent to support the airline industry with the package announced last week and which was a good start,’’ he said. “We’re confident they’re going to be standing by the industry.”

With the planes Qantas is also taking out of service, Australia now faces the biggest grounding of aircraft in its history.

For Virgin, this means repositioning and grounding more than 125 aircraft. The planes will be spread across airports and government facilities as they wait for the day they can return to service.

He said airports had put aside recent rivalry to help the airline.

“With a few exceptions, pretty much everyone in this industry is working together, working collegiately as a team, to get through this,’’ he said. “And airports are no different.

“We’ve had some really proactive and positive support from them.”

He vowed to return Tigerair and Virgin Australia to the skies “as soon as it is viable to do so” but warned the group may look different when it emerged from the crisis.

Questioned about this, he confirmed the airline would still be a full-service operator, fly widebody international routes and have a robust low-cost offering when leisure demand returned.

“I think the Virgin Australia people have come to love and know will be back stronger and better than ever,’’ he said. “What we will be doing though is making sure we become as efficient as we possibly can and make sure we’re in a position to fly as many routes as we can. “

Like everyone else, the Virgin chief was uncertain about when that would be.

“We’ve made some assumptions in the decisions we’ve made today about this being a prolonged crisis,’’ he said.

“So those decisions have formed the basis of our action to move forward and make sure we manage our way through this crisis.”