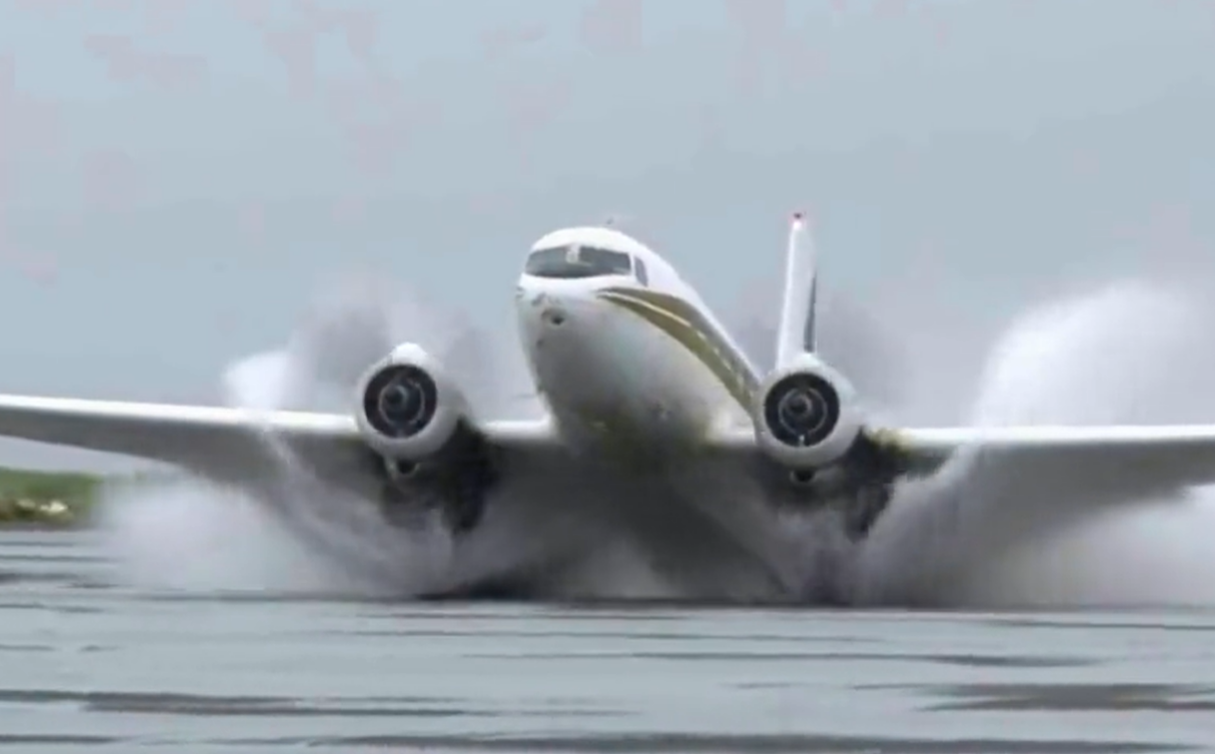 AircraftYTube has a spectacular video below of a Douglas DC-3 performing a landing on a flooded beach in Alaska.

SEE: Thousands watching US and UK spy planes over Ukraine.

The footage is from a Just Planes video which is shown below.

This video was filmed from inside the cockpit and also filmed from the ground and most amazingly a camera underneath the aircraft for some video you’ve never seen before.