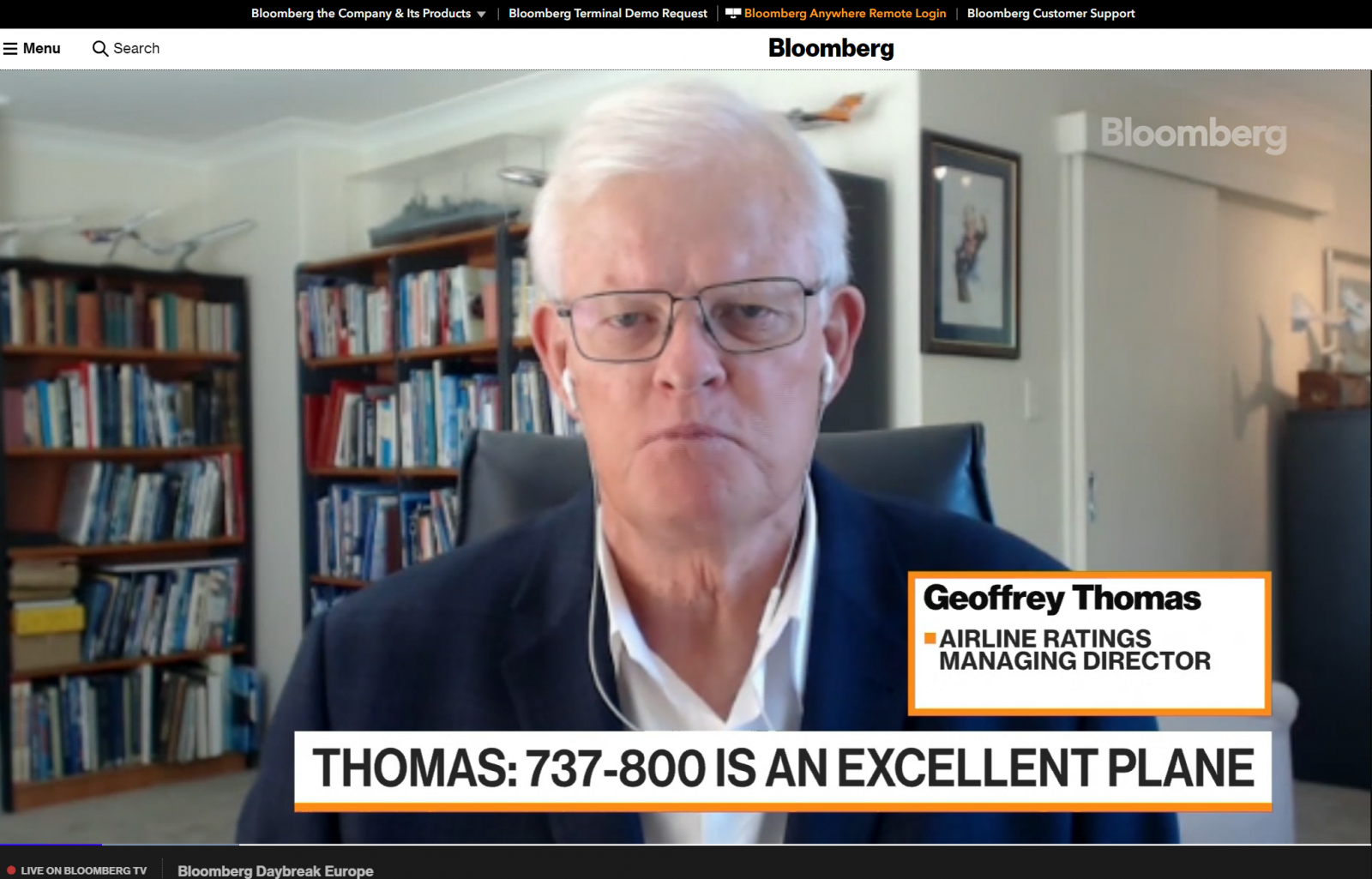 Airlineratings.com Editor-in-Chief Geoffrey Thomas has been interviewed by Bloomberg Asia about the impact on Boeing of the China Eastern Boeing 737-800 crash that claimed 132 lives.

You can see the interview here.