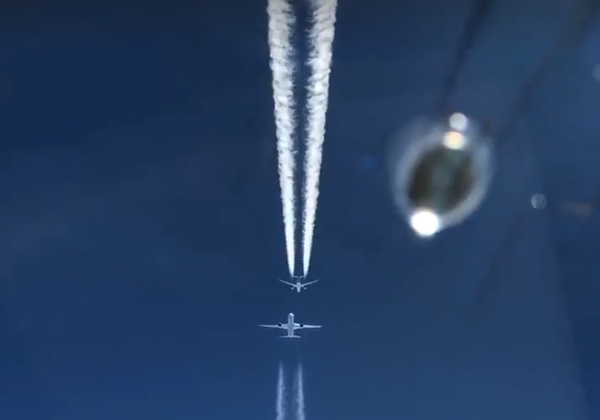 This spectacular video of three jets passing at high altitude was taken by Captain Neil Morrison.

Separations of just 1000ft are standard today for suitably equipped jets with the sophistication of autopilots and cockpit automation as well as satellites.

Within RVSMairspace (between FL290 and FL410 inclusive) the vertical separation minimum is: