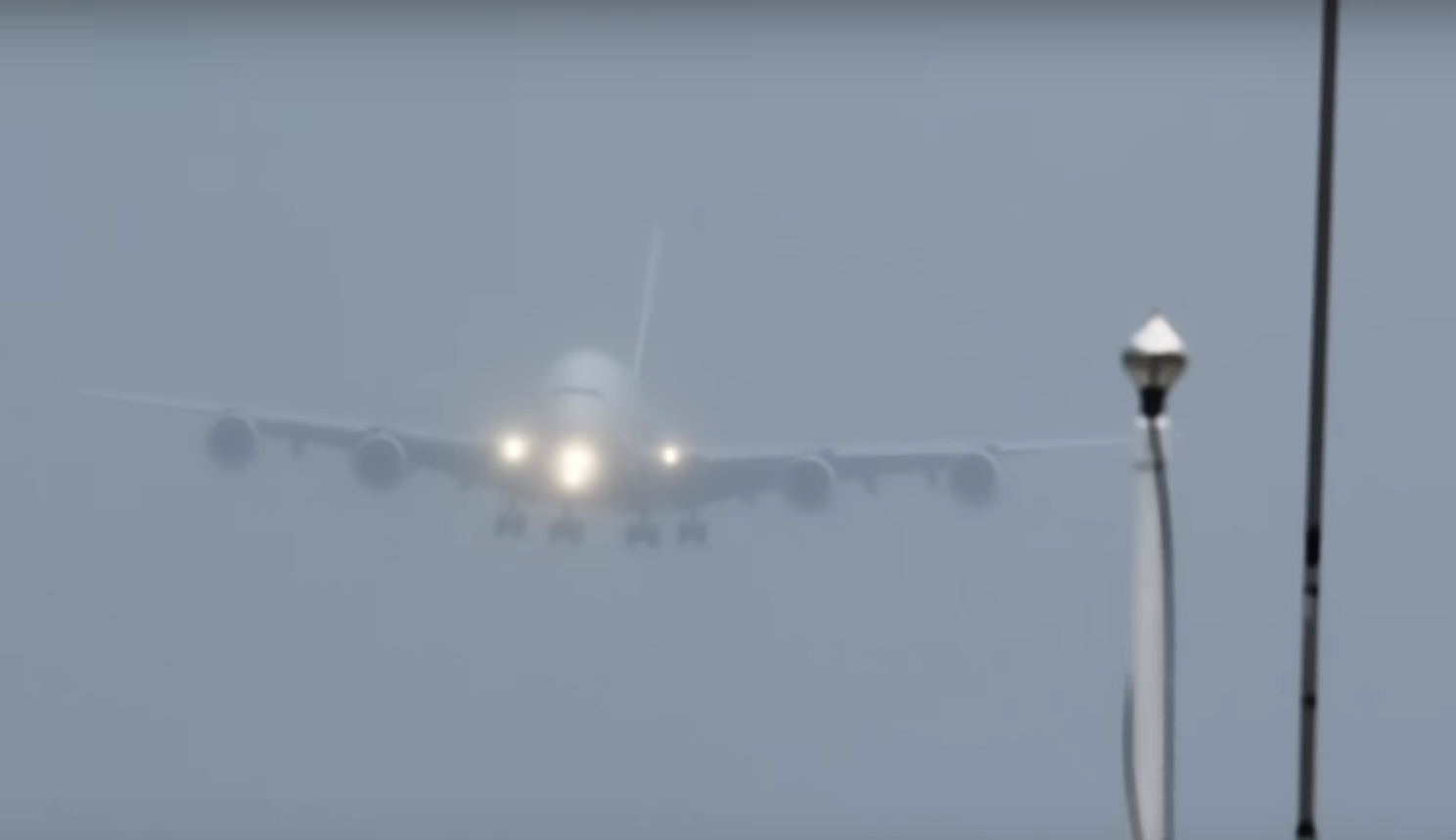 Pilots of an Emirates’ A380 have battled turbulence to land at Birmingham Airport in the United Kindom.

The video was taken by flugsug.

You can see more of his work at the above link.

“The only time I’ve seen the world’s largest plane toyed-with by severe weather, and in particular windshear which caused other flights to abort the approach.

“The Easyjet A320 simply didn’t try again and diverted away. This was a day when the wind grew stronger as it moved towards crosswind direction, finally erupting as shown here.

“The runway having been drenched minutes earlier, the avalanche of reverse thrust spray capped the Emirates giant’s performance!”