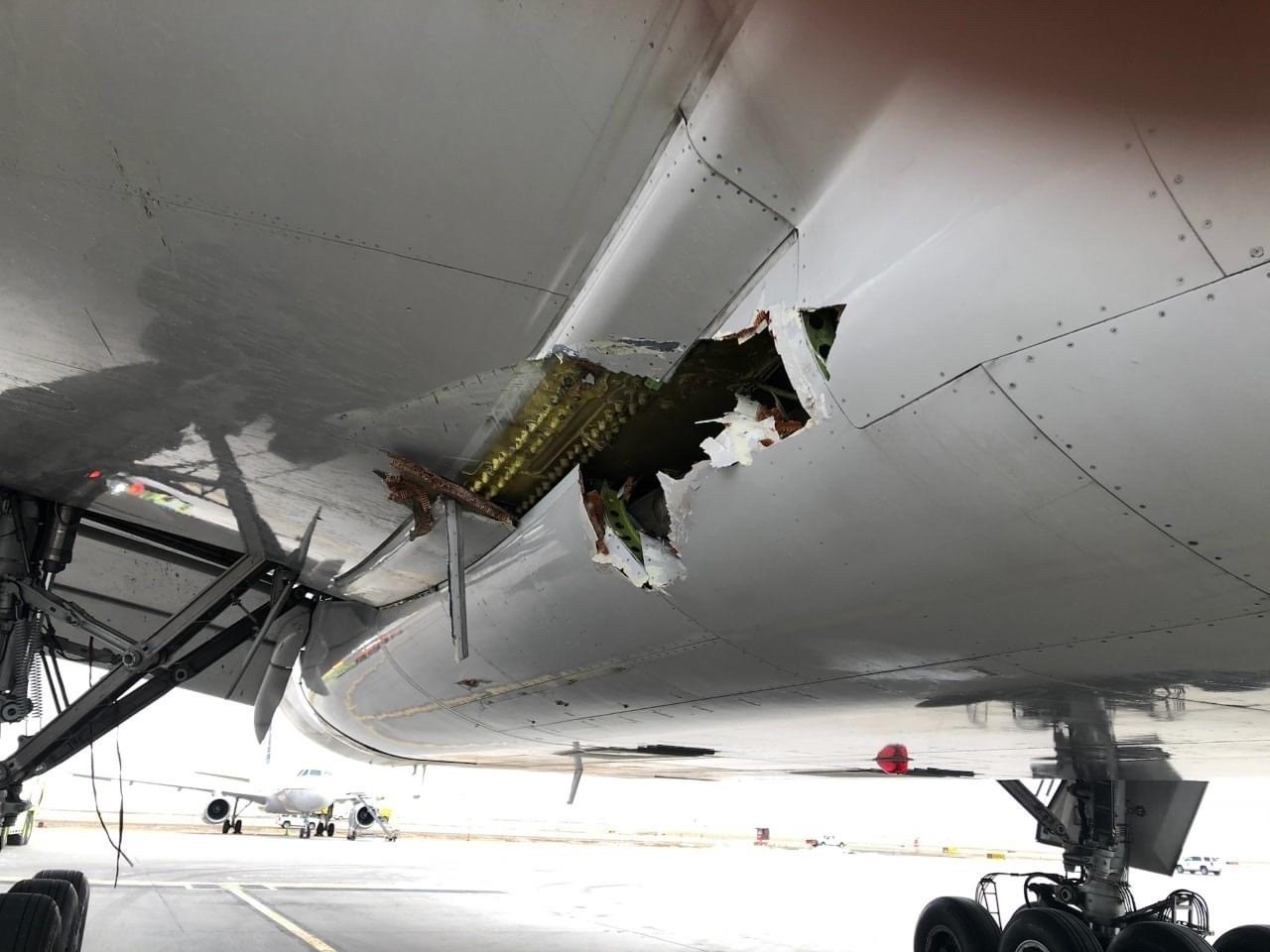 Pictures have emerged of the damage done to the United Airlines 777-200 that suffered an uncontained engine failure of one of its P&W 4000 engines on Saturday.

While most of the debris showered down on the neighborhood below some penetrate the aircraft’s structure.

However, the area impacted is not the fuselage itself but an outer fairing, made of a composite material that covers the wing to body join to make it more aerodynamic.

According to the NTSB Chairman Robert Sumwalt, there was no structural damage to the 777.

There appears to be no structural breach of the pressurized fuselage or leaks from fuel tanks.

What is clear from the photos is a loss of one fan blade and damage to a second.

This is identical to the failure experienced in 2018 to another United Airlines 777 with PW4000 engines and likely linked to a similar incident involving a JAL 777 in Japan in December.

Here the pictures of that incident.

The airplane, a Boeing 777-222, experienced a full-length fan blade fracture in the No. 2 (right) engine, a Pratt & Whitney (P&W) PW4077 turbofan, while in cruise flight shortly before the top of descent. The examination of the No. 2 engine revealed most of the inlet duct and all of the left and right fan cowls were missing. Two small punctures were found in the right side fuselage just below the window belt with material transfer consistent with impact from pieces of an engine fan blade.

The issue said the NTSB was the inspection process as outlined by P&W at the time and was to change after that incident.

The details of the Japan Airlines incident are again identical to the United incident and the picture below, from Aviation Herald, shows similar damage.