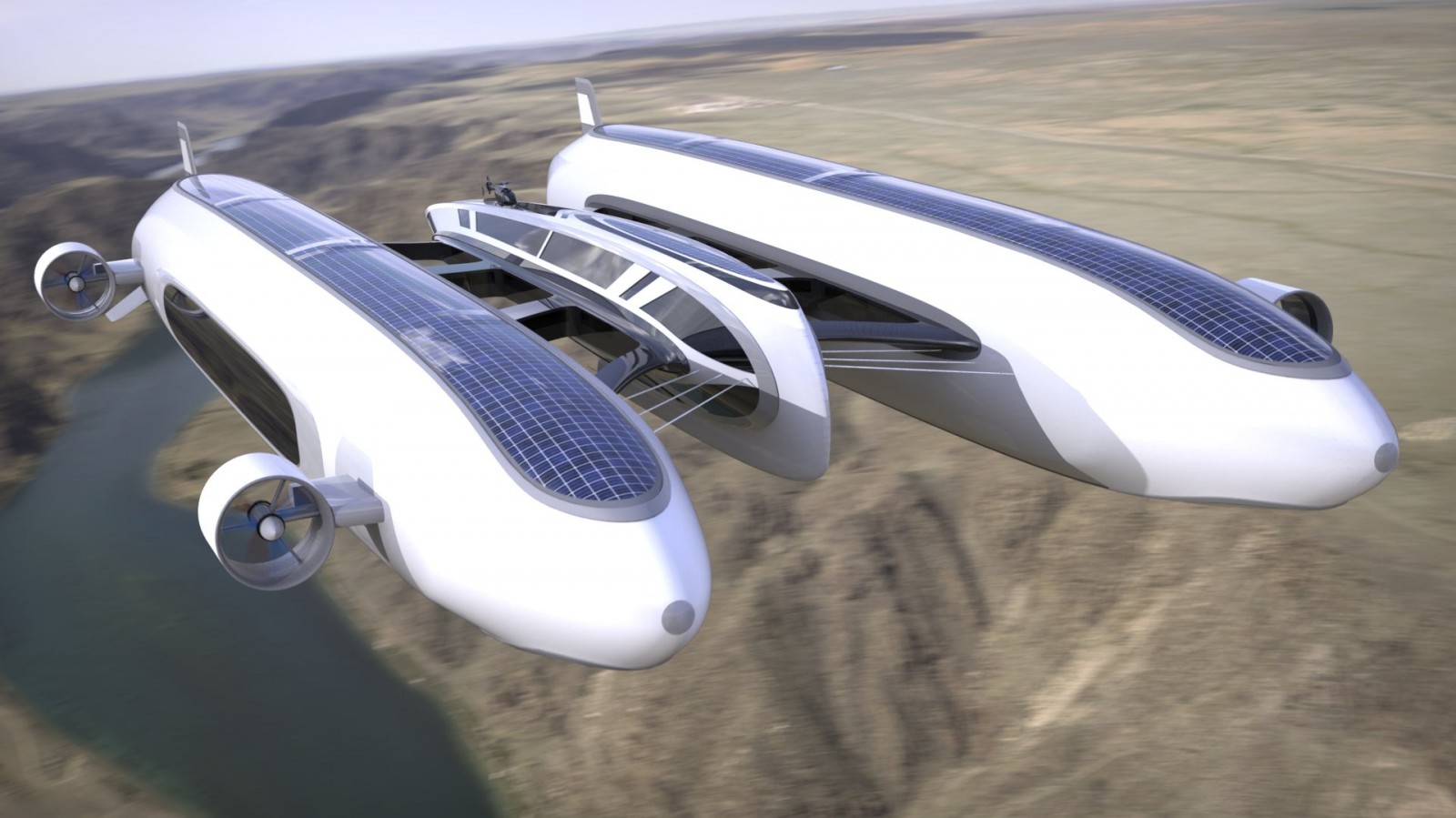 Called Air Yacht, the extravagant vehicle has been revealed in concept images from Rome-based firm Lazzarini Design Studio according to a Daily Mail report.

According to the website, “the dry carbon fibre structure can reach 60 knots thanks to four solar-powered electric propellers and two helium-filled blimps, allowing it to fly, hover and float on the water too.”

“Air Yacht stays airborne because its blimps are inflated with a gas that is lighter than air – in this case, helium – while it gets momentum from its massive propellers.

According to Lazzarini, the craft could fly at a maximum speed of 60 knots – nearly 70 miles per hour – for more than 48 hours.

The Daily Mail says “the Air Yacht is not an airship for public transportation or touristic purposes,’ says Lazzarini Design Studio, which has posted the new renderings on its Instagram page.”

‘It is conceived for a private owner with a vision of mega yacht/aviation evolution.’

The Daily Mail reports says the “Air Yacht takes to the sky thanks to two huge blimps, both of which feature central compartments inaccessible to passengers that contain the helium.

“Circling around the helium compartments within the blimps are concourses and private suites containing beds and washing facilities so that passengers can spend multiple days on Air Yacht during long voyages.

“There are five suites for passengers available on each blimp side with impressive sky window views.

“There’s even a wide, windowless viewing platform at the back of each blimp, which lets passengers see the waves splashing beneath them when on water, or alternatively get some fresh air at 5,000 feet when airborne.

“Both blimps are connected to a central compartment by four carbon bridges, through which passengers can walk.

“This central compartment acts as a communal space for passengers to gather, relax and eat meals. It provides a luxury viewing area for the passengers, featuring a swimming pool, carpeted lounge and a spacious living room with dining facilities.

At the bottom of each of the two blimps are so-called ‘inflatable basements’ that fill up with air when approaching water, allowing the vehicle to float when required.”

Lazzarini adds: “The Air-Yacht is pushed down from the rotation of the engines and can stand in the water through depressurisation of helium and ballast anchor system. It can sail quietly in the water with a speed of five knots.”