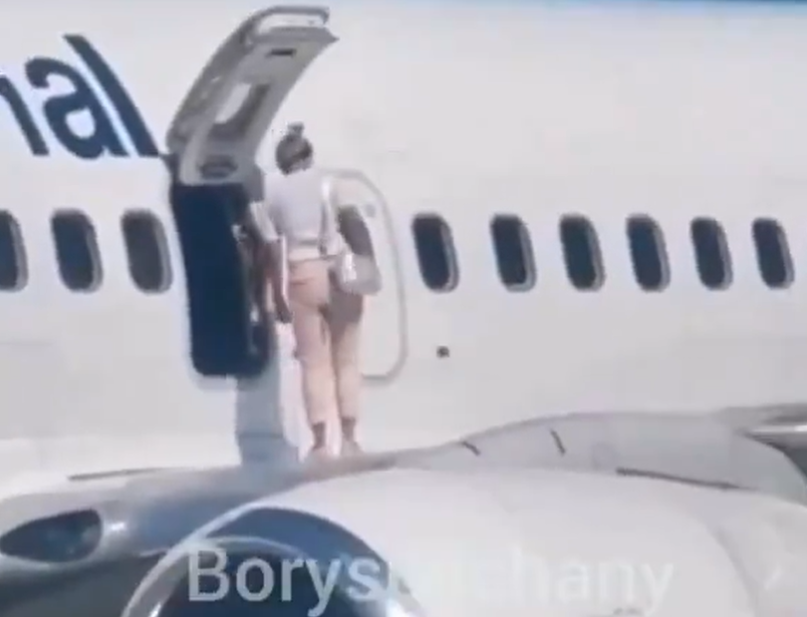 A female passenger has taken a walk on the wing of her plane because she said she was too hot.

Ukraine International Airlines said the woman “opened the emergency exit and went on to its wing” of the 737-800 just after it taxied to the gate at Kiev from Turkey.

Woman walks out onto wing of Ukraine International Airlines 737 at Kyiv Boryspil Airport after complaining she was too hot. 🤦‍♂️ https://t.co/RtoDiMYHLH pic.twitter.com/agpc4Vfakn

Reports say that the mother said she was “too hot”.

The video shows her strolling along the wing before climbing back inside the cabin to rejoin her family.

Passengers were deplaning but this mother decided it wasn’t fast enough.

It is reported that she was neither drunk nor on drugs.

She had apparently traveled with her husband and two kids for holiday before the start of the school term.

In a statement, it said: “A passenger of flight PS6212 Antalya-Kyiv illegally opened the emergency exit of the plane after it stopped near gate 11 of terminal D and went on to its wing.

“The passenger was flying on a charter vacation with her husband and children.

“The passenger was blacklisted for gross violation of aviation safety rules and behavior onboard.”