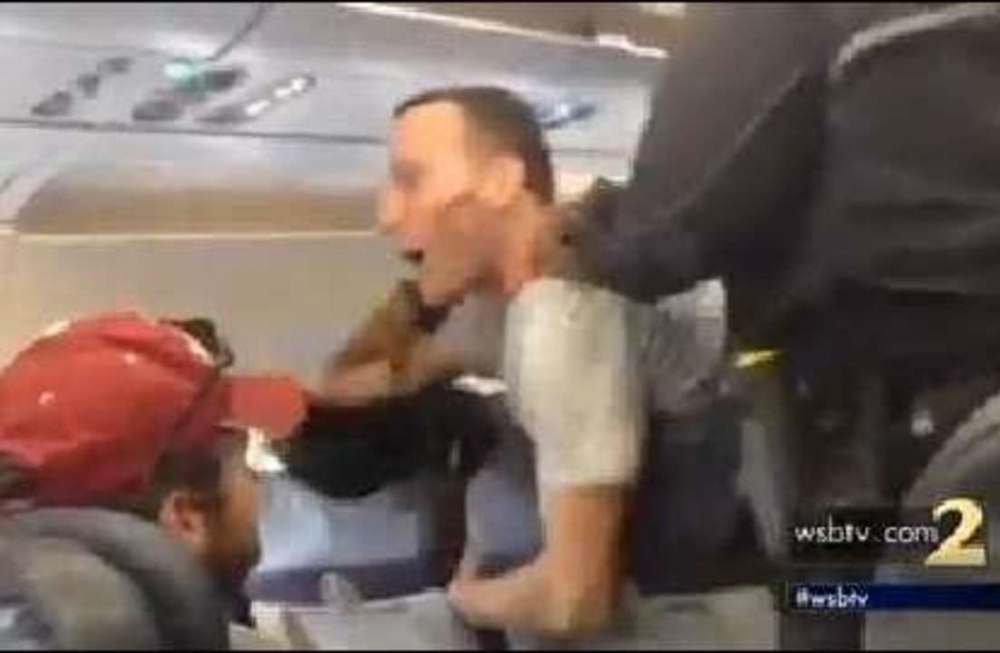 The number of unruly passengers who had to be restrained by cabin crew jumped almost 50 per cent in 2016, prompting renewed calls for global action on the problem.

Alcohol and failing to comply with safety regulations were again major problem areas, despite a fall in overall incidents from 10,854 in 2015 to 9,837.

But the rise in serious incidents is likely to add momentum to proposals  to introduce on-the-spot fines for misbehavior on aircraft,

About 87 per cent of the  incidents involved “level 1” threats that usually involve verbal abuse.

However, the proportion of level 2 threats  — which typically involve physical abusive or obscene behaviour, verbal threats of physical violence and tampering with emergency or safety equipment — increased a percentage point to 12 per cent.

The biggest cause of problems was intoxication due to alcohol or other drugs, including passengers consuming their own alcohol on board the aircraft  or drinking before boarding plane.

Most were level 1 incidents, but the 444 level 2 incidents accounted for about a third of the most serious problems in that category.

About half of the safety regulation non-compliance related to smoking on board with a third involving failing to obey directives such as turning off electronic devices.

Another 14 per cent involved seat belts.

The figures prompted a renewed call from IATA for all industry parties to address the unruly passenger issue.

“We need governments to play their part by enhancing the international legal deterrent,’’ IATA assistant director external affairs Tim Coleman said in a presentation. “But airports, airport restaurants and bars and duty-free providers have a particularly important role to play to ensure the responsible sales, marketing and promotion of alcohol to avoid incidents that involve intoxication that have to be dealt with in the air.”

A big problem for airlines is that jurisdiction over on-board incidents resides with the state where the aircraft is registered.

IATA is urging states to ratify a protocol, Montreal Protocol 2014, aimed at improving international cooperation on the issue and allowing the state where the aircraft lands to take jurisdiction.

the airline group believes this will act as a better deterrent through stronger enforcement.

About 12 states have already passed the necessary laws and others are known to proceeding with the process.

IATA is also part of a task force set up to amend an International Civil Aviation Organisation document known as Circular 288, which provides guidance on legal aspects of unruly passengers.

This will look at introducing on-the-spot fines similar to those used in New Zeland and the US.

“Think of this as like a speeding tickets for motorists,’’ Coleman said. “You get an infringement notice and you can either pay a fine or appeal it. We believe this is an important opportunity in some cases for unruly passengers to face the consequences of their actions, again acting as a better deterrent.”