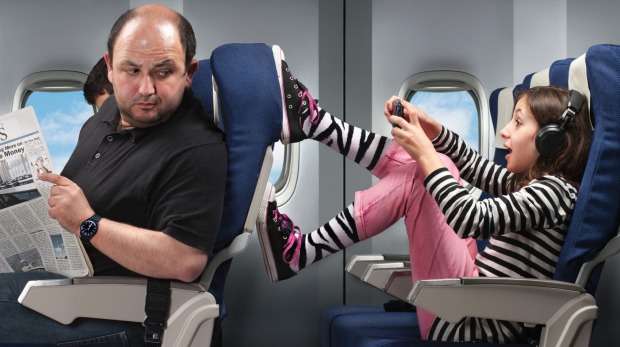 Airlines are calling for increased action against unruly passengers, including on-the-spot fines, as the number of air rage incidents has increased sharply in the past two years.

Airline umbrella group the International Air Transport Association says that between 2007 and 2015 there was one reported incident of air rage every 1683 flights for a total 49 084 incidents.

While just  11 per cent involved physical aggression directed at crew or passengers or damage to the aircraft, IATA believes action should be taken.

And none of the incidents should be considered trivial, according to IATA senior vice president for member and external relations Paul Steele.

“No it’s not, because any incident that could potentially endanger the safety of an aircraft is something you have to take seriously,’’ Steele said.

“And unfortunately, we have seen an increase in unruly passenger incidents being reported over the last few years.”

One problem, according to Steele, is that prosecutors often do not take action against disruptive passengers because it is not seen to be in the public interest due to cost.

He said there was a wide spectrum worldwide in terms of ways the issue was approached.

This ranged from a need to clarify the legal jurisdiction in some countries so that police can take a passenger off a plane when it lands and charge them with an offence,  to a New Zealand system, where airport police could issue on-the-spot fines.

“Having a deterrent like that will help reduce the number of cases,’’ he said.

Steele said the vast majority of incidents were handled well by crew, who were trained to calm situations where people were acting aggressively.

“But we also want to make sure there are penalties that are available to governments, law enforcement and also to the airlines to try to deter this kind of behaviour,’’ he said.

Asked what is behind unruly behaviour, Steele said: “In many cases passengers either don’t understand the rules of traveling on an aircraft or they choose not to understand those rules.

“They can get aggressive, for example, when asked to turn off their mobile phones.

“Some years ago, there was often a link that could be made to alcohol or drug abuse. But we found that actually only 23 per cent are related to substance abuse, which is still too much, and we are working with a whole range of stakeholders to try and minimize that.’’

He also had a theory about the recent rise in incidents.

“I think there is a trend in society that people think ‘I need to satisfy my own needs immediately and do what I want to do now.’,’’ he said. “But this is happening in a safety-controlled environment.

“Maybe we as airlines need to do a better job as to explaining to passengers why these rules are there. They are there to protect them. And they need to observe them, otherwise they endanger themselves and others.’’

IATA is urging countries to ratify the Montreal Protocol 2014,  which aims to close jurisdictional gaps still existing in many countries for dealing with unruly passengers. Twenty-two states need to ratify the treaty to bring it into force but just eight have done so.