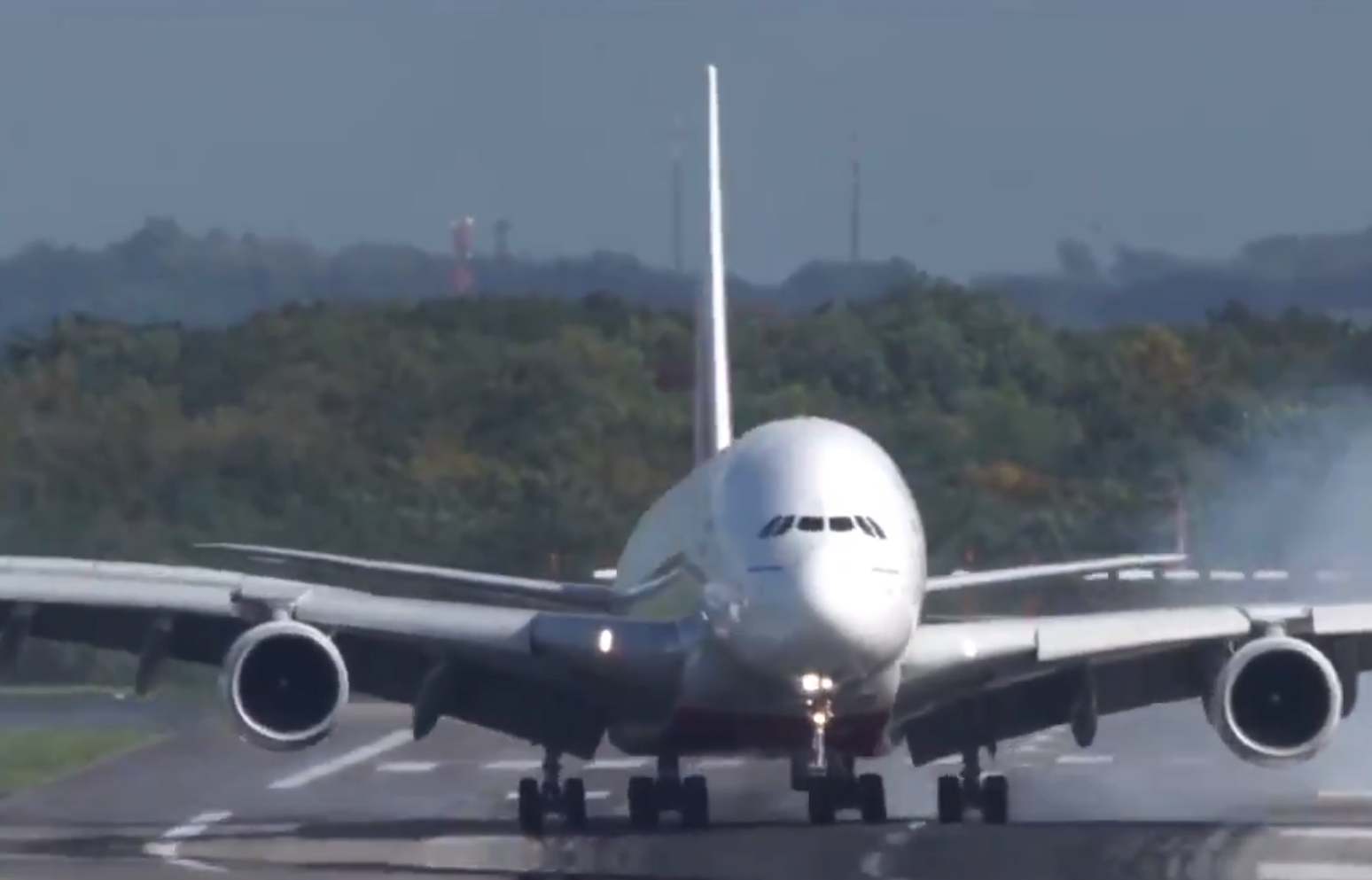 An amazing video of an Emirates A380 landing in severe crosswinds demonstrates how tough the Airbus superjumbo is.

The Emirates video was uploaded by Airplane Pictures.

This takes great skill and the results – if not done properly – are often quite spectacular as shown in this video of the Emirates A380.