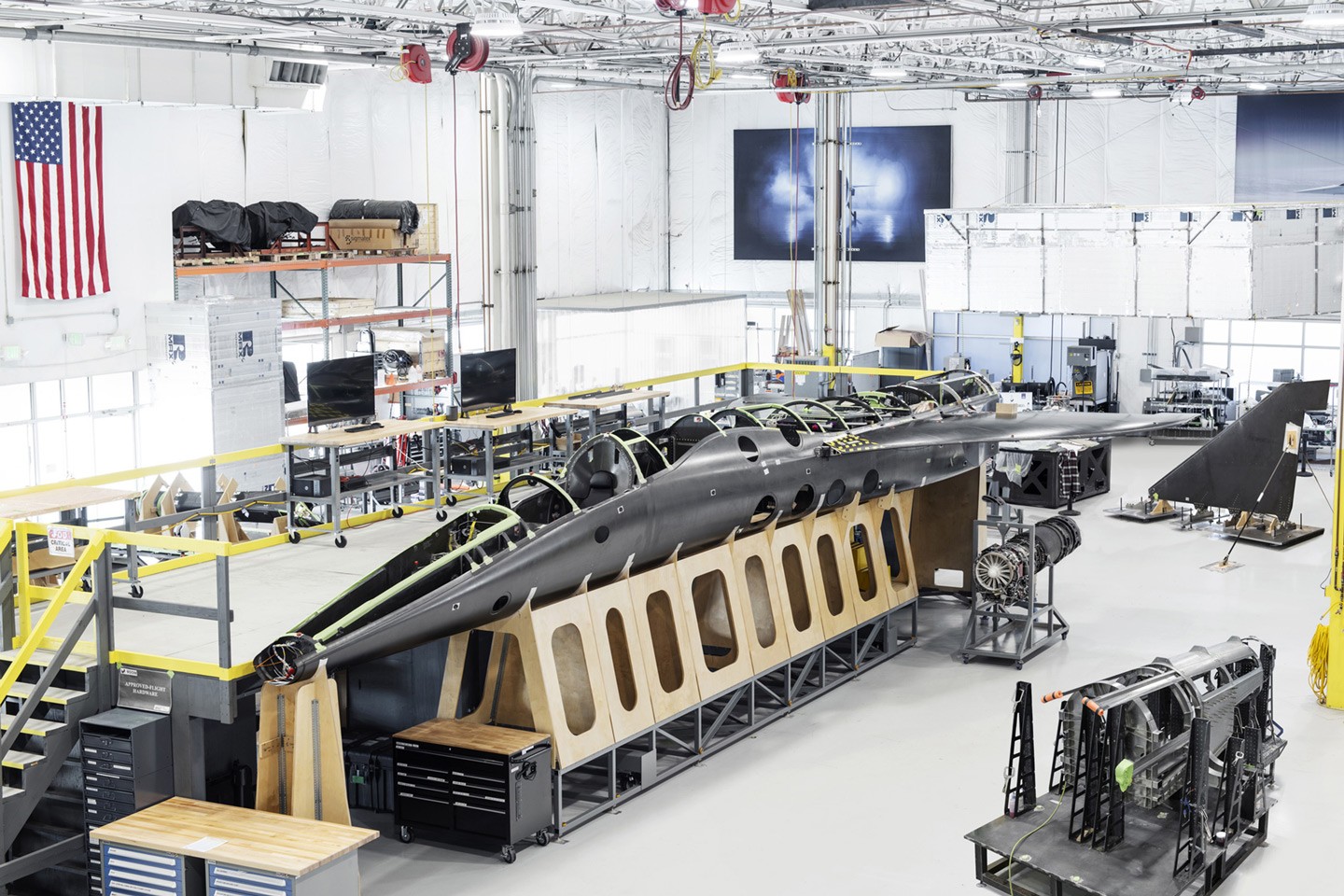 The supersonic age for passengers will roll out on October 7th when Boom unveils its XB-1 scaled prototype of the future of top-end air travel.

The XB-1 rollout is a major milestone for Boom and for the future of commercial supersonic travel.

As the first independently-developed supersonic jet, XB-1 is paving the way for mainstream supersonic travel and supporting the development of its supersonic airliner, Overture.

The fuselage is complete, the wings tested and installed and the engines are ready to fire up.

In April, the manufacturing team installed XB-1’s wing to the forward fuselage in a quick and seamless operation.

Boom says that it has made significant progress to the aft fuselage build-up which hosts the XB-1’s three supersonic engines.

The XB-1’s titanium aft fuselage can withstand temperatures in excess of 800°F.

Drop tests for XB-1’s nose and main landing gears are also underway, while the pilots are training in the flight simulator.

Boom Supersonic is the only private supersonic company funded all the way through to flight test says chief executive Blake Scholl.

Mr. Scholl told AirlineRatings in an exclusive interview at last year’s Paris Air Show that there would be many thousands of test-flight hours for the XB-1.

The prototype is a proof of concept before production of a full scale 50-seat supersonic airliner, to be called the “Overture”.

The timeline for the planned entry into airline service has now also slipped from the previously envisaged 2023-24 to between 2025 and 2027.

But Mr. Scholl revealed interest among airlines was huge, adding: “We talked to almost every airline doing long-haul on the planet”.

Boom’s first major airline partner in the development of the first privately built supersonic airliner and the second ever after Concorde, retired in 2003, is Japan Airlines with an option for 20 aircraft.

“The important role of JAL is to help us make the aircraft practical, they help us with passenger experience and operations”, said Mr. Scholl.

The Boom chief said at the time “we’ve already learned a ton from them and they’ll help us to build an aircraft that they’ll be happy to have as well as many other airlines.

“They want to enjoy a first-mover advantage in supersonic and have invested 10 million dollars.”

The deal with JAL was something that didn’t come lightly but was the result of a thorough two-year evaluation process behind the scenes. The project’s other airline partner, with ten aircraft options, is Virgin Atlantic.