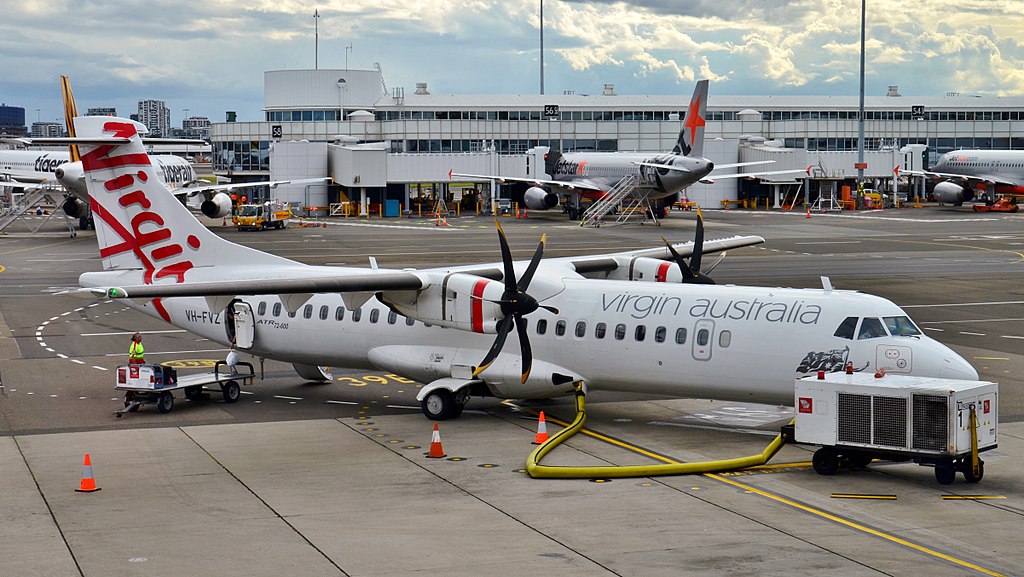 Australian air safety investigators are looking into a rare double flame-out on a twin-engine commuter plane descending into the nation’s capital.

Both engines on a Virgin ATR-72-600 turboprop, registration VH-FVN, experienced problems near Canberra Airport on December 13.

Although the disruptions were momentary and the aircraft landed safely, the probability of both engines shutting down during a flight is low and the Australian Transport Safety Bureau (ATSB) is treating the incident as serious.

Turboprops use gas turbine engines to power the propeller and a flameout occurs when the flame in the combustion chamber is extinguished.  A flameout is believed to occur once in every 100,000 non-military flights, according to Air & Space Magazine.

“While the aircraft was descending through 11,000 ft in heavy rain, the right engine’s power rolled back (decreased) and the engine flamed out,’’ The ATSB said. “The engine automatically re-started within five seconds.

“The descent continued and, while passing through 10,000 ft, the left engine’s power also rolled back and that engine flamed out before automatically relighting.

“The crew selected manual engine ignition for the remainder of the flight and the landing.”

Although engines are designed to cope with extremely heavy rain, experts say it is normal to switch to continuous ignition as a precaution when heading into storms.

This allows an engine to quickly relight in the case of a flameout, as was the case with the Virgin ATR.

The aircraft spent three days on the ground before being returned to service. Virgin said the incident had not impacted customers and it was assisting the ATSB with its inquiries.

The ATSB has downloaded the flight data recorder and is gathering additional information that will be included in a final report.

“Should a critical safety issue be identified during the course of the investigation, the ATSB will immediately notify relevant parties so appropriate action can be taken,’’ it said.

There have been a number of instances of jet engines flaming out in bad weather, not all of them with the happy ending in Canberra.

In 1977, a Southern Airways DC-9 was forced to land on a highway in the US state of Georgia after suffering hail damage in a thunderstorm and losing thrust in both engines. Sixty-three people died.

In 1988, A Salvadoran Boeing 737 operated by TACA flew through thunderstorms around New Orleans when both engines quit.

The crew managed to relight them but they would not accelerate from idle speed and dangerously rising tailpipe temperatures forced the pilots to shut them down again.

The captain dead-sticked the aircraft into a levee embankment and ditched the plane without loss of life.

In 2002, a Garuda Indonesia Boeing 737 flight encountered severe thunderstorm activity on approach to Yogyakarta and suffered a flameout in both engines.

The pilots  tried several times to restart the engines but were forced to ditch in a shallow river with the loss of one life.